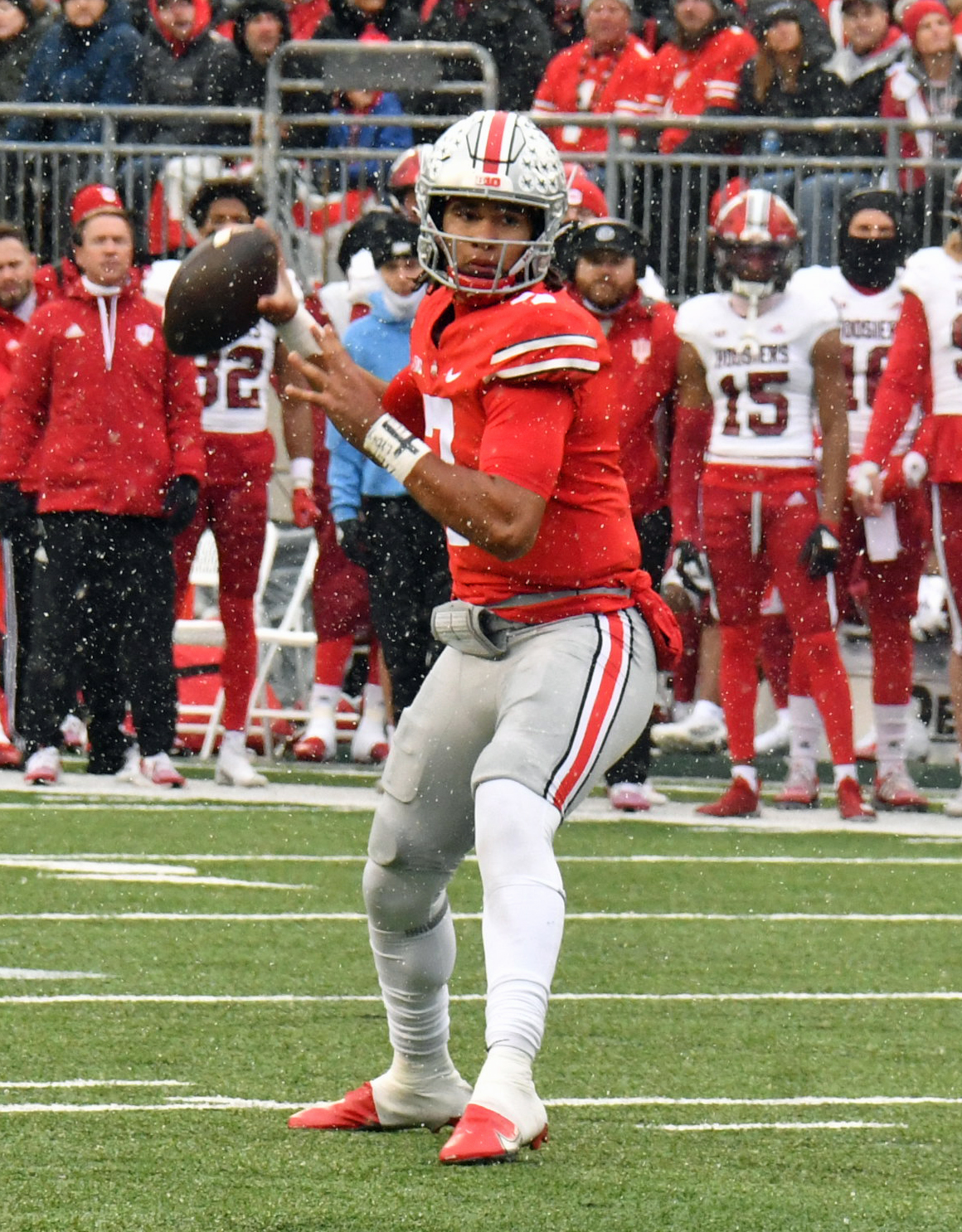 Ohio State quarterback C.J. Stroud was named the Big Ten Offensive Player of The Week, for the third time this season, on Monday for his role in the Buckeyes’ 56-14 drubbing of Indiana.

Stroud shook off any doubt behind his Heisman Trophy candidacy against the Hoosiers, completing 17 of 28 attempts for 297 yards and five touchdowns. He also continued his progression as a rushing threat, only carrying the ball four times while amassing eight yards but showing a newfound willingness to tote the ball.

Stroud was also named Big Ten Offensive Player of the Week on Sept. 19 — thanks to a five-touchdown outing against Toledo — and Oct. 10, in which he was honored after throwing for 361 yards and six scores against Michigan State.

On the national level, Stroud is tied for the most touchdowns, tallying 34, while running away with the highest passing efficiency (188.2) — 6.4 points better than Tennessee’s Hendon Hooker.