Stage Is Set For Thad Matta’s Return To Ohio State 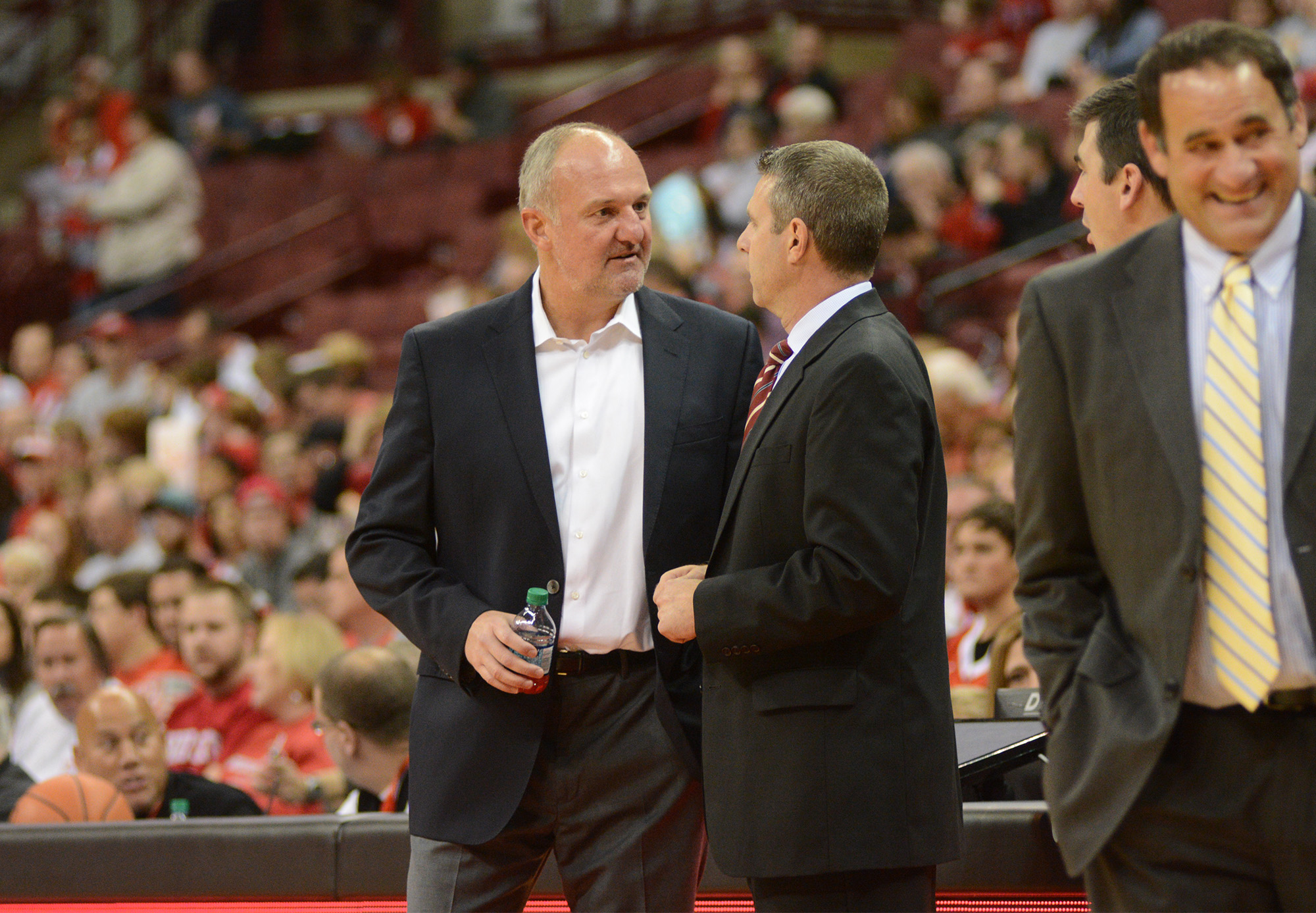 After a season away, Ohio State is set to honor former head coach Thad Matta on Wednesday night during halftime of the men’s basketball team’s game against Syracuse.

Matta, who coached at Ohio State from 2004 until he was let go ahead of the 2017-18 season, helped the Buckeyes to nine NCAA Tournaments and four Final Fours, including one berth in the national title game. He won five Big Ten regular season titles with the Buckeyes on his way to 337 wins overall.

After his departure, Ohio State began putting the wheels in motion for a return in order to honor Matta and his family. Coach Chris Holtmann, who was hired to replace Matta ahead of last season, credited athletic director Gene Smith for the idea, and noted that Matta himself chose which game to attend.

“We are recognizing Coach Matta and his family and their incredible contributions to this university and obviously the basketball program,” Holtmann said. “So that should be hopefully a really rewarding night for him and his family as they get a chance to come back.

“It was his choice – the game was his choice. Gene had mentioned it a while back, really, about wanting to bring Thad and his family back. We had talked a little bit about it last year, but I think the timing was better this year. … I can understand, I think Thad wanted his family here and he wanted his daughters here and I think one of his daughters is attending a trip maybe next semester. So we said, ‘Hey, whatever game you want, we’ll make it work.’

“So he chose a game in which we’re going to see 40 minutes of zone.”

Matta is set to be joined by his wife, Barb, and his daughters, Ali and Emily.

Holtmann, who has led Ohio State to a 6-0 start this season, said there’s no concern about awkwardness when it comes to honoring the man he replaced. He stressed that he has deep respect for Matta and what the former coach was able to accomplish in Columbus.

“It’s not like Thad and I talk every week, but we’ve always been friends, casual friends, and I think he’s incredibly deserving of all of the good will that comes his way and I was really excited that Gene spearheaded this idea,” Hotlmann said.

The Buckeyes and Syracuse are set to tip off at 7:15 p.m. at Value City Arena. The game is scheduled to be broadcast on ESPN2.