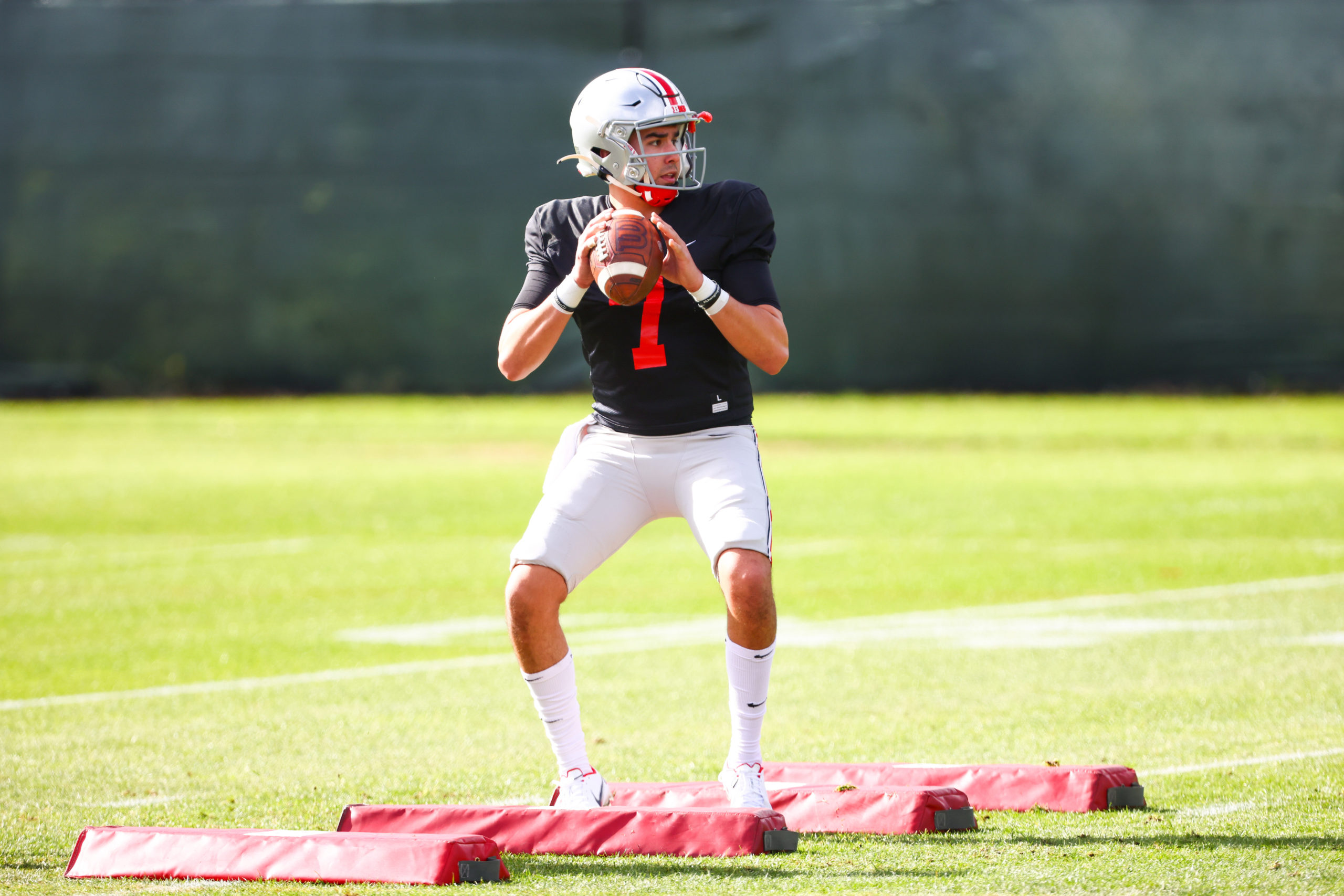 The most significant narrative heading into the Rose Bowl is that Ohio State will be without wide receivers Chris Olave and Garrett Wilson, offensive tackle Nicholas Petit-Frere and defensive tackle Haskell Garrett. Yes, this is meaningful, and it clouds my judgment for how the Buckeyes might fare against Utah in Pasadena, Calif., but I don’t think the momentum shifts entirely in the Utes favor without these four players available.

Ohio State perennially sits at the top of the national recruiting rankings. Therefore, they have the country’s best players available every week. That should be no different in the Rose Bowl – regardless of the missing players. The Buckeyes never rebuild; they always reload.

No Olave and Wilson? That’s alright. Here are top 100 wide receiver recruits Julian Fleming, Marvin Harrison Jr. and Emeka Egbuka. No Petit-Frere? No worries. Thayer Munford is an All-American who played tackle for four seasons. No Garrett? Sure. Let’s see what Tyleik Williams and Mike Hall can do.

Ohio State will win the Rose Bowl if it gets out to an early lead. It will take a lot for Cam Rising to keep Utah in the game using his arm. If the Buckeyes can stop the Utes run game – similarly to how they shut down Michigan State by containing Kenneth Walker III – then I like their chances of winning. However, if Utah sticks around and can chew the clock with Tavion Thomas, then the Utes could sneak out a win after the sun drops behind the San Gabriels.

But for now, I’ll take the Buckeyes.

There are bad matchups, and then there’s this Rose Bowl. For an Ohio State team without two future first-round wide receivers, its starting left tackle, a starting defensive tackle, and several injured contributors – including starting middle linebacker Cody Simon – it would be difficult to find a worse team to draw for the final game of the season. Fresh off a severe beating at the hands of Michigan, done largely on the ground, Ohio State is set to face off with the run-heavy, physical Utes of Utah, playing in their first-ever Rose Bowl.

Of course, even without Chris Olave, Garrett Wilson and others, Ohio State is still the more talented team. But talent hasn’t been enough for these Buckeyes against the most physical foes on their schedule, and now quarterback C.J. Stroud is without his two most explosive targets. Ohio State could still find a vertical passing attack with youngsters Julian Fleming, Marvin Harrison Jr. and potentially Emeka Egbuka stepping into larger roles, but the plug-and-play passing attack is no given in the way it was at full-strength.

Without big plays to buoy an offense that has struggled at times this season with stringing together long drives (and with running the football) and with a banged-up defense just ready for the season to end, Utah claims the edge up front and across the board on the intangibles. The Utes grab an early lead with a long drive and never surrender it, despite flashes of brilliance from future Buckeye stars getting their first significant playing time in the scarlet and gray. It’s not a lost game because of those youngsters, but it is a loss on the stat sheet, giving Ohio State its first season with at least three losses since the beginning of the Urban Meyer era in 2012.

This game is about much more than capping off the 2021 season with a win. While Ohio State certainly would like to end the year on a positive note, this Rose Bowl contest is about taking momentum into next season.

The Buckeyes have four starters opting out, and this gives an opportunity to players like Emeka Egbuka, Marvin Harrison Jr., Julian Fleming and Tyleik Williams, who will be featured much more heavily next season, a chance to make an impression going into the offseason.

That said, Utah truly does appear to want it more. This is the first Rose Bowl appearance for the Utes, and though a few players on Ohio State’s roster were around in 2018, the Buckeyes’ last appearance, there’s a noticeable lack of energy for The Granddaddy of Them All. It doesn’t help for Ohio State that Utah, an impressively physical team, does all the things that plagued the Buckeyes against Minnesota and in losses to Oregon and Michigan this season.

On paper, Ohio State is clearly the more talented team, but it will come down to whether or not the Buckeyes have come to Pasadena to play or simply want to fast forward to the offseason. Utah has fire behind them, and it might just lead them to the first Rose Bowl win in team history.