Staff Predictions: (6) Ohio State vs. (9) Washington In The Rose Bowl 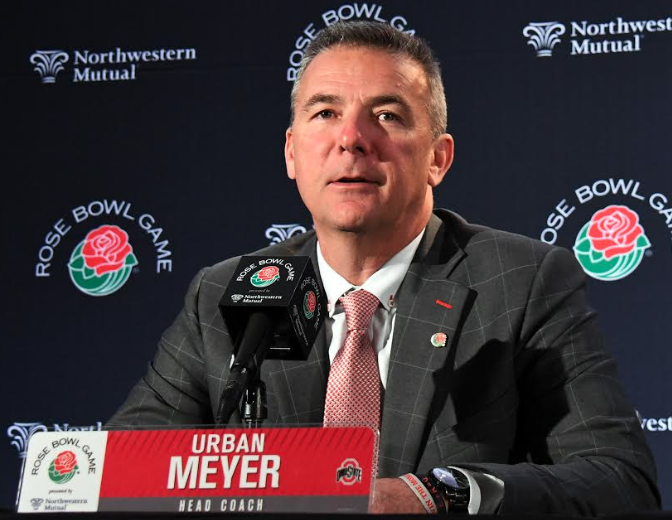 LOS ANGELES – Ohio State and Washington are set to face off in the Rose Bowl on Tuesday afternoon, marking the last game of Urban Meyer’s career as the Buckeyes’ head coach.

Ahead of the 5 p.m. ET kickoff in Pasadena, Calif., the BSB staff took a stab at predicting the outcome. Here’s what they had to say:

Urban Meyer’s last game as Ohio State’s head coach figures to be a memorable one.

Not only will his last game come on college football’s biggest stage, it will come in a traditional Big Ten/Pac-12 champion matchup, something the Rose Bowl hasn’t had since the 2013-14 season.

As far as the game itself goes, Ohio State might have won this game by 25 if this matchup had come three weeks ago. The momentum the Buckeyes had, especially on offense, after wins against Michigan and Northwestern was as good as anyone in the country. However, a near month layoff can take a team out of rhythm offensively, and I think that will hurt the Buckeyes a bit in this one.

All of that said, an Ohio State loss would shock me. Washington will make some plays, especially in the run game, but I don’t think they have the talent to hang with the Buckeyes. On top of all of that, you know the Buckeyes will want to win this game for Meyer, and that means something, no matter how much they downplay it.

Here’s one thing I’m pretty sure of: Ohio State is not going to lose Urban Meyer’s last game.

Ohio State has arguably the best offense in the country with the most productive quarterback in the nation leading the way. The defense, while it has struggled to limit big plays at times, seems to be coming into its own down the stretch this season and can certainly do enough to limit scoring opportunities for the Huskies.

Meyer’s retirement is a factor, too, at least from a motivation standpoint in an era when bowl games have lost some luster. The players will be ready to go, and Ohio State’s talent is going to shine through.

I expect Dwayne Haskins to get the 420 passing yards necessary to reach 5,000 for the season, and he’ll hit the 50-touchdown mark with at least three scoring strikes as well. The defense will come up with a few big plays and a key interception to keep Washington under 25 points as the Buckeyes run away with a blowout win.

It’s been a long month, but I don’t think Ohio State has forgotten about several driving factors of motivation for its Rose Bowl against Washington.

Before the No. 6 Buckeyes found out about head coach Urban Meyer’s retirement on Dec. 4, they were already feeling disrespected by being left out of the College Football Playoff –  and ranked behind No. 5 Georgia –on Dec. 2.

Then sophomore quarterback Dwayne Haskins went to New York as a Heisman Trophy finalist and ESPN acted like he wasn’t even there, which bothered his teammates.

OSU didn’t necessarily light up Northwestern in the Big Ten Championship Game on Dec. 1, a 45-24 win over the Wildcats that was closer than the final score indicates, but both sides of the ball have shown sharp improvements –starting in a 62-39 rout of Michigan in The Game on Nov. 24.

In looking at the Huskies, who backed their way into “The Granddaddy of Them All” with a 10-3 win over Utah on Nov. 30, it’s hard to think that they have the athletes and speed on offense or defense to keep Ohio State contained.

The Buckeyes have a lot to play for, from those aforementioned sources of motivation to players such as junior defensive tackle Dre’Mont Jones and junior running back Mike Weber who are trying to shoot up NFL draft boards with another big game.

Taking out sophomore left tackle Thayer Munford, who remains a game-time decision, might make for a rather significant loss on the offensive line, especially against UW’s front seven.

OSU should still be able to take care of business pretty handily if it clicks the way it can, though, sending Meyer out into the Southern California sunset and capping an 83-9 stint in Columbus on quite the high note Tuesday.