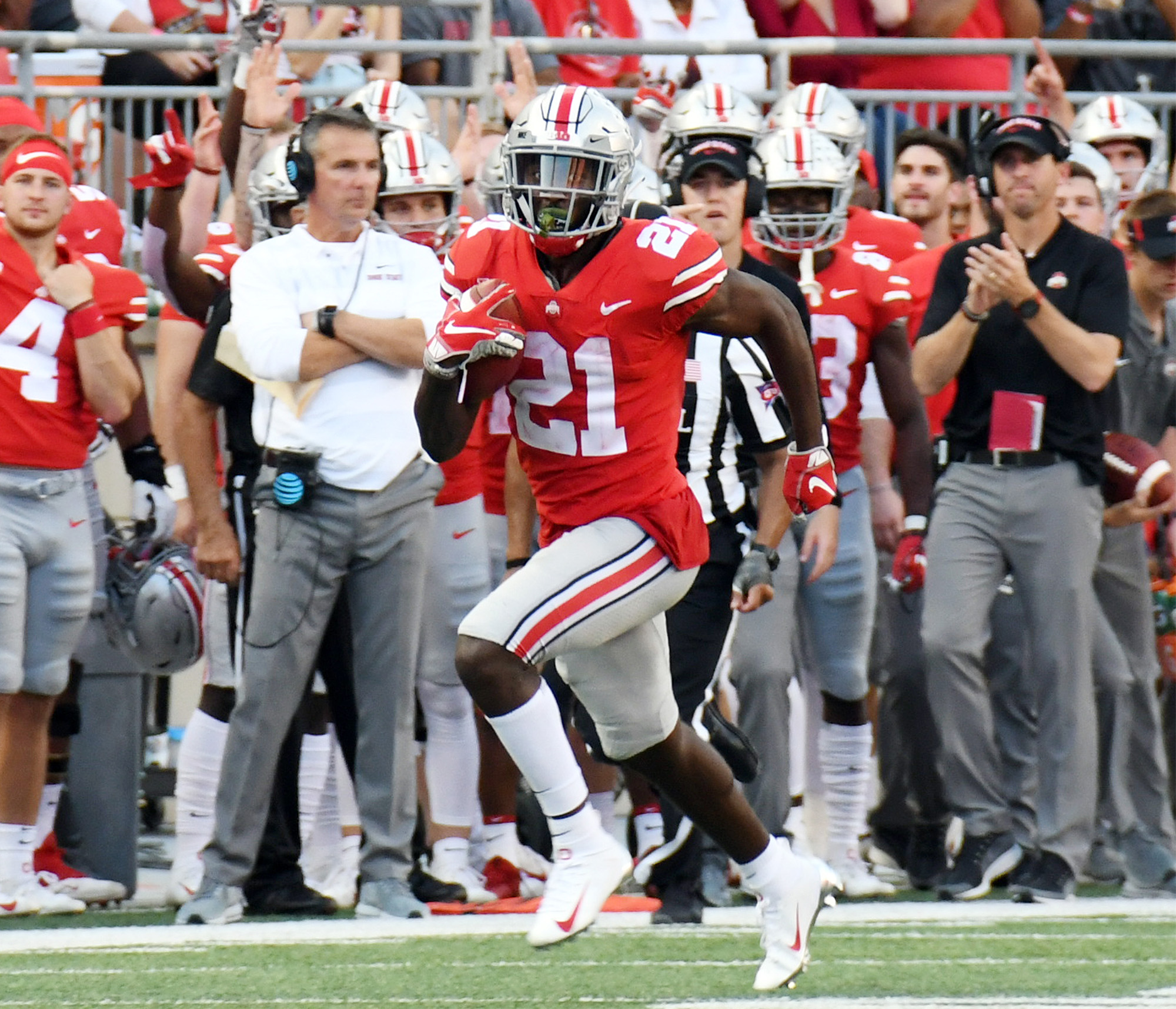 No. 3 Ohio State (6-0, 3-0 Big Ten) is set to host Minnesota on Saturday at Ohio Stadium for a noon kickoff. The Golden Gophers enter the game with a 3-2 record and an 0-2 mark in conference play after they dropped consecutive contests against Maryland and Iowa.

The Buckeyes, for their part, have plenty to prove – especially on defense – with the second half of the regular season set to get underway. As always, the BSB staff took a stab at predicting what will transpire in the Horseshoe on Saturday. Here’s what they had to say:

After a 3-0 start against lesser competition, Minnesota fell to Maryland 42-13 and Iowa 48-31 prior to Saturday’s showdown in the Horseshoe. While the Golden Gopher defense ranks No. 21 in the country in total defense, allowing just 324.2 yards per game, it has not opposed an attack comparable to the Ohio State offense.

The Buckeyes boast the No. 5 scoring offense (49.0 points per game) and rank No. 4 in total offense (565.7 yards per game). The Scarlet and Gray average 364.7 yards per game through the air, and Minnesota will likely game plan to try to slow down Dwayne Haskins and his litany of receivers after daring Iowa’s Nate Stanley to throw proved to be ineffective.

Third downs will be critical. Ohio State converts 50 percent (42 of 84) of third-down attempts, while Minnesota converts just 34.3 percent (24 of 70) of attempts. The Buckeye defense has struggled in Nick Bosa’s absence but will look much better against the Golden Gophers, who rank No. 111 in total offense (341.4 yards per game).

Ohio State survived its “trap game” with relative ease, dispatching Indiana with just some minor bumps in the road. I don’t foresee many bumps this week against Minnesota.

The Gophers are without arguably their two best players in Rodney Smith and Antoine Winfield Jr., and the Buckeyes are hitting on all cylinders offensively. The Golden Gophers allowed 48 points last week to an Iowa offense that ranks ninth in the conference in yards per game (398.4). Ohio State’s offense ranks first in that category, filling up the stat sheet with 565.7 yards per game.

Minnesota isn’t without some talent, however. Wide receiver Tyler Johnson is one of the best in the Big Ten, catching 28 passes for 402 yards and six scores through five games this season. At 6-2, 200 pounds, he has the frame to make some plays against Ohio State’s press-man coverage. However, if he can’t extend the field deep for the Gophers, I don’t see this one being very close.

On paper, a matchup with Minnesota looks like the perfect remedy for Ohio State’s defensive woes. The Golden Gophers are a downhill running team that averages just 3.5 yards per carry, and they have a freshman walk-on quarterback who, while impressive for his situation, has completed just over 50 percent of his passes with eight touchdowns to five interceptions.

Sometimes, what’s on paper doesn’t matter. This time, though, I think the Buckeyes will thrive. The linebackers – long the scapegoats, even though they’ve actually performed at a high level – will be able to keep everything in front of them, and the defensive backs will have plenty of chances to make confidence-boosting plays against an overmatched offensive attack.

Chalk this one up as a great day for the Silver Bullets.

On the other side, I’m not sure there’s a team in the country that can completely stop the Fighting Dwayne Haskins, and I’m not sure the Gophers can even slow them down. Expect Haskins to have another big day – let’s say four more touchdowns – and I’d be surprised if the run game doesn’t get going at least a little bit in this one.

We’ll finally see Tate Martell after a two-week hiatus in close games, and he’ll remind everyone once again why he’s a future star in Columbus.

Oh, and a true freshman will score a touchdown. Either Jeremy Ruckert or Master Teague.

Ohio State took a slight step back against Indiana, but the following Big Ten matchup brings the Buckeyes a reeling opponent of sorts in Minnesota. After the Golden Gophers got off to a 3-0 start, conference matchups with Maryland and Iowa dumped 90 points on head coach P.J. Fleck’s rebuilding squad. Dropping to 0-2 in Big Ten play and 3-2 overall, Minnesota walks into a buzz saw at OSU. But the Gophers, to their credit, prevent the big play as head coach Urban Meyer has mentioned. They rank 21st in total defense with 324.2 yards allowed per game (5.07 yards per play).

At the same time, Ohio State counters with college football’s No. 4 total offense (565.7 yards per game, 7.01 yards per play) and shows no signs of slowing down. Although the ground game needs to get going, sophomore quarterback Dwayne Haskins continues to amaze with an aerial attack – particularly with big plays and downfield passes – that has yet to be slowed for all four quarters six games into the season.

The pass rush remains slowed by injuries, highlighted by junior defensive end Jonathon Cooper’s unknown status, but the Buckeyes likely bring enough weapons in the trenches. Much has been made about 6-9, 400-pound right tackle Daniel Faalele among the size on Minnesota’s offensive line. With or without Cooper, improved health for junior defensive tackles Robert Landers and Dre’Mont Jones – plus junior defensive end Jashon Cornell’s call to step up – should create a scenario where OSU dials up the pressure to get after true freshman quarterback Zack Annexstad.