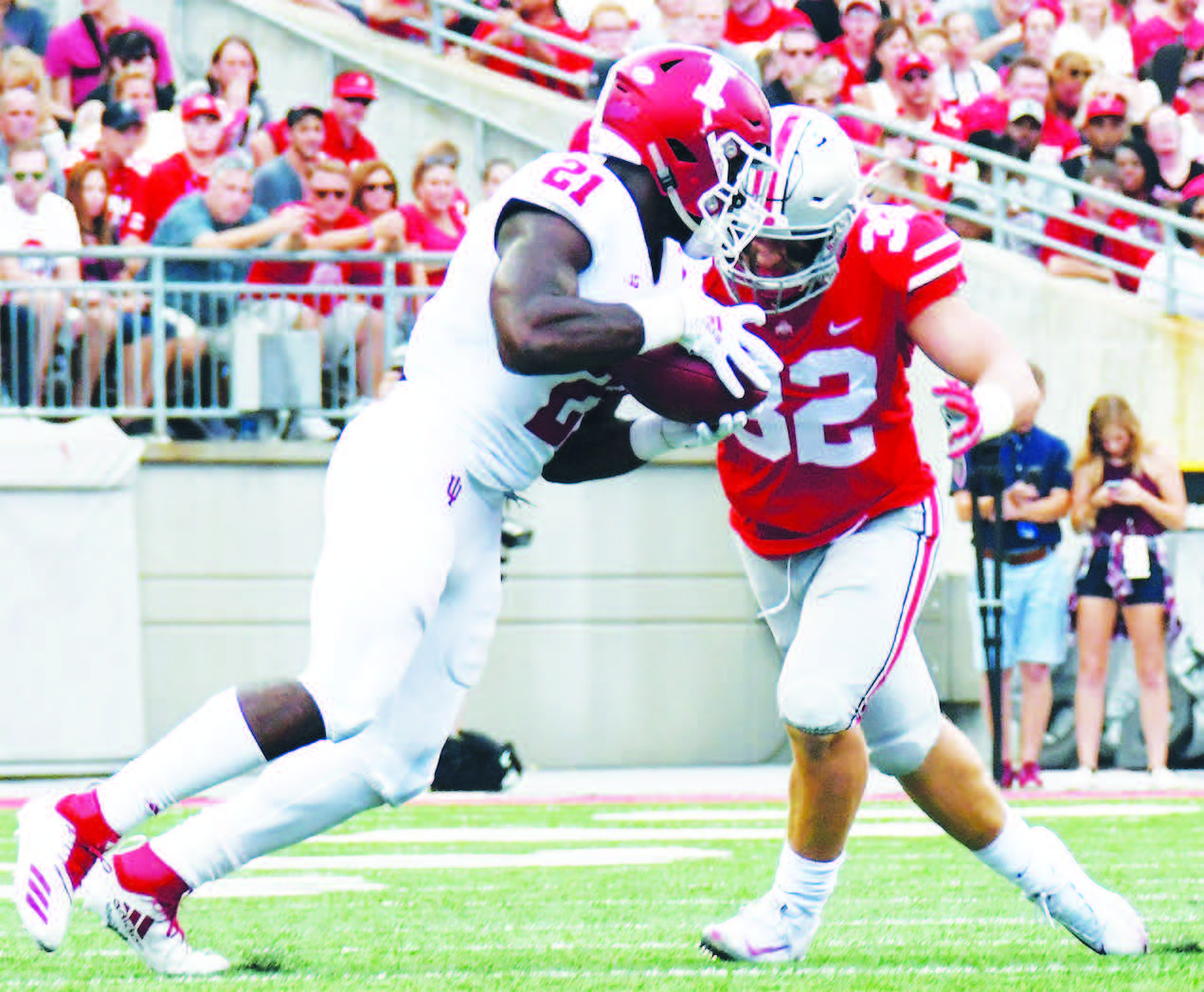 So far in 2018, Ohio State is 6-0, but the defense hasn’t hit its stride. The Buckeyes have given up 26 or more points in four games already, but a matchup with the Minnesota Golden Gophers on Oct. 13 in Ohio Stadium will present a new challenge.

For the most part this season, the Buckeye defense has faced fast-paced, spread attacks, including four straight matchups (TCU, Tulane, Penn State, Indiana) with running quarterbacks. Minnesota, though, boasts a power-running scheme behind a massive offensive line – including freshman right tackle Daniel Faalele (6-9, 400), who will make his first career start this weekend.

“Big, physical team,” Ohio State junior defensive tackle Davon Hamilton said of Minnesota. “We haven’t faced a lot of downhill running, so it’s going to be a challenge for us, especially up front.”

The main threat for Minnesota heading into the season was Rodney Smith, who picked up 154 yards on just 25 carries in two games before suffering a season-ending injury. Now, Bryce Williams carries the load, going for 311 yards and a touchdown on 79 carries in five games. Mohamed Ibrahim has 258 yards on 48 carries (5.4-yard average) while wide receiver/tight end Seth Green has 28 attempts for 93 yards and five scores, mostly out of the wildcat.

The Gophers aren’t likely to gash Ohio State for big gains on the ground, but a consistent power game can prove frustrating for the defense and it can drain the clock, keeping the ball out of the hands of Dwayne Haskins and the Buckeye offense.

It will be up to the Silver Bullets to limit that ground game and make sure Minnesota doesn’t eat the clock.

To some extent, the new look could provide a boost for the Buckeye defense after a few off games.

“I think it makes it a little bit easier,” sophomore linebacker Pete Werner said of facing a downhill running attack. “They do a good job of double-teaming the guys up front. We just have to fit our gaps, go up and – it’s going to be assignment football, something that is not necessarily tough mentally, but it is physically.”

Werner noted that Minnesota is a tough team, but there won’t be any complications for the Ohio State defense. It will be assignment-based football, and if the Buckeyes stay in their lanes, then it could be a big day for the stop troops.

“As far as challenges, I don’t see that there’s anything that they do that’s going to be challenging for us, but I see a downhill, physical team,” Werner said.

If the Buckeyes can limit the run game, that will make things much harder for the Minnesota offense. The Golden Gophers have a true freshman walk-on starting at quarterback, and while Zack Annexstad has been impressive in a tough situation, coach P.J. Fleck won’t want to rely on the rookie to move the ball.

Werner noted that the Buckeyes have plenty of respect for Annexstad, but they’ll be more focused on stopping the power run.

“We were going over the scouting report yesterday and we saw that there were two freshman quarterbacks and one of them who’s a walk-on and they’re starting – that’s crazy,” Werner said. “We saw that, we were like, ‘Wow, this guy must be the real deal.’ And as far as (how) he’s done so far in the season, he’s done pretty well. He doesn’t have that freshman walk-on mentality. He’s kind of stepped up, taken the role and he’s doing very well for them.”