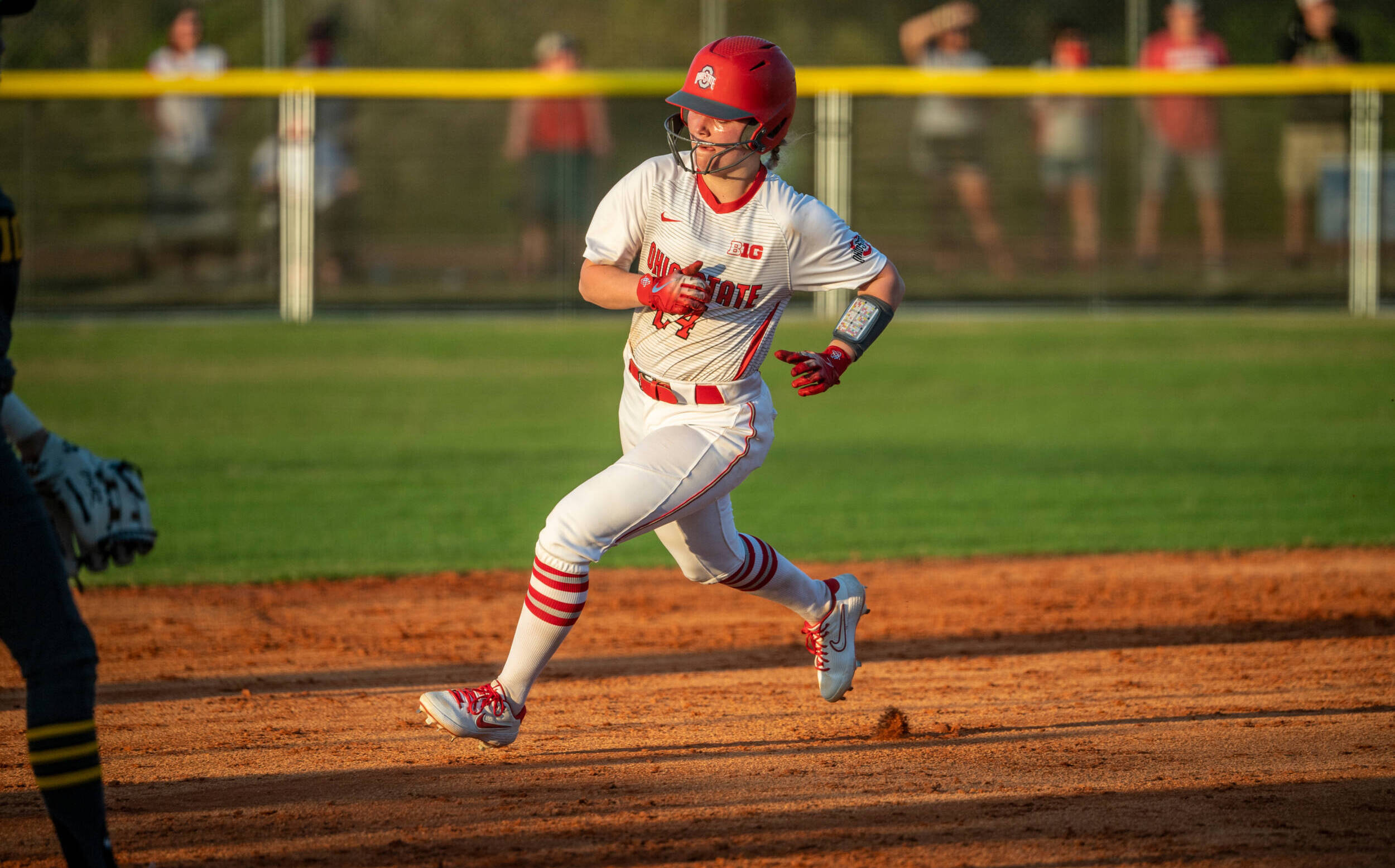 Ohio State softball catcher/utility player Sam Hackenbracht earned Big Ten Player of the Week honors for the second time in four weeks on Tuesday after an electrifying performance at the plate in a four-game series against Rutgers.

The sophomore from Massillon, Ohio hit .778 for the weekend, knocking three home runs out of the park, while contributing five RBI and scoring nine runs to help lead the Buckeyes to three crucial wins against the Scarlet Knights.

Thanks in part to five intentional walks over the final two games of the series, Hackenbracht reached base on 13 of her 15 trips to the plate, good for an astronomical .867 on-base percentage.

It’s been a dominant season in general for Hackenbracht. She has a .342 batting average on the season, with a Big Ten-high 10 home runs, 21 RBIs and another league-high .803 slugging percentage. She was named the Big Ten Player of the Week on April 6 as well after a dominant series against Penn State.

As a defender, she’s tied for the conference lead in runners caught stealing from behind the plate, with nine.