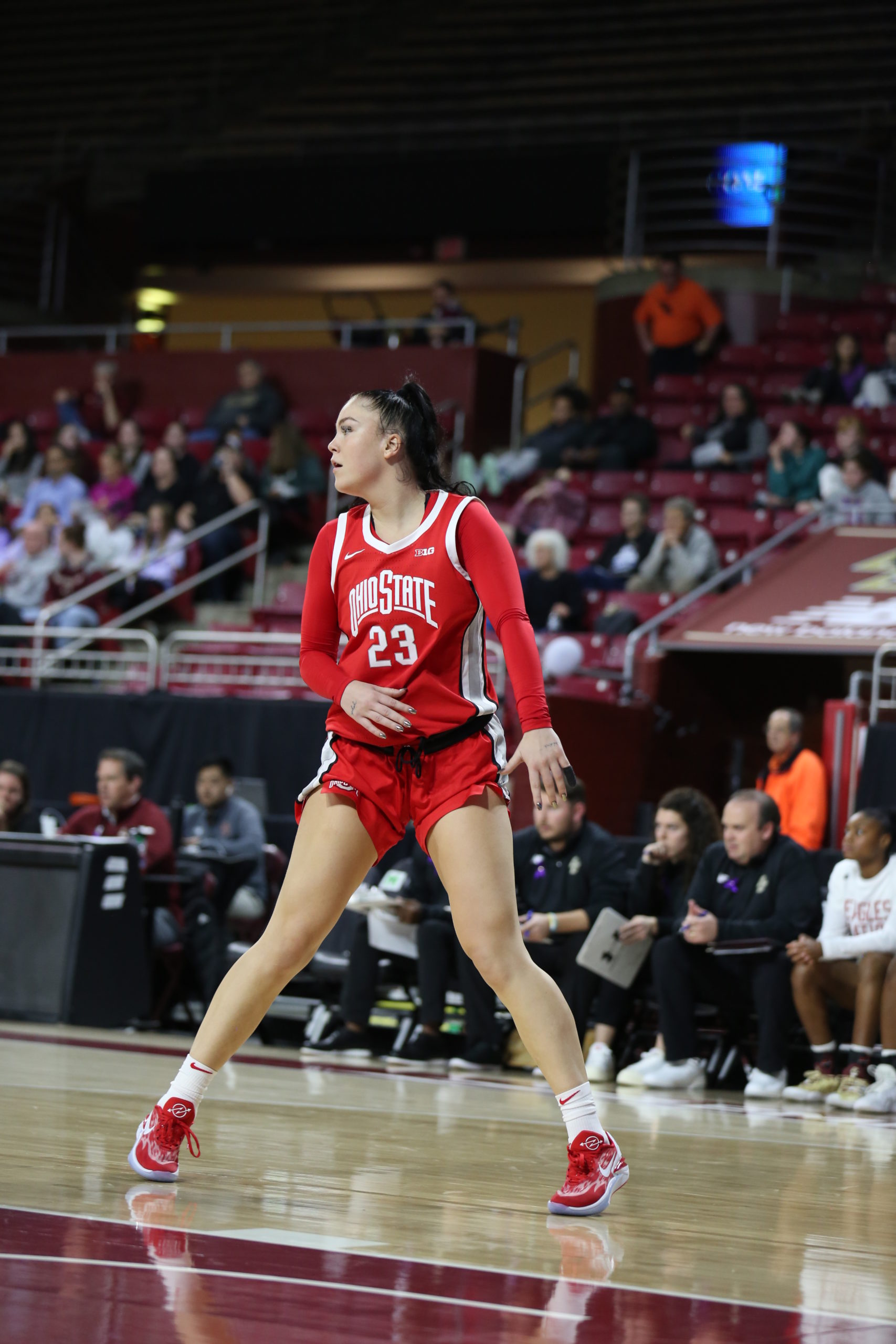 If Ohio State guard Jacy Sheldon wasn’t already on the radar of WNBA scouts entering this season, her performance in Ohio State’s 82-64 win at Boston College on Nov. 13 has almost certainly cemented her name among the league’s brass.

Sheldon picked up a double-double on points and steals, finishing with 14 points on 7-of-14 shooting and a career-high 11 steals, the fourth-career double-double for Dublin, Ohio, native, as the Buckeyes forced 36 turnovers of the Eagles, resulting in 39 points. Through two games this season, Ohio State had 76 points off 65 turnovers.

While the final was a dominant result for Ohio State, the Buckeyes let Boston College hang around early, holding just a 17-16 advantage despite forcing 10 first-quarter turnovers. The Buckeyes were sloppy with the ball as well, turning it over six times during the frame, and shot just 38.9 percent from the field in the first 10 minutes.

The uncontrolled play stretched into the second quarter, as the teams combined for six turnovers — three by each squad — in the first four minutes. The Eagles eventually took a 22-21 lead on a layup by Andrea Daley following a turnover by Ohio State guard Madison Greene, but a triple from guard Taylor Mikesell kickstarted a 21-3 run to close the half for the Buckeyes, who went into the locker room with a 42-25 lead.

During that run, the Buckeyes were 8 of 10 from the field and forced seven turnovers, offering no reprieve for the Eagles that had no answers for Ohio State’s deadly press.

Ohio State kept the pressure up un the second half, never letting the deficit reach fewer than 12 points and seeing the lead grow to as many as 25 points at times. The Buckeyes forced 16 turnovers and shot 44.4 percent from the field in the final two quarters for the 82-64 final.

Sheldon’s 11 steals were the most for a Buckeye since former Ohio State guard Tomeka Brown stole the ball 10 times in a game at Northwestern on Feb. 17, 2002. Ohio State was also boosted against the Eagles by forward Rebeka Mikulášiková, who notched her fourth-career double-double with a game-high 23 points and 10 rebounds.