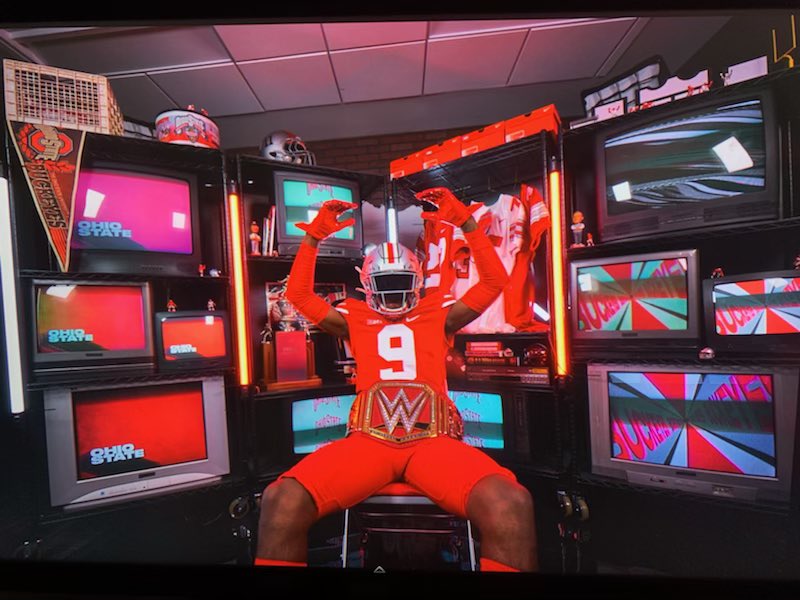 Ohio State held the first of several one-day recruiting camps on Wednesday, and prospects from upcoming classes – all the way from 2023 through 2026 – showed up for the opportunity to work out in from of the Buckeyes’ coaching staff.

These camps – of which Ohio State will host several more throughout the summer – provide the chance not only for the staff to see these prospects in person, but to offer them if the situation is right. With that being said, Ohio State offered seven prospects following the conclusion of Wednesday’s camp, including a quarterback that could be in play for the Buckeyes in 2023.

Novosad (6-3, 185) is a four-star quarterback from Dripping Springs, Texas, who has been committed to Baylor since December. His willingness to travel all the way from Texas to Ohio, however, indicates he could be willing to flip from the Bears. He holds additional offers from Colorado, Kansas, Stanford, TCU, Texas Tech and Washington State, among others.

Another quarterback in attendance was San Diego (Calif.) Scripps Ranch three-star Jax Leatherwood (6-6, 215), a Nevada commit. He holds Power Five offers from Colorado, Nevada and San Diego State but did not receive an offer at Ohio State’s camp.

Elsewhere in 2023, Ohio State offered Cincinnati Winton Woods three-star cornerback Jermaine Mathews (6-0, 175). Listed as an athlete on 247Sports, Matthews is the No. 555 overall prospect in 2023 and the No. 15 recruit in Ohio, but his stock is rising. Beyond his Ohio State offer, he’s received recent offers from Minnesota, Oklahoma and Penn State.

For any of these prospects – Mathews included – it may soon turn into a race to get into the class as spots fill up.

While an Ohio State offer will always be of note, it appears Thompson may not be long for the Buckeyes. His 247Sports crystal ball predictions lean heavily toward Michigan State, who offered Thompson on Feb. 11, 2021, and has hosted him for several unofficial visits over the past year-and-a-half.

Several 2024 prospects were in attendance on Wednesday, and a notable one that received an offer was New Haven, Ind., wide receiver Mylan Graham (6-1, 200). Graham has yet to receive a star ranking, but holds offers from Indiana, Purdue and Notre Dame.

Also receiving an offer Wednesday was Cincinnati Taft four-star defensive end Elias Rudolph (6-4, 220), one of the top pass rushers in 2024.

He holds offers from Arkansas, Kentucky, Michigan, Purdue and Tennessee, as well as Clemson and Pitt, two schools who are heavily recruiting the Ohio product. He is the No. 207 overall prospect and No. 16 defensive end in 2024, according to 247Sports.

And while he had already received an offer, it should be noted the dominant performance of Loganville (Ga.) Grayson defensive end Tyler Atkinson (6-3, 190), a member of the 2026 class who impressed during individual drills on Wednesday. It’s anyone’s guess where Atkinson could end up over three years from now, but Ohio State is in early on what appears to be one of the top prospects in his class.