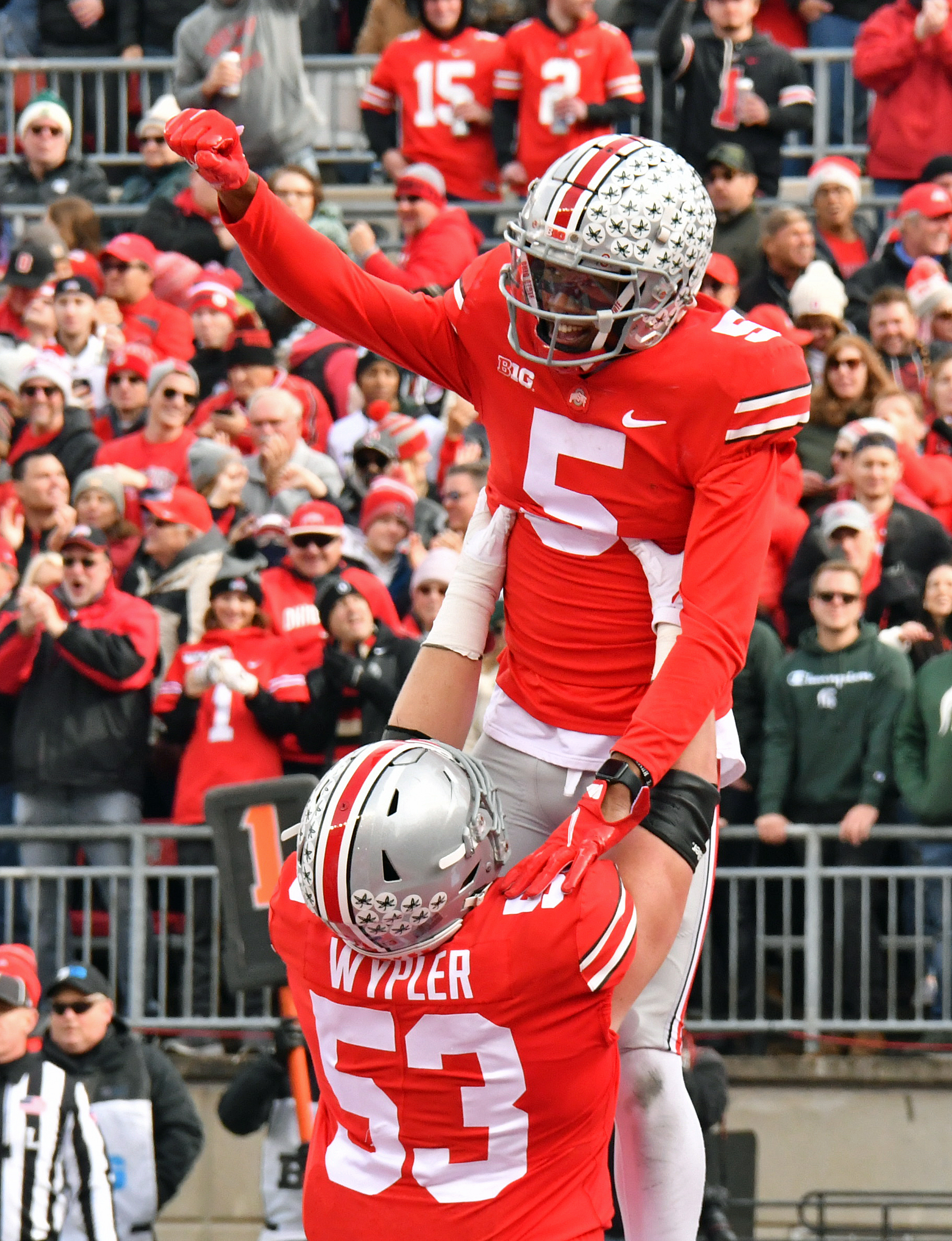 The NFL announced the full list of draft prospects invited to the NFL Scouting Combine, set for March 1-7 in Indianapolis, and seven former Ohio State players were among the 324 players invited.

Players will have a chance to participate in drills alongside their peers, get updated measurables and interview with interested teams ahead of the 2022 NFL Draft, which begins April 28.

Olave and Wilson are widely projected as first-round selections, but otherwise, it gives Ohio State’s other invitees a final chance to boost their draft stock.

Buckeyes that previously announced their intention to enter the 2022 NFL Draft but did not receive a combine invite include cornerback Demario McCall, defensive tackle Antwuan Jackson and running back Master Teague III.