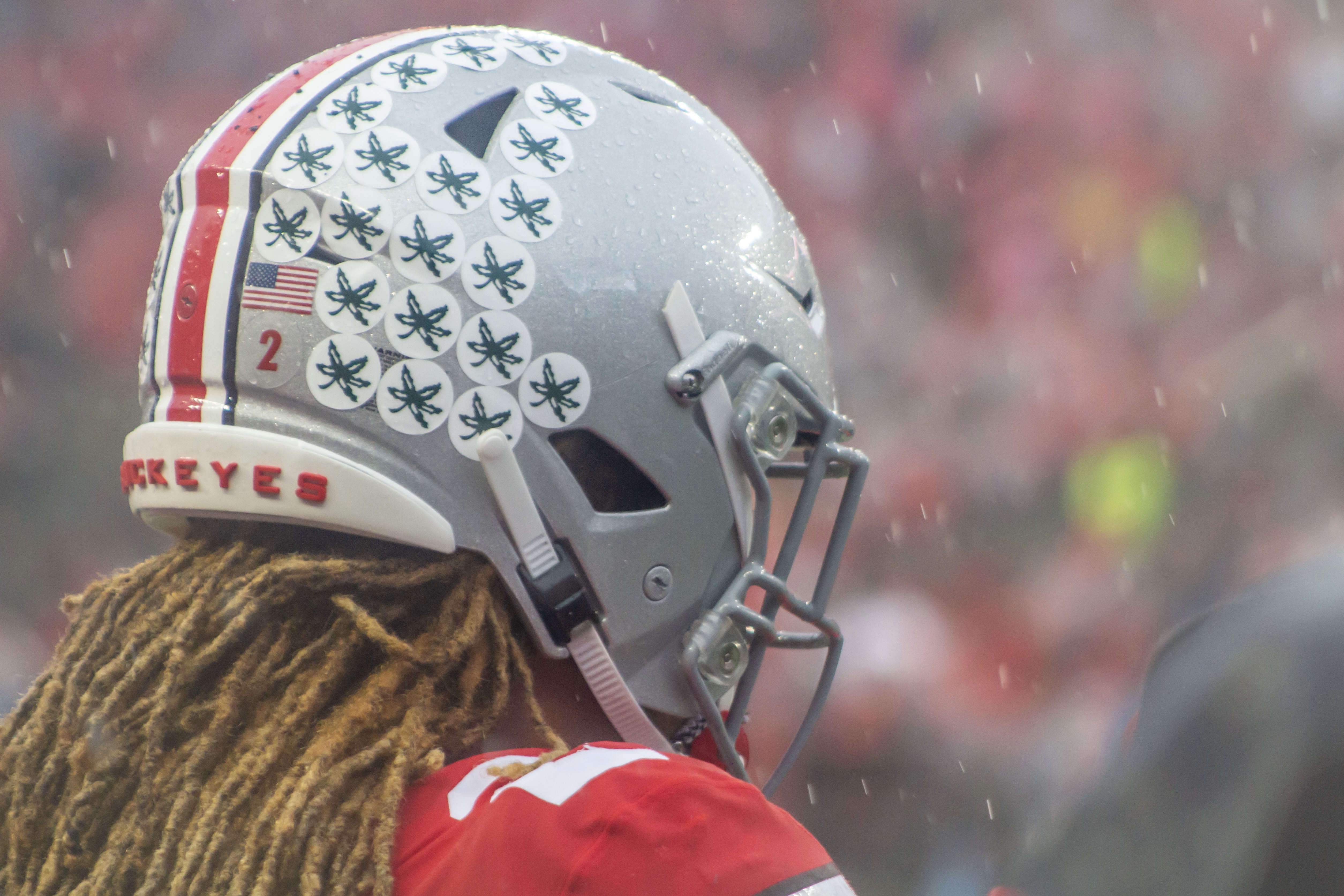 What is there to say about Ohio State defensive end Chase Young that hasn’t been said?

The 6-5, 264-pounder from Maryland was as dominant as any defender in the country in 2019, and broke Ohio State’s school record for sacks in a single season, despite missing two games right in the middle of it. He’s near the top of the list when naming the best defenders in school history, and seems to be as close to a generational prospect as you’ll find on the defensive line in the past decade.

All of the superlatives are deserved. Young was unstoppable during his junior campaign, and it took essentially the entire season for any team to figure out a way to even slow him down. As he was quick to point out at the combine, even when teams like Michigan, Wisconsin and Clemson did manage to keep his relatively contained, he still impacted the game as much as anyone else on the field.

“Being the best defensive end isn’t about sacks, it’s about being the most disruptive player on the field,” Young said. “You can do that without having a sack. I had a lot of quarterback hits, a lot of pressures. If you study [the tape], you would see that. You’ll see how they changed their whole offensive game plan for one guy.”

Checking the tape, Young’s comments are confirmed. The Wolverines, Badgers and Tigers had to dedicate two or even three blockers to Young on every single play, and that opened up the line for the other 10 Buckeyes on the field to attack.

That isn’t going to be feasible in the NFL, at least not on every play. That means that at some point, Young will be blocked one-on-one, which means that he will put up numbers at the next level, both in rushing the passer and in stuffing the run, one of his less talked about skills but an elite one regardless of buzz around it. The former Buckeye is simply too talented to fail in the NFL.

Young’s versatility plays a massive role in making him so difficult to deal with for offensive linemen. Had he run at the combine, he would have shown confirmed what we already knew from watching him play: Young has the speed and agility of an elite linebacker with the size of a run stopping end. Because he’s so fast, paired with a massive frame and immense strength, he’s able to get to the backfield more often than not by just out-working his opponent and blowing right by them, like he did here.

Now, this isn’t what makes Young unique. Athletic freaks exist, and can make plays like this because of their speed and strength. What makes Young so special is that this isn’t all that he can do. The tackle here is a step slow and gets crushed because of it, but he’s a step slow in part because he isn’t sure that the speed rush is coming. Young doesn’t always go to the outside like a typical “athletic freak” edge rusher. He has the hands, footwork and technique of a Dwight Freeney, paired with the natural gifts of a Jadaveon Clowney. He’s an impossible player.

Take this play here. The tackle stays out in front of the speed rush, so Young (who was actually a sophomore in this clip) uses his strength to create separation like he’s a defensive tackle, and shrugs off the block to get back inside and get to the quarterback. There’s no winning against him. If the tackle over pursues out, Young shoves him and gets inside. If the tackle stays in, Young runs around him.

Even when he’s blocked perfectly or double teamed, he’s able to find his way into the way of the ball carrier and make a play.

It probably isn’t the best use of him, but he has the ability to play as a 3-4 edge rushing linebacker too, as shown here. He’s so smart, and so talented that he can play essentially anywhere needed in the front seven, including in the interior on a passing down.

Because of that, Young’s fit is everywhere. He can play any position that he’s asked to. He’s likely going to be drafted by Washington, which means he’ll likely be in a 4-3 defense under new coordinator Jack Del Rio, and that’s perfectly fine. With good interior linemen already on the team, offenses won’t be able to focus entirely on Young, while Young will be able to focus on getting to the passer. That’s extremely dangerous, and has a very good chance of leading directly to a rookie of the year bid for Young.

If, for some reason, Young doesn’t land in Washington, it won’t be an issue. He’s a plug-and-play All-Pro caliber player, and he’s going to be for any team that drafts him. If it wasn’t for the mixture of an elite quarterback paired with a quarterback needy team in the first-pick spot, Young would be the no-questions-asked top pick, and he’s still easily the best player in the draft, along with the best defensive lineman to enter the league since at least Julius Peppers. There’s no way to mess this up, even for Washington. Just write down the name and grab your franchise staple.