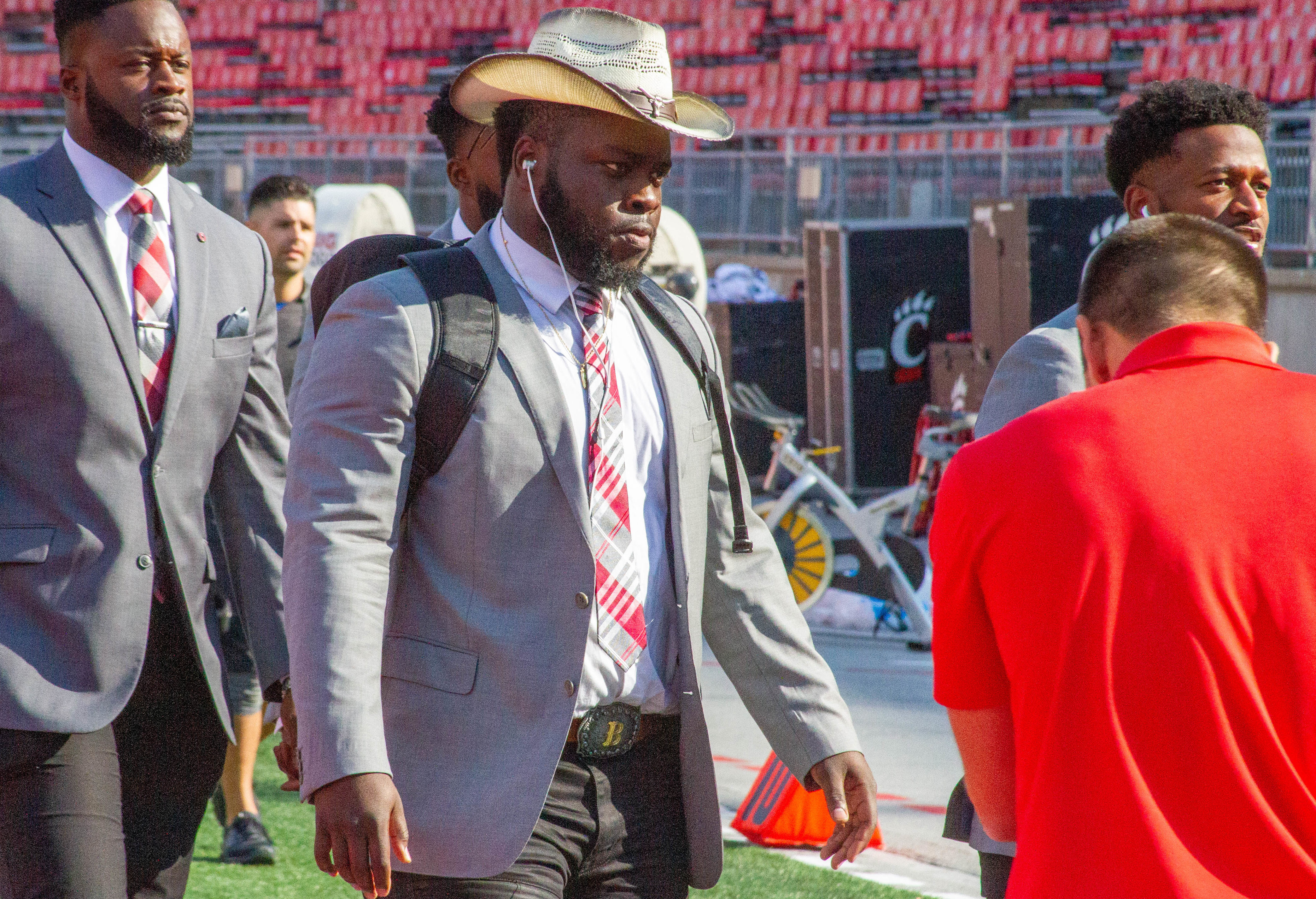 It was easy for Robert Landers to get lost on Ohio State’s defensive line at times in 2019. The Dayton native was surrounded by players like Chase Young, Zach Harrison, Jonathon Cooper, DaVon Hamilton and Jashon Cornell after all, and his style isn’t exactly conductive to a significant amount of hype or attention. On top of that, Landers stands 6-1, 287 pounds, and simply lacks the “look” of a top tier defensive lineman, so-to-speak. When playing next to three 6-4 freaks of nature essentially every time he was on the field, Landers’ ability to fly under the radar is easy to understand.

The fact that Landers still shined despite that is, frankly, incredible. The undersized tackle spent four years as an awesome run stuffer at one of the biggest schools in America, and managed to leave as a fan favorite with essentially no national recognition. Without the elite production to demand the attention of scouts, Landers ended his Buckeye career without an NFL combine invite, and the cancellation of pro days meant that he never had the chance to show off his ability in testing and drills.

Because of that, there’s going to be a strong disconnect between projecting Landers in the draft and projecting him as a player. In the draft, he’ll go in the late rounds or get passed up entirely, because he doesn’t quite look the part on paper, and because he was a member of one of the best defensive lines in the country. As a player? There’s a very strong argument to be made for Landers being considered one of the five best players on Ohio State in 2019.

Again, you have to know where to look to see that. Landers had just 14 tackles as a senior, shared time with Hamilton and Cornell, and actually saw a slight drop in playing time from his junior year because of the late rise of Cornell. His 6.5 tackles for loss is solid, but it doesn’t scream “one of Ohio State’s best players” by any means. His film does.

The first thing that stands out on Landers’ film is his strength. Because he has a lower center of gravity, he’s almost impossible to knock off balance, which helps him on plays like this, where he absorbs a hit from a pulling guard with ease, stays right where he wants to be, and fills the cutback lane, helping to secure a tackle behind the line of scrimmage. While his strength is obvious throughout his tape, he also shows off a pretty impressive swim move here. While I don’t imagine that he’ll ever be an elite finesse guy, the ability to maneuver around a guard is impressive for any tackle, especially one built like Landers.

While his moves are at least worth considering, the allure of Landers is still in his strength primarily, so we’ll stick to that. He has excellent core strength, which he pairs with really good burst and leverage off of the snap. He uses that to essentially end this play before it ever really gets started, which became a pretty frequent thing for him. He did it twice in Ohio State’s playoff matchup with Clemson.

This is a key part of Landers’ game to understand when looking at him as a prospect. He has a stunning amount of burst in what is essentially a body builder’s frame. He’s built to wreck plays and create chaos in the middle of the line. While it isn’t always going to lead to a tackle, which contributed to his lack of production, it will always have an impact on what the offense is doing. Whether it means clearing room for his fellow linemen or a blitzing linebacker, Landers is going to be able to eliminate at least one interior blocker on pretty much every play, either by knocking him down or just keeping him preoccupied.

That was always his job in Columbus, and whoever drafts him has to understand that as it looks for ways to utilize him. Expecting Landers to rack up sacks or tackles in the backfield is never going to work, because he isn’t that kind of player, and he knows that. However, scheming with the expectation that he is going to be able to move a guard out of the way is absolutely reasonable, and could allow some smart team to get really creative with delayed blitzes. Ohio State didn’t really do that, partially because it was without a blazing fast middle linebacker to take advantage of the space that Landers creates.

He doesn’t need to be part of a stacked defensive line, nor does he need to be hidden on certain down. Landers is a three-down lineman that can thrive in both running and passing situations, meaning that the fit limitations for him really aren’t personnel based. They’re coaching based. Landers would be best suited with a smart and aggressive defensive mind, like Mike Vrabel or Bill Belichick.

With that said, any team should be able to make it work with Landers, and if whoever drafts him can’t it would be more of a team problem than it would be a Landers problem. he’s an instant havoc player on the interior line at the next level, with the strength and leverage to be a quality starter in the NFL for a decade. He won’t be a star because of athletic limitations, but he’s going to make a team very happy when they snag him in the sixth or seventh round, because he’s a day one or two caliber talent.