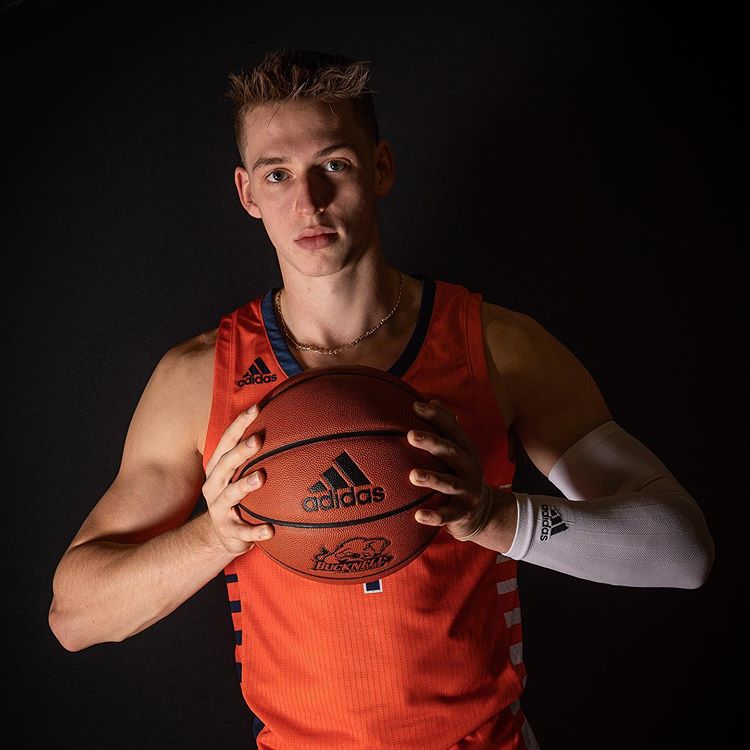 Ohio State talks a lot about culture. He talks about building a culture, and the importance of having a way of doing things when trying to establish a program built to thrive long term. Each of his first three teams in Columbus have been tied together by a hared culture defined by physical basketball, with the offense coming as a result of strong team defense. That’s how he operated at Butler, and he brought it with him to Ohio State.

Part of a culture is personnel, and Holtmann has had to take a unique approach to that. The head coach has seen significant turnover since taking over in Columbus, be it with star seniors Keita Bates-Diop and Jae’Sean Tate leaving after year one or a significant number of transfers, including the losses of Micah Potter, Jaedon LeDee, Alonzo Gaffney, Luther Muhammad and former five-star guard D.J. Carton. On top of that, graduation for glue guys like C.J. Jackson, Keyshawn Woods, Andrew Dakich and Andre Wesson has necessitated a restock not just in talent, but also in leadership each season.

Holtmann seems to have found his answer for that sort of turnover, though, in the form of experienced transfers. Since arriving in 2017, Holtmann has taken on six transfers, the latest coming by way of former Bucknell guard Jimmy Sotos. Those players, starting with Andrew Dakich and continuing through Keyshawn Woods, C.J. Walker, Justice Sueing, Seth Towns and now Sotos, have all provided wildly different things to Ohio State. The connection is not in play style, rather than in experience.

Each player brought with him ample experience, and the ability to immediate serve in a leadership role, be it immediately like with Dakich, or from the bench in the case of Sueing or Walker. Holtmann uses to portal to synthesize experience and back-fill classes that are inevitably going to shed numbers as the years go on and playing time is doled out.

In Sotos, Holtmann is returning to a well that has served him nicely so far in Columbus. The Bucknell transfer will need to sit a year before he’s able to play, just as Walker did in 2018 and Sueing did in 2019, which makes sense given Ohio State’s current roster. With Walker set to take the lion-share of the minutes at point guard, with Duane Washington and Sueing capable as filling in as ball handlers when he sits, there really isn’t an immediate need for a point guard, especially not one with just one year of eligibility left.

With Sotos, Ohio State has landed its 2021 point guard. With Walker graduating, Sotos can serve as a buffer to allow 2021 point guard Meechie Johnson the chance to learn as a true freshman, presumably before taking over as a sophomore. He should also add some stable leadership to what will be a team again relying on a lot more young talent than it would like to.

As for production on the floor, Sotos is a pretty open book, and what he showed at Bucknell is what Ohio State will get. He’s an above average shooter (37 percent from three in 2019) and a good finisher at the hoop, though his lack of standout athleticism is going to limit him.

Still, at 6-3, Sotos is big enough to finish through some contact, and experienced to get creative with the angles to make his shots fall against bigger defenders. he isn’t going to kill anybody off of isolation, and he’d likely be best suited a as third or fourth option, but the threat to get to the hoop is there, which, paired with a strong ability to dribble, will at least force defenders to worry about him when he has the ball.

His shooting is a similar story. His release is a little more rigid than you’d like, but he hits at a decent clip, and has a repeatable stroke that works for him. He isn’t going to kill teams from deep, but again, he’ll be capable enough to draw a defender and knock down a couple shots a game for the Buckeyes, though he likely isn’t going to do it from mid-range. His hot spots are outside of the three-point like and right next to the hoop.

His best trait is probably his passing, which makes him a good fit for what Ohio State wants from its point guards, even without the ability to create a ton of shots for himself. He has good vision, and knows how to manipulate a defense to create opening for his teammates. When surrounded by scorers, Sotos should make for a very nice pass-first point guard, with the ability to add about nine points of his own per game. If Ohio State’s roster looks as it is expected to in 2021, that should be perfectly fine.

As for the defense, there isn’t much to say. He’s long enough to make things difficult for opposing players, but the athleticism is again a problem. He’ll have to learn how to fit into Ohio State’s rotation-heavy defense, but he has a year to do it. He isn’t going to add much on this side of the ball, but he shouldn’t hurt the Buckeyes either.

Ultimately, this is, as alluded to, a culture move, first and foremost. Sotos is Ohio State’s answer in 2021 at point guard, and that’s a role he’s going to fit into nicely. He’s not a star, nor is he a player than can make the Buckeyes into a national title contender, but he’s the kind of player that Ohio State needs to avoid any sort of significant drop off after Walker’s departure. He’ll provide steady and solid ball handling, avoid big mistakes, and keep Ohio State’s offense flowing. That’s the goal, and from the looks of it, Sotos should have no trouble achieving it.