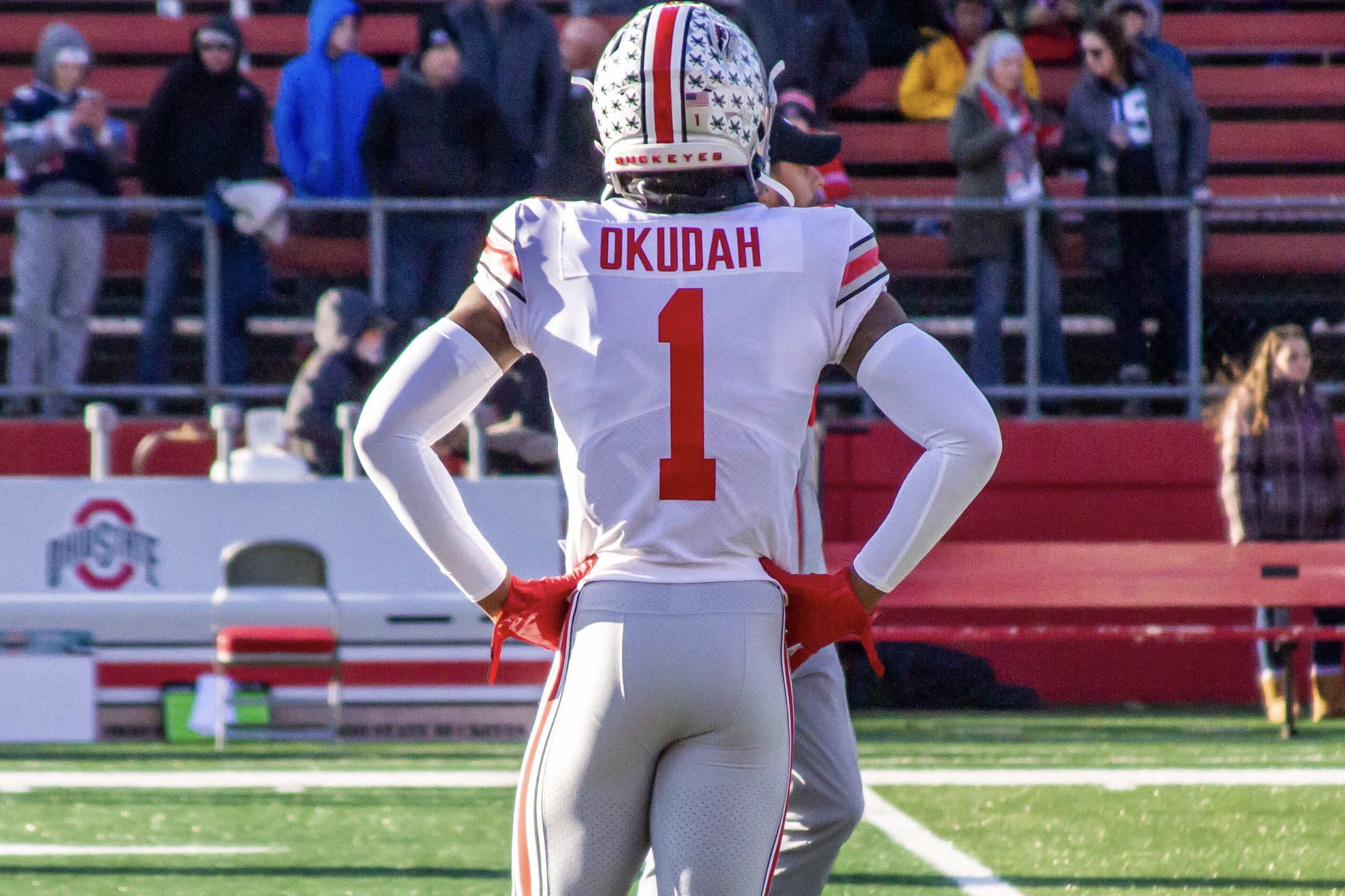 As part of our offseason coverage, Buckeye Sports Bulletin will be putting out full scouting reports for every Buckeye that could hear his name called in the 2020 NFL Draft in April. Starting it off is cornerback Jeff Okudah.

In what has become a bit of a tradition in Columbus, Ohio State is set to produce yet another first round defensive back, when cornerback Jeff Okudah is selected with one of the first 32 picks in the 2020 NFL Draft.

Okudah figures to be the best of the bunch, even when considering a consistent Pro Bowl participant in Lattimore. In fact, Okudah might be the best cornerback prospect to enter the NFL since at least Jalen Ramsey.

The junior from South Grand Prairie (TX.) High School was far and away the top cornerback in the nation in 2019, his first season as a true start for the Buckeyes after sitting behind Damon Arnette and Kendall Sheffield as a sophomore and Ward as a freshman.

In his first full year as a starter, Okudah racked up 35 tackles, three interceptions, nine pass breakups and two forced fumbles, though his impact was much larger than the stats indicate.

It was Okudah’s ability as a lockdown corner that allowed Ohio State to reshape what had been an unsightly defense in 2018 into one of the nation’s best in 2019. Co-defensive coordinator (and now Boston College head coach) Jeff Hafley brought a Cover 3 look to Ohio State, shifting the Buckeyes to a single-high safety look that placed an impact on keeping everything in front of the defense and reacting to what the offense was doing quickly.

Okudah, who was recruited to Ohio State as a man-coverage cornerback, took to the new system immediately. The ability play with his eyes on the quarterback rather than purely in man coverage allowed him to flourish, showing off his athletic ability both in coverage and in stopping the run. Ohio State still played plenty of man coverage, which Okudah excelled in as expected, but he showed off his versatility with his ability to thrive in a deep-third zone.

Take this play against Nebraska. Okudah is in a deep third as Ohio State comes out with two high safeties, deploying a simulated (or creeper) blitz from the slot, while defensive end Chase Young drops into a zone and safety Jordan Fuller rotates up. The Buckeyes are looking to force a quick decision from Adrian Martinez, who hadn’t seen pressure like this before, in hopes that he would drop a pass off to his checkdown.

He does, which means that Okudah has all the freedom to make the play designed for him, as he flies out of his deep zone and blows up the play before it ever gets started. Okudah isn’t the best fundamental tackler in the world, but he’s willing and able to hit, which is much more than can be said for most cornerbacks with his coverage ability. He’s smart and reads plays quickly enough that he’ll make more tackles than the usual cornerback.

The better trait is still, of course, the coverage. Here, Okudah gets the chance to play man coverage against star receiver Wan’Dale Robinson in the slot, a task that would usually be delegated to a cornerback much smaller than the 6-foot-1 corner. Despite Robinson’s quickness advantage, Okudah is able to neutralize the smaller receiver with his physicality, while making up for the slight gap in speed with a perfectly timed jump to snag the interception.

Jeff Okudah is a freak pic.twitter.com/Dz2oltYtD8

He made a similar play against Michigan, jumping the route to make a play on a ball that had really had no business getting to. Okudah is very good at positioning himself, but he’s even better at making plays that he probably shouldn’t be able to make, which is a testament to his athleticism.

Despite his elite traits at essentially every major cornerback, Okudah is not without flaw, just as any other player is. He isn’t an interception machine, which could be partially due to teams being unwilling to throw at him, but can also be chalked up to his desire to knock the ball away rather than going for a big play and risking a mistake. That’s not necessarily a negative, but Okudah isn’t going to be reeling in tons of interceptions at the next level, and may not fit perfectly in an aggressive defense.

If not an ultra-aggressive defense, where might Okudah fit in the NFL? Well, he’s essentially plug-and-play in modern defenses, which means that if a team is in need of a cornerback, Okudah is almost certainly the top name on their board. He’ll go in the first 10 picks of the first round, which limits things a bit, but could also lead him to some strong fits. While he’ll succeed anywhere, a team that blends zone and man coverage would be the strongest fit for the Buckeye.

Within the top 10, that marks the Detroit Lions (third pick), Carolina Panthers (seventh pick), Jacksonville Jaguars (ninth pick) and Cleveland Browns (10th pick) as the most likely options. Of those teams, the Lions and Jaguars are probably the two most in need of a cornerback, and while the Panthers may not turn down the chance to draft the best cornerback in the draft, it seems unlikely that either they, or the Browns would land the OSU product.

With that said, Detroit looks like the destination for Okudah, meaning Ohio State should expect to place two players in the top three, with Chase Young almost certainly headed to Washington at No. 2, following former Buckeye Joe Burrow. There, he’ll likely be running a bit more man than he was at Ohio State, but a pairing with Darius Slay should help Okudah thrive from the jump.