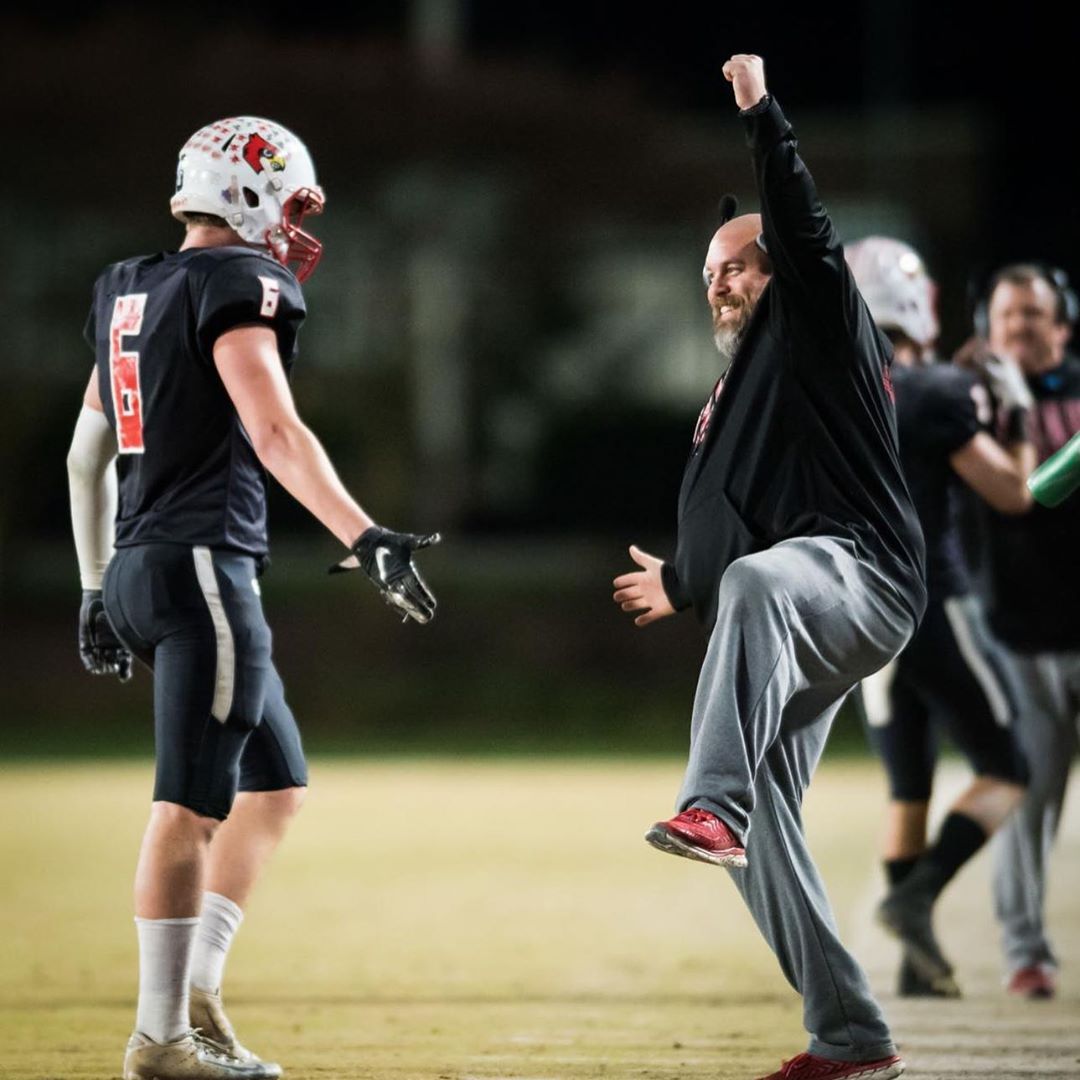 Ohio State’s tight end recruiting in the class of 2022 is complete with Wednesday night’s commitment of Pilot Mountain (N.C.) East Surry four-star Benji Gosnell, rated as the No. 265 player in the country and the No. 11 tight end, according to the 247Sports composite. Gosnell joined three-star Bennett Christian, locking the class up for tight ends coach Kevin Wilson more than a year in advance, which should allow him to shift his attention to the offensive line.

Gosnell and Christian could not fit the Ohio State tight end recruiting molds better. For years, when Ohio State pulls in several tight ends in a class, it does so by pulling from the two tight end archetypes. In 2016, the Buckeyes signed pass-catcher Jake Hausmann and blocking specialist Luke Farrell, along with a tweener in Kierre Hawkins that never made an impact in Columbus.

In 2018, Ohio State landed just one tight end, a pass catcher in Jeremy Ruckert, meaning that the one of the following classes would need to see a blocking specialist to keep the room balanced. When there was no one to fit the billing in the 2019 class, Ohio State moved linebacker Cade Stover to tight end to fill the role. In 2020 it bounced back to pass-catcher with Joe Royer, and Sam Hart fills the blocker role in 2021.

It’s all cyclical, because while Ohio State likes its tight ends to block, adding some diversity of style into that mix can create a pretty dangerous weapon like Ruckert, who has developed into a very strong blocker while holding on to his pass-catching ability, while pairing him with Farrell, who is essentially a third offensive tackle at this point in his career. That flexibility keeps defenses off balance, which is why Ohio State seeks it out.

In Gosnell, Ohio State has its pass-catcher to go with Christian’s blocking. At 6-4, 225, Gosnell will likely draw Ruckert comparisons, though it’s not really a fair comparison for either player. Ruckert was a big wide receiver in high school, with wide receiver route running skills and athleticism. Gosnell is a tight end, he’s just a tight end that can move and catch the ball. He’s much more Hausmann than he is Ruckert.

This is a good example. He’s split out wide, as Ruckert frequently was in high school, but the route and approach is much more like what you would see from a more typical tight end. He has good instincts to find the soft spot in the defense and uses his body well to shield the ball as he catches it, but there’s nothing especially precise or descript about the route. He has a spot to get to and he gets there, but he’s not doing it against press coverage and he’s not doing it with elite skill, as Ruckert does. He’s just bigger, stronger and more athletic than everyone else, and he has a good nose, again, for those open spots on the field.

Again here, this time off the line. There’s nothing special about this route, but there doesn’t need to be anything special. He’s physical enough to win this battle with a linebacker down the field even without great route running, as most tight ends do.

Because of that, expect him to be absorbed into the Ohio State tight end job pretty easily. He already fits the expectation as a pass catcher. It took Ruckert longer to catch on because he wasn’t really getting open in this style, because he wasn’t really a tight end. This is all that Ohio State really wants from its tight ends in the passing game. Find open space, get there within a reasonable amount of time and win a battle against a linebacker if one gives you any trouble with the ball in the air. That comes naturally for Gosnell and he’ll excel at it from day one.

Now, to play tight end at Ohio State, you do also have to be able to block. He’s not there yet, and honestly, there’s very little to say about Gosnell as a blocker at this point. He’s willing to be physical, has experience as a linebacker and defensive lineman, so he’s comfortable hitting, but his tape just doesn’t have much blocking on it. When he does block, he’s relying primarily on his frame to get the job done.

Again, that’s fine. That’s the expectation. Assume that he’ll take a year or two to learn the intricacies of Ohio State’s blocking schemes while he puts on about 15 or 20 pounds, and he’ll ultimately come out a lot like every other Ohio State tight end: a capable blocker, not quite on the level of Farrell but more than serviceable and a strong pass catching option, not quite on Ruckert’s level but more efficient than most guys that the program produces. Paired with Christian, who will likely be essentially the exact opposite, that’s a pretty great outlook for the Buckeyes, especially given that they’ve locked it up this early.