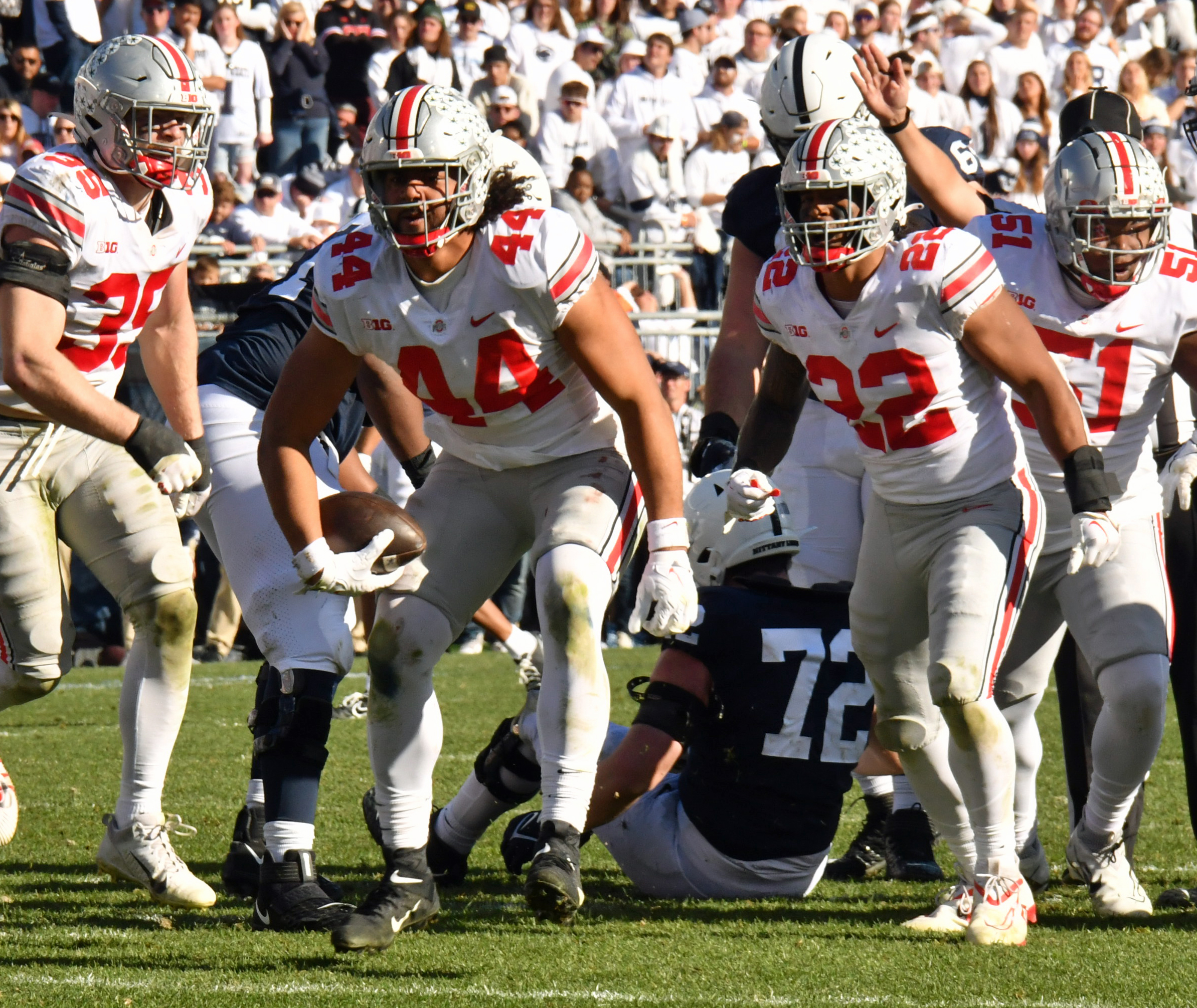 Ohio State’s pass rush production the past three seasons has been hit-or-miss, to say the least. Particularly at the typical mainstay of sack production, defensive end.

Across the 2020, 2021 and 2022 seasons, no Buckeye edge defender recorded more than 4½ sacks in a campaign. In 2022 it took second-year defensive end Jack Sawyer just 4½ to be tied for the team lead in the stat all together.

Sawyer is a former five-star and top 10 national recruit at defensive end, one of two from the class of 2021 with fellow rising third-year J.T. Tuimoloau. He played the “jack” position for Ohio State in 2022, its linebacker/defensive end hybrid that is a calling card of the Jim Knowles defense.

Tuimoloau played in a three-man rotation, primarily, with fourth-year Zach Harrison in 2022. Fifth-year defensive end Javontae Jean-Baptiste often factored in as well. Now, with Harrison off to the NFL Draft and Jean-Baptiste entering the transfer portal, the defensive end room looks to be spearheaded by the two former five-stars.

Both have one season as starters under their belts, but Tuimoloau is a rare third-year player that has started two years already.

Despite not arriving on campus until July before his freshman year after making an incredibly delayed decision on his collegiate destination, Tuimoloau found his way onto the field for the Buckeyes in 2021, in part due to some injuries.

In his OSU career to date he’s recorded seven sacks, split evenly across his two campaigns, with 45 total tackles and 15 tackles for loss. Tuimoloau’s breakout performance in 2022 came against Penn State, a game in which he recorded six tackles, three tackles for loss, two sacks, a forced fumble, a fumble recovery, a pass deflection that led to an interception and two interceptions of his own. The second of those interceptions he ran back for a touchdown.

“I got to shout out Coach Knowles,” Tuimoloau said of what went into the play. “He’s allowed us to show that versatility and he has trust in me to do those things. I got to thank him.”

Sawyer picked up 24 tackles in addition to his sack numbers in 2022.

Graduate defensive end Tyler Friday is an option to back the duo up, coming off a season-ending injury in 2022. He’s found some rotational duty for the Buckeyes through the years.

Rising fourth-year Mitchell Melton, a linebacker, is also a candidate for work at the jack position. Melton tore his ACL in the spring and missed all of last season.

Beyond those two veterans a host of youthful options will compete for reps. Rising second-year defensive ends Caden Curry, Omari Abor and Kenyatta Jackson were all in the top 130 prospects nationally, with Abor and Jackson among the top 65. Curry, who could have been underrated after coming from a small high school in Indiana, got the most reps of all of them in 2022, though.

Regardless, with its two former five-stars entering an always-pivotal third year, the Buckeyes will be looking for an uptick in sack production.