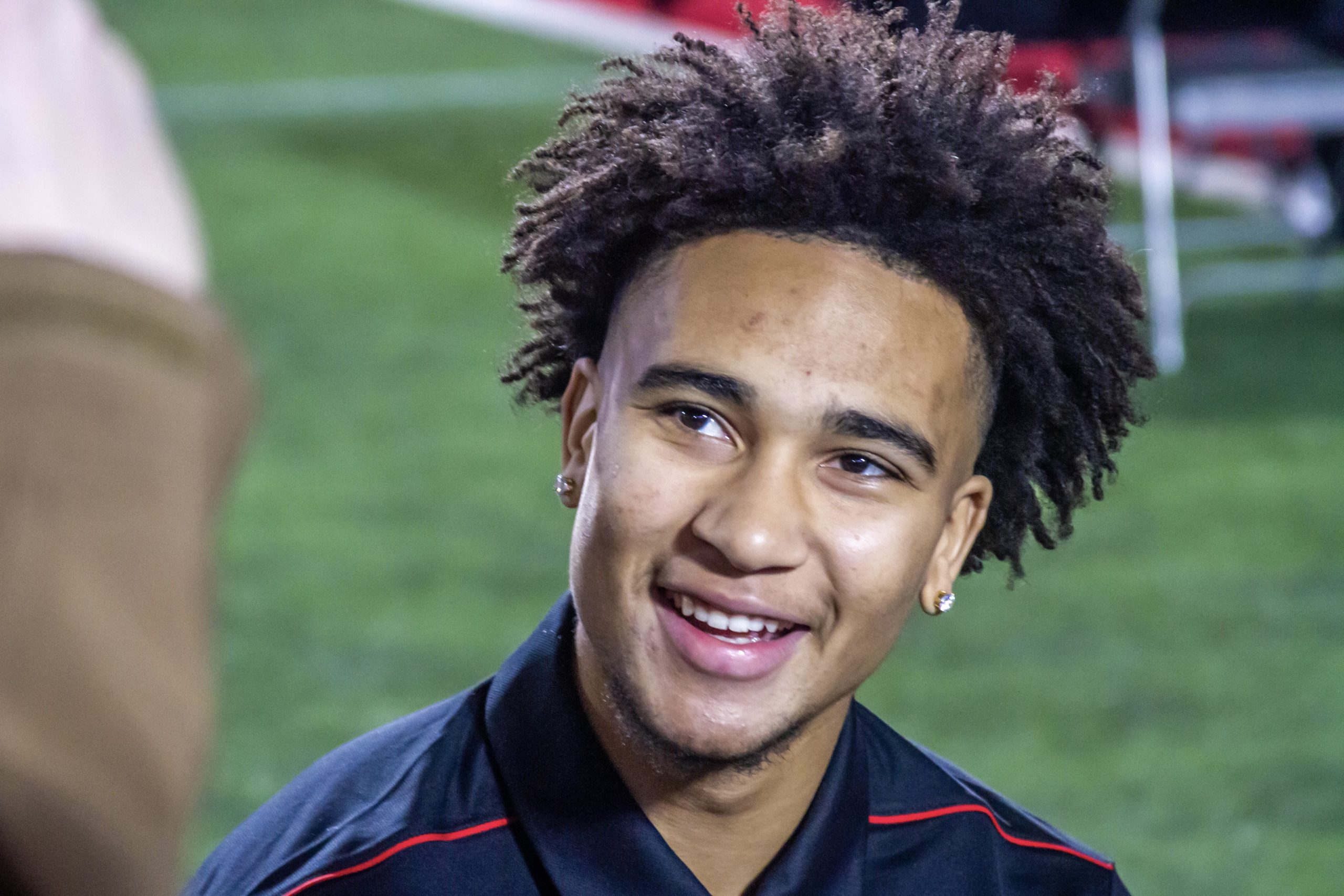 Head coach Ryan Day spoke to the media over Zoom Friday for the first time since Ohio State’s 52-24 loss to Alabama in the national championship, and part of the conversation was about the upcoming quarterback battle ready to take place in the offseason.

That battle will be between Jack Miller and C.J. Stroud, who were true freshmen this season, and Kyle McCord, the five-star signal caller in the 2021 class who Day had previously said will compete for the starting job in his first season.

While Miller and Stroud did get a year under their belts within Ohio State’s system and playbook, both receiving minimal game time and neither through a single pass in a game for the Buckeyes this season.

That has led to Day saying all three quarterbacks, McCord included, will need to gain some experience in situations like they would see in a collegiate game before that time comes in the fall.

“We’re going to have to find ways this spring between C.J., Jack and Kyle to give them as many game-like situations to figure out exactly what we have,” Day said. “We can’t go into that first game without knowing, or at least having an idea. I guess we’ll never know until we’re in a game. But we have to try to simulate the games the best we can in practice, which may be a unique way of doing the spring.”

Day also said that he had hoped to get both Miller and Stroud into the game more throughout the 2020 season just to be able to see what sort of talent and capabilities each of the four-star quarterbacks has in the college game.

“I wish they had gotten more game reps,” Day said. “You don’t really know what you have in a quarterback until they’re playing in the game. These guys had very, very limited reps.”

Ohio State has a lengthy offseason to name a starting quarterback and to get all three prospects to a level where they can lead the offense, a job made easier with the return of senior tackle Thayer Munford and junior wide receiver Chris Olave.

It also helped, Day said, to see how Justin Fields went about his business both on and off the field, and he said that the second-year signal callers will need to make that extra step before next season begins.

“Being the starting quarterback at Ohio State is unlike any other position there is. I think they get that, I think they understand it. I think they were able to see this year what Justin did and the stage. The stakes are very, very high here, and I think they learned that,” Day said. “In terms of the football part, still figuring it out, still learning. I think they both need to get stronger here in the spring physically, and then they’re going to be getting the majority of the reps here as we roll, and they’re going to compete.”