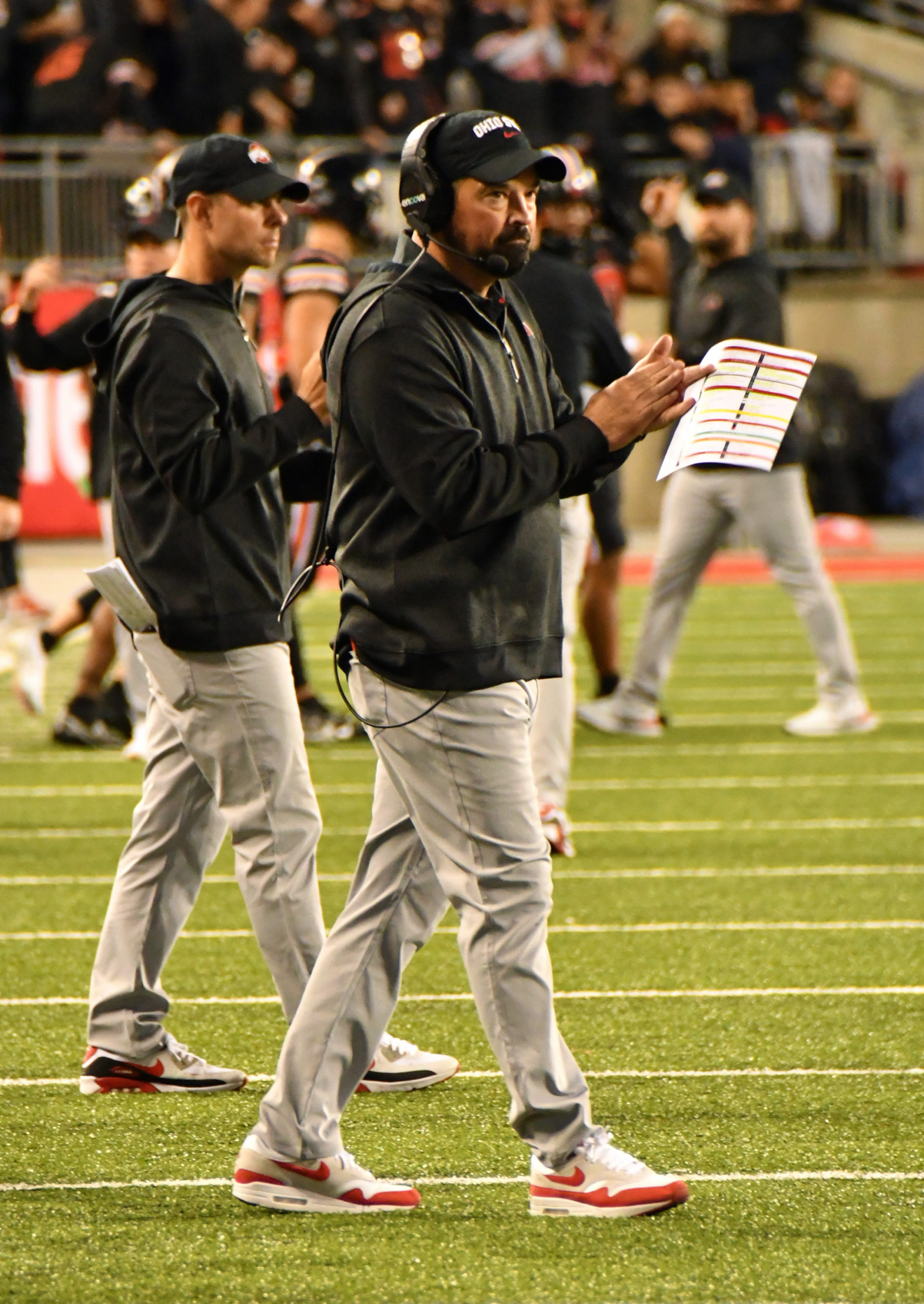 Third-ranked Ohio State will leave the comforts of home for the first time this season on Saturday as the Buckeyes make the trip to East Lansing, Mich., to take on Big Ten East division rival Michigan State.

While the Buckeyes enjoyed a five-game homestand to kick off the season, Day noted that his squad will have to lean on their veteran leadership in order to remain comfortable in the hostile environment of Spartan Stadium.

“(It’s) a tough place to play. Ceratinly a great stadium, great environment. It’s going to be hard to win up there, it always is,” Day said. “It’s the first time we’re going on the road, so it’s a new challenge for us, a new test. It’s been unique that we’re into week six here and haven’t played a game on the road. It’s been great, we’ve gotten into a good rhythm. But now, we have to go get our first conference road game.”

Ohio State utilized the raucous Ohio Stadium crowd to jump out to a 5-0 start to the season while outscoring opponents 244-74 in that span. While the Buckeyes have largely dominated their opponents through the first five weeks, Day recognized the challenge of going on the road for the first time.

For Day, there are two primary factors to stress when going on the road: composure and focus.

“The first thing is composure and focus when you go on the road,” Day said. “You have to do a great job with leadership, the older guys that have been here before have to lead the way, because if you haven’t been through that before it’s hard to simulate going into a hostile environment.

“We have to show composure and focus. And we obviously have to play hard, that goes without saying because there can be a lot more distractions when you go on the road,” he continued.

“They’re going to be rocking. The stadium is going to be rocking out. I’ve been to Michigan State and those fans are electric. It’s going to be a fun environment,” Harrison said. “We haven’t been on the road yet so it’s a unique challenge for us. We haven’t had to deal with being on a plane for a couple hours and how that fits your body and hydration. We’re going to have to rely on the veteran guys who have been there and done that before.”