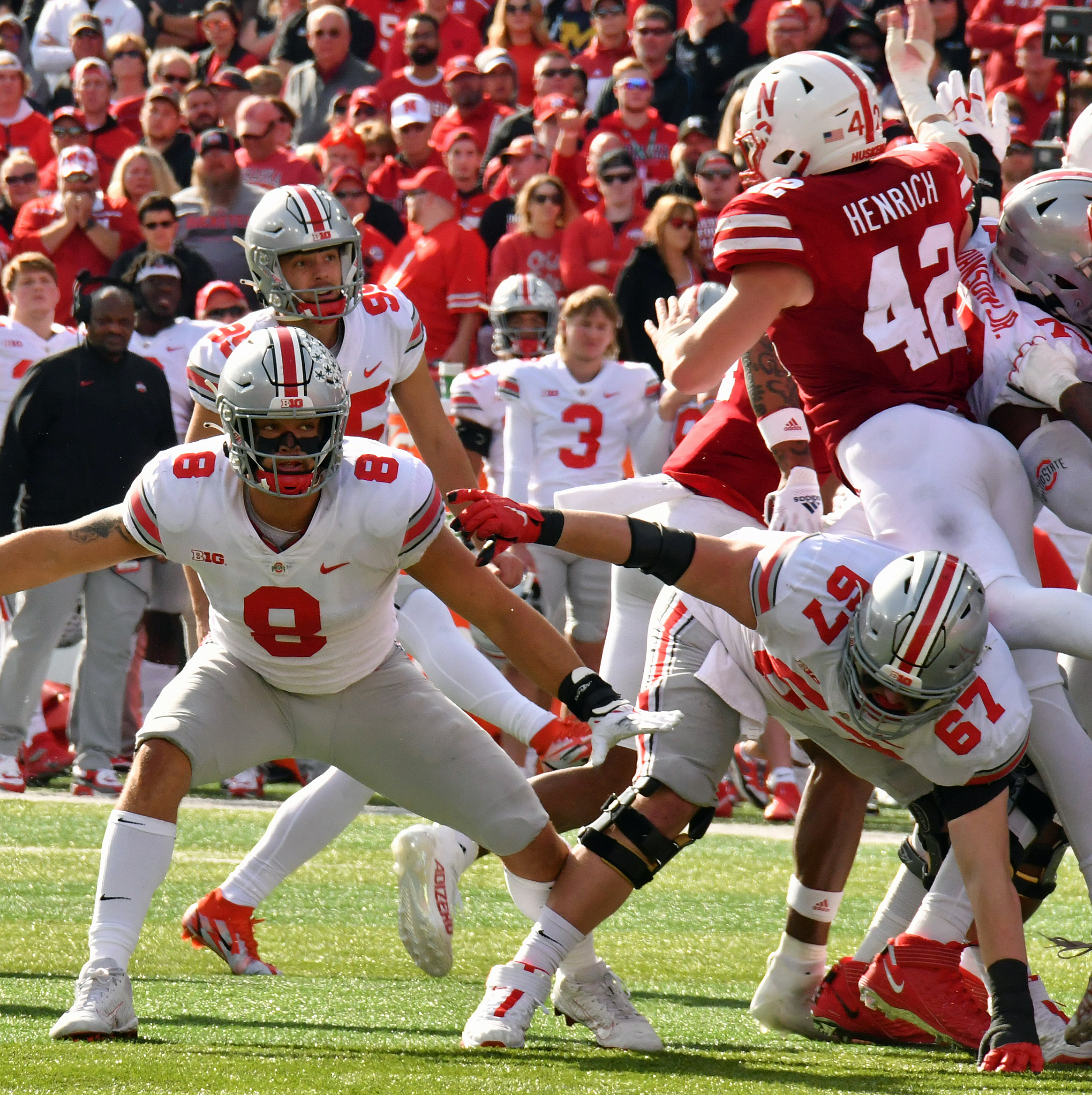 Stover was practicing with the linebackers through the first few practices of the spring, but he shifted to tight end for Ohio State’s sixth practice and appears to be staying at the position.

“Cade always saw himself as a linebacker growing up,” Day said. “Then he put a whole year of work into playing tight end. The way it played out in the Rose Bowl is that we were down some linebackers and when he got over there he realized that he loves being over there at linebacker because he can play with that edge. At the end of the day, it was really up to him, it was the same thing when Steele (Chambers) went over to the defense. We want guys to own it.

“But, I think he saw moving forward, he has a huge ceiling at tight end. When you look at the work he’s put in the past year and his skill set, he has the chance to be a really good tight end. The thing he would tell you is that he wants to bring that same defensive mentality to the offense. He’s strong, he’s powerful, really athletic, has really good ball skills. He was a really good high school basketball player. He’s back over at tight end and had a good couple of practices.”

Stover had spent the last two seasons at tight end but returned to linebacker for the Rose Bowl when Ohio State was short in depth at the position. He spoke extensively following the win about how much he enjoyed returning to the defensive side of the ball, but Stover and his coaches both said that the final decision would be up to him as to where he wants to play.

He was originally recruited as a linebacker, but then spent time at defensive end and tight end in his three seasons with Ohio State. Day said “never say never” regarding Stover potentially playing at linebacker again, but said that his focus is at tight end for right now.

The tight ends group was led by Stover during Tuesday’s practice, followed by Joe Royer and then Sam Hart. Bennett Christian and Zak Herbstreit also practiced, while Mitch Rossi remains out.

“I think they’re all getting better – it’s still only six practices in, but it’s the same group as we had last year, sans Mitch (who is out for the spring) and minus (Jeremy) Ruckert,” Day said. “The younger guys have to step up and continue to build depth there and then we have to get a starter in there, get Cade, Joe and Gee (Scott Jr.) going and see how they can fit into this thing. We’re not there now in terms of packages, we’re focusing on developing individuals, figuring out what their skill sets are and then, as we get closer to the preseason we can start to put those packages together based on the teams we’re playing.”