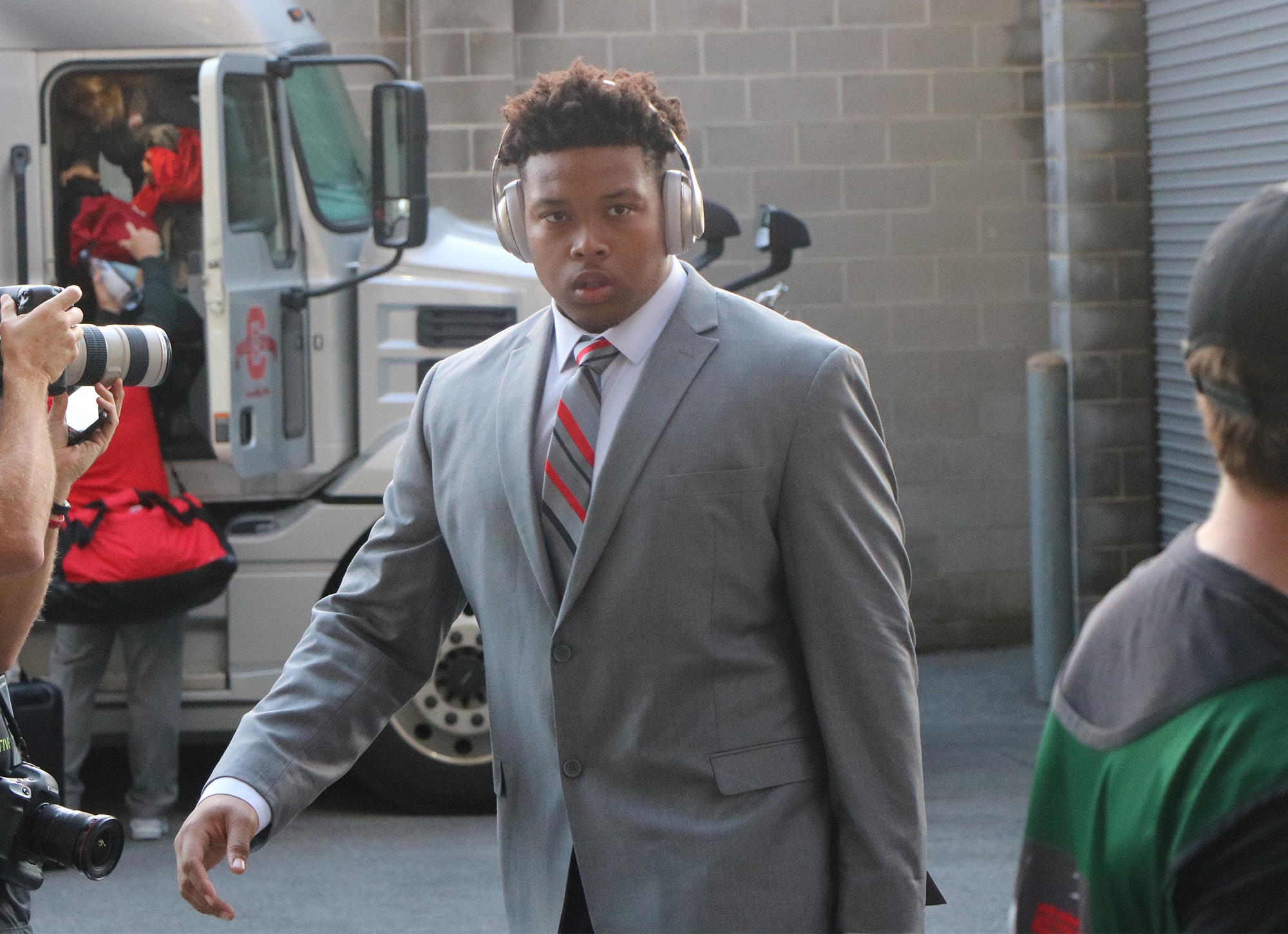 It’s no secret that the Ohio State football team has struggled to run the ball in 2018. A long list of factors have contributed to that issue, with the result being a decreased impact from the ground game throughout the year.

That all culminated against Purdue when the Buckeyes ran 25 times for just 76 yards in a 49-20 loss – numbers that looked likely to end up even worse than that for most of the game.

Those numbers can’t all be placed on the offensive line, but with two 1,000-yard rushers – J.K. Dobbins and Mike Weber – coming out of the backfield, it all starts with the five up front. That’s a group that features new starters at three spots – including former left guard Michael Jordan, who slid over to center ahead of this season.

Ohio State head coach Urban Meyer said Monday that the move was a way to get the five best linemen on the field, but it hasn’t quite been the ideal result.

Jordan’s move to center was sparked by a couple of things. First, the Buckeyes lost Rimington Award winner Billy Price, who had exhausted his eligibility. Then, after having a strong spring, fifth-year senior Brady Taylor experienced some injury problems in camp and, after losing the job to Jordan, ended up having surgery early in the year. He’s been out ever since.

Plus Branden Bowen, who was the starting right guard at the beginning of 2017, never fully healed from a broken leg suffered against Maryland last year, and Knox has been the starter ever since. If the chips had fallen differently for the Buckeyes, the offensive line might look completely different – Jordan back at his more natural spot of left guard, Taylor at center and Bowen – a standout when healthy last year – back at right guard.

Those weren’t the cards that Ohio State was dealt, though, and the result has been an up and down year for the front five so far.

“Brady Taylor was hurt, and we didn’t feel (redshirt freshman center Josh Myers) was quite ready, so we had to get our five most effective players on the field,” Meyer said. “And at times (Jordan’s) been great. He’s been playing pretty good. But there is a little bit of a ripple effect. But you’ve got to get your five best on the field.

“But Bowen got hurt, that was an issue, and then obviously Brady Taylor had that injury, and had it scoped just recently. So to get the best five on the line and playing, that’s what you have to do.”

In an ideal world for Ohio State, that line might look a little different. For now, the Buckeyes will be working toward getting some issues fixed with the current personnel.

That said, young players like Josh Myers and redshirt freshman guard Wyatt Davis had a chance to impress during the off week, and Taylor and Bowen are getting closer to a return. In fact, Meyer said both Taylor and Bowen were set to practice Monday and had “a chance” to return to the field against Nebraska on Saturday.

The Buckeyes’ showdown with the Cornhuskers is set for noon at Ohio Stadium and will be broadcast on FOX.