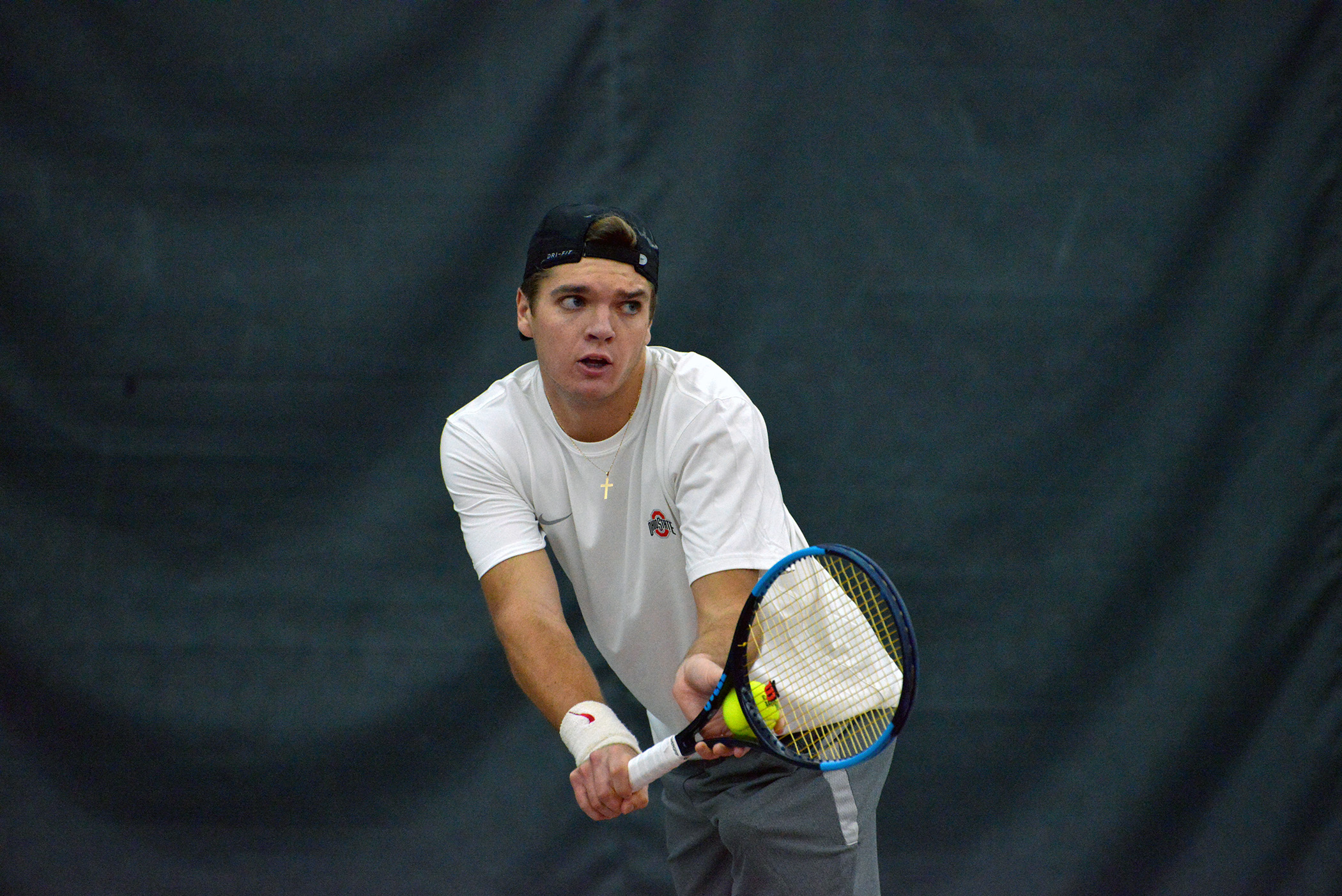 The third week of January caused some trouble for some of Ohio State’s best athletic programs. While the pistol team, women’s track and field team, women’s gymnastics team, men’s and women’s tennis teams, and men’s swimming and diving team all continued their dominant performances, the wrestling team, men’s volleyball team and men’s gymnastics team struggled. Below our brief recaps of how the elite Olympic sports teams at Ohio State fared this past week with links to the press releases.

The No. 2 Ohio State University wrestling team (7-1, 3-1 Big Ten) dropped its first dual of the season, falling 19-17 in a rivalry match with No. 5 Michigan (9-0, 5-0 Big Ten). Redshirt junior Kollin Moore and the seniors Micah Jordan, Myles Martin and Joey McKenna all won, with the three seniors earning bonus points for a total of 14 team points.

The Ohio State women’s team took down another ranked opponent, No. 25 Kentucky, 4-1, to claim the ITA Kick-Off Weekend title in Atlanta. The victory will send the Buckeyes to their fourth ITA National Team Indoor Championship from Feb. 8-11 at the Nordstrom Tennis Center and Seattle Tennis Club in Washington.

The Ohio State men’s tennis team dominated Virginia Commonwealth on its way to a 4-0 victory to put the Buckeyes in the ITA Weekend Final.

The Ohio State men’s tennis team continued its solid run with a dominant performance in an innerstate matchup with Toledo. The Buckeyes took the lead through doubles play and finished strong with some great singles play, defeating the Rockets, 4-0.

The Ohio State women’s team won the Dr. Sander Columbia Challenge, and the men’s team took second place. The women finished with 74 points and the men 65. Sade Olatoye set the meet record in the weight throw at 22.92 meters, ranking No. 1 in the nation. Julia Rizk and Abby Nichols set personal records in the one-mile run, while taking first and second place. Eric Harrison won the 200-meter dash with a time of 21.15 and Nick Gray won the 60-meter dash at 6.71.

The No. 14 Ohio State women’s gymnastics team won its third consecutive road meet, with 196.200 against Michigan State at Jenison Field House in East Lansing, Mich. The Buckeyes improved to 3-1 on the season and 2-0 in the Big Ten. against conference opponents. Michigan State scored a season-high 195.225, but it was not enough to top the Scarlet and Gray.