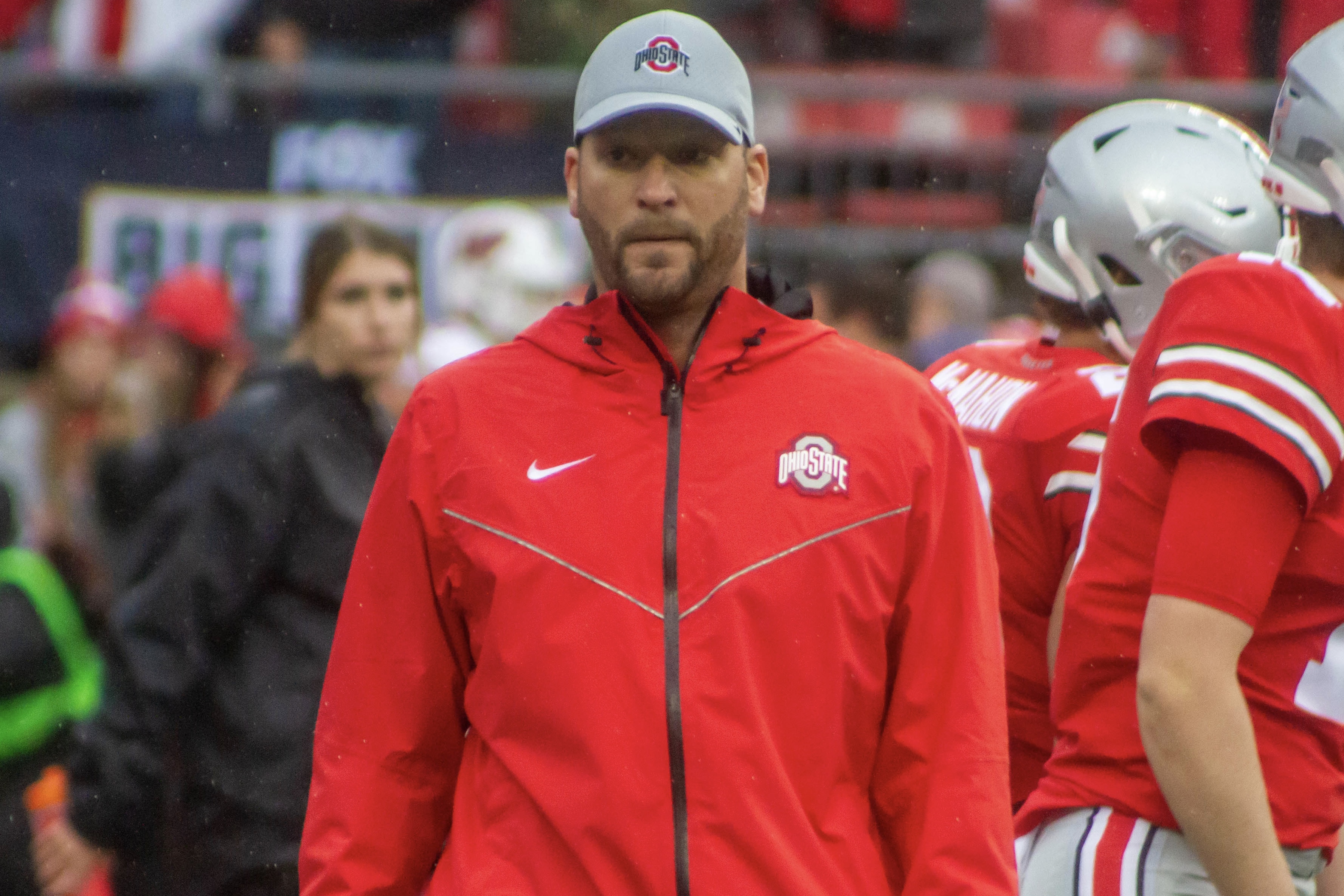 Per a report from Dave Biddle of 247Sports, Ohio State co-offensive coordinator Mike Yurcich is on the move from Columbus after just one year in the position. The 44-year-old is headed to Texas to fill the offensive coordinator position under former Buckeye OC Tom Herman, after the demotion of another former Ohio State coach, Tim Beck. 247Sports reported that Yurcich was asked by head coach Ryan Day to look around for a new job, but there’s been no official confirmation of that.

In his year in Columbus, Yurich was tasked with coordinating the passing game. Under his tutelage, Ohio State sophomore quarterback Justin Fields threw for 3,273 yards on 238-of-354 passing (67.2 percent), along with 41 touchdowns and just three interceptions. The Buckeye offense finished 37th nationally in passing yards per game with 263.1, despite throwing just 29 passes per game (85th in the country). The team’s 180.51 quarterback rating was good enough for fifth in the country, behind LSU, Alabama, Air Force and Oklahoma.

Yurcich came to Ohio State by way of Oklahoma State, where he had been the offensive coordinator under Mike Gundy since 2013.  Originally from Ohio, Yurcich’s arrival in Columbus was touted as a homecoming, with Ohio State just two hours away from his hometown of Euclid.

Yurcich didn’t call offensive plays (Day did), but Day has said that he and Kevin Wilson both contributed greatly to gameplanning. The Co-OC was hired on a two-year, $900,000 a year contract, and earned an extra $300,000 in bonuses throughout the season. His figures at Texas will likely be very similar.

Herman made comments about his coaching search on Dec. 27, stating that Texas had already made a choice on their hire prior to Ohio State’s 29-23 loss to Clemson in the Fiesta Bowl a day later.

“I can’t tell you much other than pleased the way that it went,” Herman said. “Pleased that I had the opportunity to talk to as many quality candidates as we did.

“We knew that we’ve got to get this right, but it’s got to be not just right for the masses but right for Texas and right for what we believe in and who we want to be on that side of the ball,” he added. “I’m very pleased with where we’re at on that timetable.”

With Yurcich out, Day has a second vacancy on his staff, as co-defensive coordinator Jeff Hafley has departed for the Boston College head coaching job. Day has said that he doesn’t expect any more turnover.

Yurcich declined to comment on rumors of his departure in the lead up to the Fiesta Bowl.