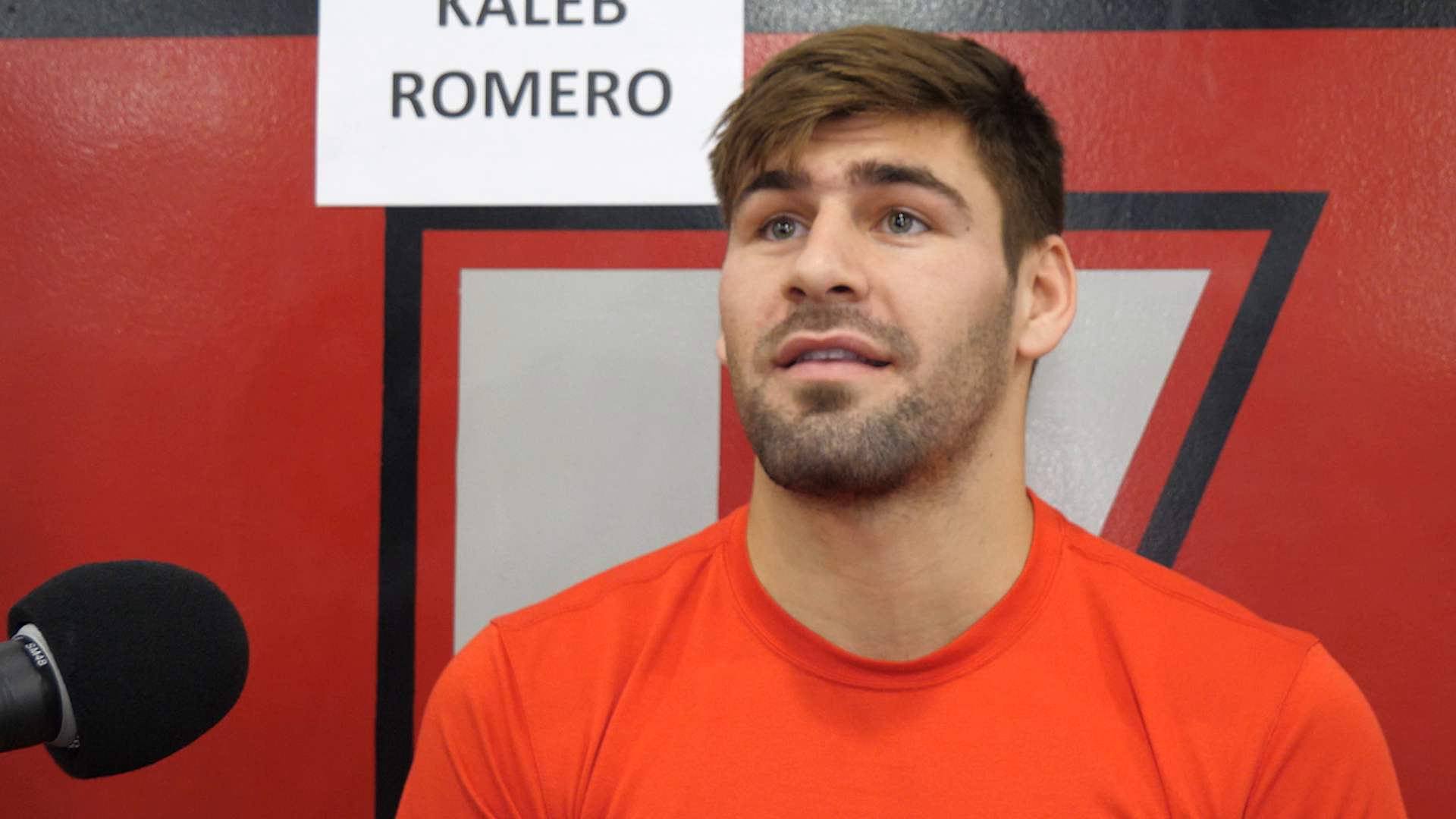 Ohio State is off for winter break, so there were no Olympic sports played to recap. Instead, this week’s Olympic Sports Recap will feature a profile on Ohio State wrestler Kaleb Romero that ran in the Dec. 21 edition of Buckeye Sports Bulletin.

Losing was never part of the equation for Kaleb Romero. The wrestler from Mechanicsburg, Ohio, just northwest of Columbus was always the one doling out defeats, no matter what he was doing. He went a stunning 202-3 as a four-year varsity wrestler at 170 pounds, winning four state titles and rattled off 52-0 records in both his junior and senior seasons.

When he capped his senior campaign with a championship victory in less than a minute, Romero sealed a season that didn’t see him surrender a single point, while helping to secure a state title for Mechanicsburg High School, its first ever.

Romero wasn’t just a star on the mat, where he ranked No. 12 nationally among all recruits in the class of 2017. He was also a first team All-Ohio quarterback, operating an option offense masterfully on the way to a 12-1 record his senior season.

He rode his success to a scholarship at Ohio State, joining Tom Ryan’s wrestling program as one of the most highly touted members of a packed 2017 class, expected to find his footing and continue his success right away.

In a way, he did. Romero went 11-1 during his redshirt year in 2017 and 2018, learning the ropes of the college game through tournaments and practice with a team that won a Big Ten championship. He learned under middleweight stalwart Bo Jordan and looked to contribute as a redshirt freshman in the 2018-2019 season.

While he did contribute, starting in eight duals and competing in 17 total bouts, something was different. The redshirt year had slowed Romero’s development, and early losses sapped the redshirt freshman’s confidence. He went just 3-5 in duals wrestling at 165 pounds, though an 11-6 record overall did serve as some salvation and as a point of motivation for the young Buckeye.

Perhaps more important in Romero’s struggles than his lack of confidence was his physical ability. Wrestling at 165, lower than his natural weight, Romero struggled with his strength, feeling drained and underweight entering bouts.

“Last year it pretty hard to make 165,” Romero said. “I was kind of draining myself every week.”

The drop in weight contributed to a lack of strength, and that, paired with the consistent losing for the first time in Romero’s athletic career, started to impact him mentally.

“Last year I lost confidence in myself,” Romero explained. “I didn’t really believe in myself so I struggled a little bit.”

After battling all year with the 165-pound weight class, Ohio State told Romero to make the move up to 174, closer to his natural weight which floats around 170 pounds. The decision started paying dividends even before the season started.

“It kind of started last year after season (the confidence boost), when U23s rolled around,” Romero said. “It’s an offseason tournament, not a lot of pressure or anything and I just went out there and opened up and wrestled. I wrestled really well there. Obviously I didn’t quite end up how I wanted there, I ended up finishing fourth, but, just knowing that I could compete at that high of a level kind of boosted my confidence, and luckily that’s kind of rolled into this year and I hope to keep wrestling like that.”

Just as he hoped, the success has rolled into the season. A loss in wrestle-offs to Rocky Jordan stood as a setback, but Romero was still included on the tournament roster at the Michigan State Open on Nov. 2, where he was one of five Buckeyes to win a title, going a perfect 5-0, including three straight wins over conference foes. His success there helped secure a spot in the starting lineup for Ohio State’s first duals match of the season, against Stanford on Nov. 10.
A 16-7 major decision win over Foster Karmon brought Romero to 6-0, before a 7-2 decision over Pitt’s Gregg Harvey made it seven straight, a better start than Romero could have dreamed about. His confidence was back.

“I think this year I’ve just, really kind of had a boost of confidence. Just going out there and opening up and wrestling. Last year I lost confidence in myself. I didn’t really believe in myself so I struggled a little bit. This year, I’m just going out with nothing to lose, just going out and wrestling, trying to make things happen. So far it’s doing me pretty well, so I’m going to try to keep working hard to keep that up.”

Romero was replaced in the lineup for Ohio State’s 23-16 loss to Virginia Tech, the lone dual loss of the season so far, but returned for a bounce back effort against Cornell, where he notched his biggest achievement of the season. Ranked at No. 13 in his weight class, Romero secured a top tier win, earning a 6-5 decision against No. 11 Brandon Womack, his eighth straight. It gave the Buckeyes a 13-3 team score lead, and provided a crucial three points out of the 174 spot that Ohio State didn’t expect to have entering the season.

“We knew this year was going to be different than maybe the last two or three years,” assistant coach J Jaggers said. “When you graduate six guys in the last two years that are three or four time All-Americans, they’re hard guys to replace, but I think we have some guys that are stepping up and doing well. Romero and [Ethan] Smith, they’re gotten to that conversation of being top 10 guys, which is where we thought they would be when we recruited them, and sometimes everybody’s trajectory is a little different.

“I think we’ve been spoiled a little bit with the [Nathan] Tomasello’s and [Kyle] Snyder’s and Myles [Martin] where they win it as a freshman, they’re in the hunt right away, so we think that everybody should be on that trajectory, and everybody’s different. So credit to Romero and Ethan who last year took some lumps, and they’re still progressing, they didn’t lose confidence, they didn’t give up. They’re still fighting and now look, they’re both in that conversation of that top tier of guys. I’m excited for that. I’m excited for progress.”

Even as Romero finds his rhythm, he’s keeping his focus. Every Buckeye coach preaches not letting the moment get too big, which is reflected in Romero’s approach to each day. Success or not, there’s no time to think about the big picture. Included in that big picture is Romero’s history with Ohio, a state that he’s spent his entire life trying to represent. Now that he can, on the mat for his childhood school, he’s trying to not spend too much time dwelling.