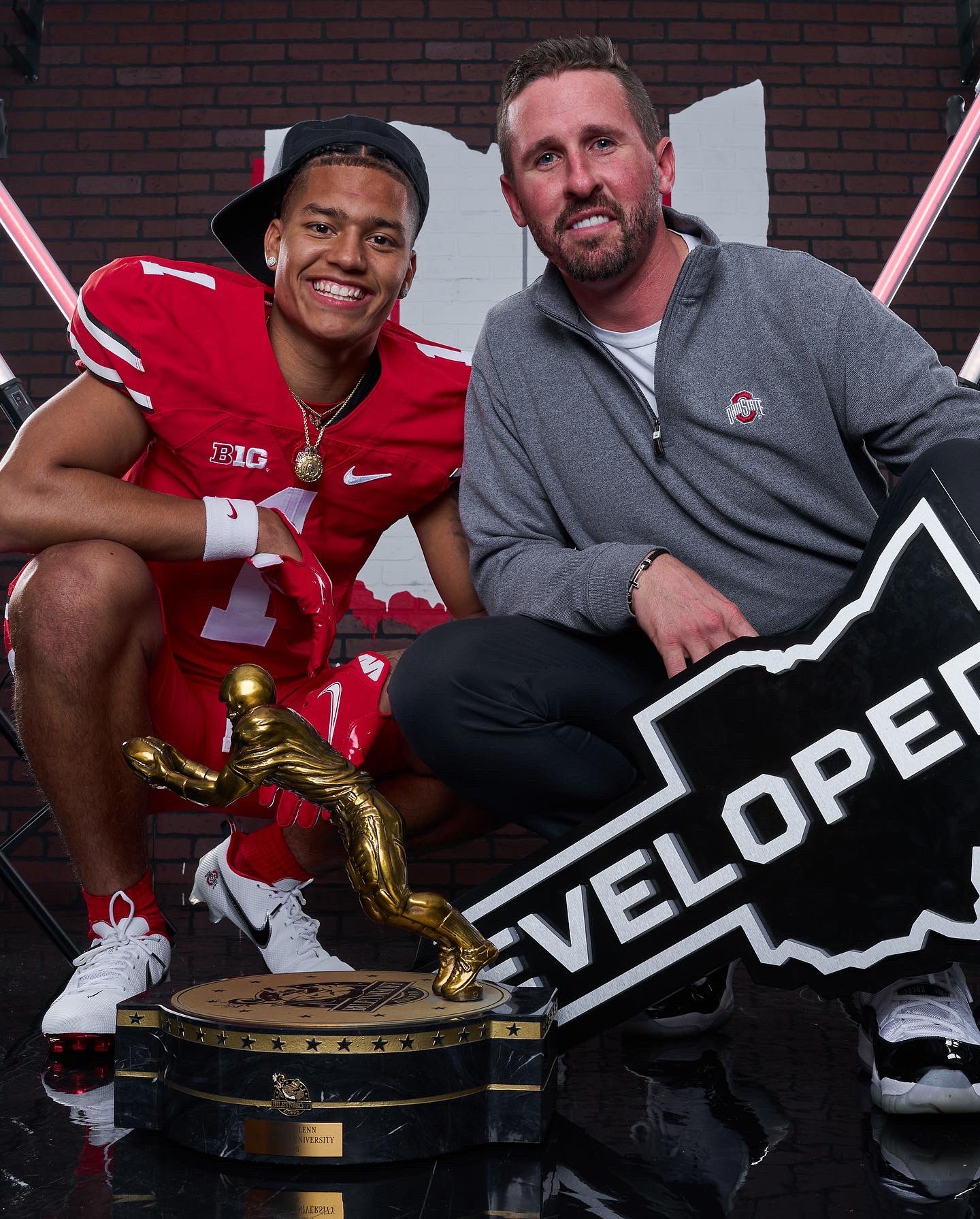 Ohio State is in the running for a pair of wide receivers who listed the Buckeyes among their top schools on Thursday: Folsom, Calif., four-star Rico Flores Jr. (6-1, 190) and Rolesville, N.C., four-star Noah Rogers (6-2, 180).

Flores included Ohio State along with Georgia and Notre Dame – leaving out Texas and UCLA, who were in his previous top five in February – and will announce his school of choice on July 3.

He is the No. 193 overall prospect in 2023 and the No. 26 wide receiver. He was offered by Ohio State in November and visited in early April, after which he tweeted that, “It’s going to be hard for anyone to top OSU.”

Rogers was the other top receiver that had Ohio State among his top schools, including the Buckeyes with Clemson, Florida State, North Carolina and NC State. He’s the No. 59 overall prospect and No. 10 wide receiver in the class.

Ohio State offered Rogers on Jan. 12 and faces fierce competition from the in-state Wolfpack, who have hosted Rogers for several unofficial visits since offering him last March. He visited for Ohio State’s spring game on April 16. Though no commitment date has been set, Rogers told 247Sports that a decision could be coming this month.

Ohio State leads in 247Sports crystal ball predictions for Rogers, while Flores has one prediction from recruiting analyst Steve Wiltfong to Notre Dame.

The Buckeyes already have one wide receiver commitment in 2023 with Zephyrhills (Fla.) Wiregrass Ranch three-star Bryson Rodgers (6-2, 170), who committed to Ohio State in April.

Recall, if you will, what you might have been up to in the eighth grade. You might have been worried about classes or the upcoming transition to high school, but it’s unlikely you gave much thought to receiving a scholarship offer from Ohio State.

If that did happen to you, your name might be Tyler Atkinson, a defensive end from Georgia who became the first member of the 2026 recruiting class to receive an offer from the Buckeyes on Wednesday.

Atkinson (6-3, 190) is only an eighth-grader and holds six Division I offers, including Auburn, Georgia, Georgia Tech and Ole Miss in addition to his recent Ohio State offer. According to 247Sports, he is expected to play high school ball at Grayson High School in Loganville, Ga.