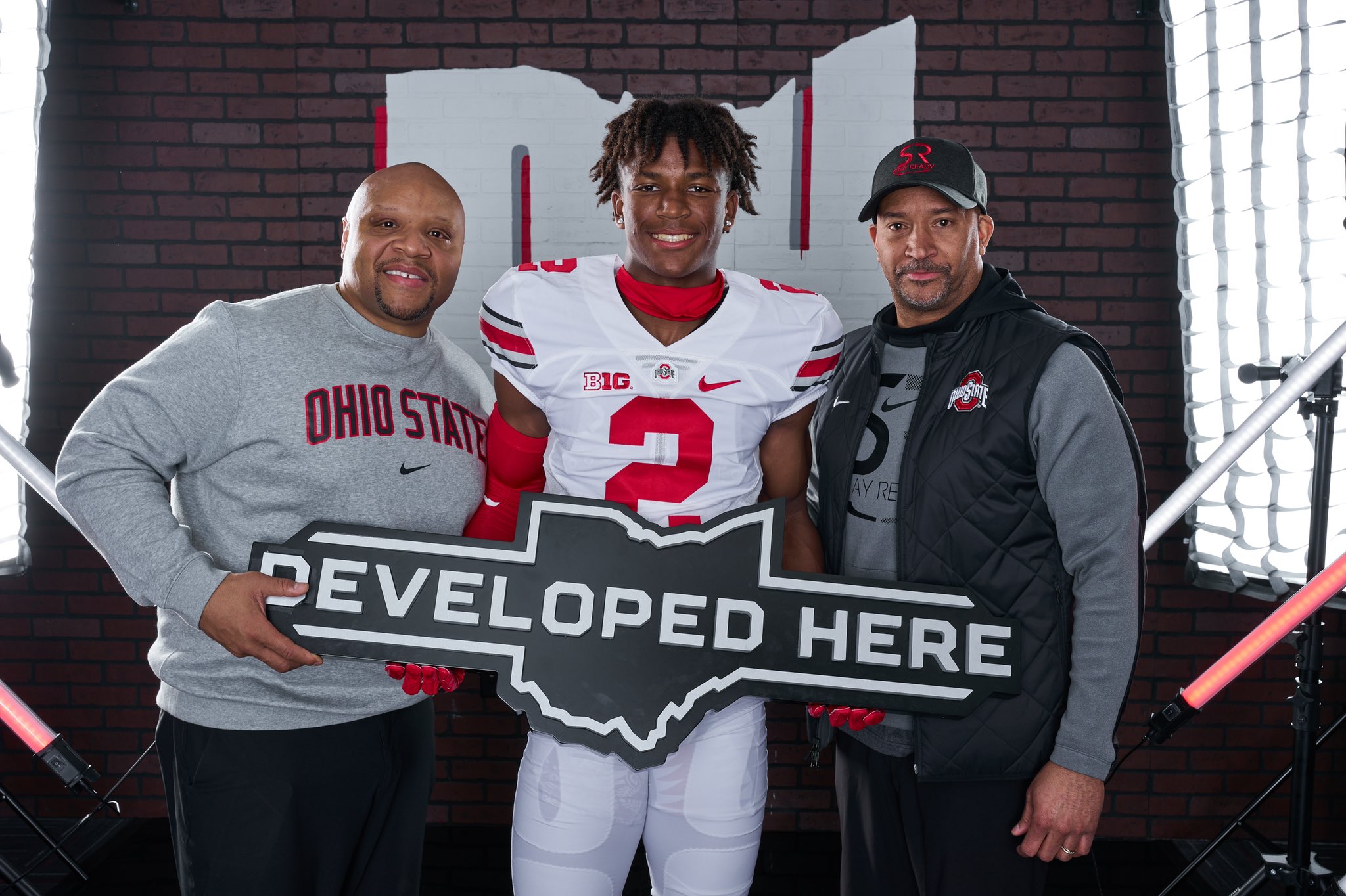 One of Ohio State’s top tackle targets in 2023 came off the board Friday morning as Windsor (Conn.) Loomis Chaffee four-star offensive tackle Olaus Alinen (6-6, 315) committed to Alabama over Miami (Fla.) and the Buckeyes.

Alinen is the No. 122 overall prospect and No. 14 offensive tackle in the class, and took official visits to Alabama, Georgia, Miami (Fla.), Ohio State and Oregon before committing to the Crimson Tide.

It was the second blow this week for the Buckeyes, who lost out on Many, La., four-star linebacker Tackett Curtis (6-2, 218) to USC, who had long been viewed as an Ohio State lean before committing to the Trojans on Monday.

Even though the Buckeyes lose out on Alinen and Curtis, things would be more than made up for if Ohio State can land Hoschton (Ga.) Mill Creek five-star safety Caleb Downs (6-0, 185), who will be announcing his commitment on Wednesday.

He is the No. 12 overall prospect in 2023 and the top safety in the class, as well as the top prospect from Georgia. Downs will be choosing publicly between Alabama, Georgia, Notre Dame and Ohio State, though most experts view it as a battle between the Buckeyes and Crimson Tide.

He would become the top commitment in Ohio State’s class and would be the highest-ranked safety to ever commit to the Buckeyes in the modern recruiting era. Already in the class at safety is West Chester (Ohio) Lakota West four-star Malik Hartford (6-3, 175) and Cocoa, Fla., four-star Cedrick Hawkins (6-0, 175).