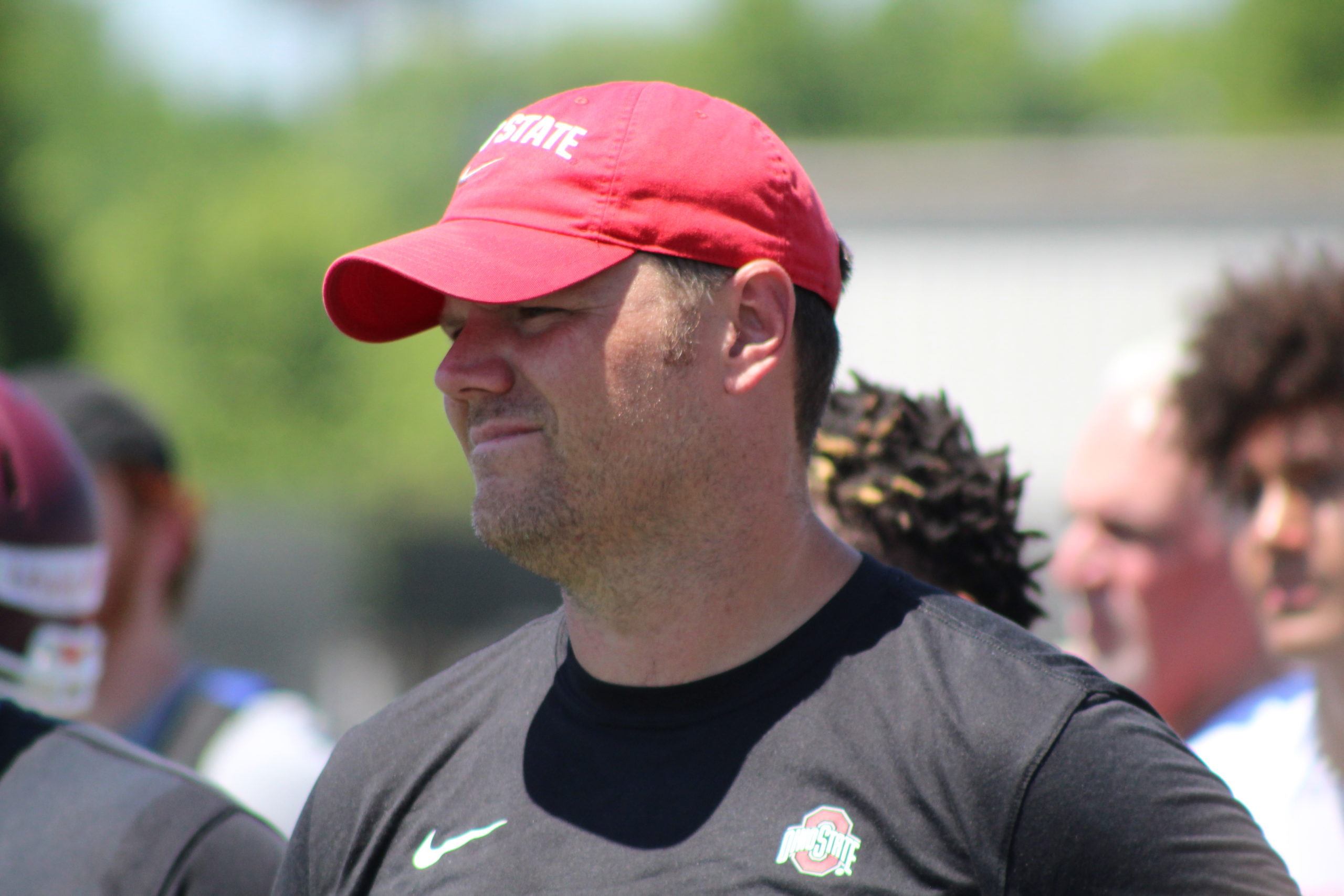 Less than 10 days after Notre Dame claimed the No. 1 spot in the class of 2023 recruiting rankings, Ohio State is back on top with the commitment of Fairburn (Ga.) Langston Hughes four-star tight end Jelani Thurman.

Thurman bolstered the Buckeyes’ class as the No. 135 overall recruit, No. 9 tight end and No. 11 prospect from Georgia. He committed to Ohio State over his other top schools, including Michigan State, Auburn, Jackson State and Alabama.

The 6-6, 230-pound offensive weapon hauled in 31 receptions for 479 yards and seven touchdowns during his junior season. He also contributed on the defensive side of the ball, collecting 61 tackles, five quarterback hurries and a sack.

According to 247Sports, the Buckeyes’ 19 commitments — which now includes Thurman — and overall prospect ranking of 93.69 put the program ahead of the Fighting Irish. Notre Dame has earned commitments from 20 recruits with an average of 93.32.

Ohio State now holds the top recruiting class for 2023 and leads Notre Dame, Penn State, Clemson and Texas in the rankings. Georgia, Tennessee, Louisiana State, Miami and Oklahoma round out the top 10.

ALINEN TO COMMIT ON FRIDAY

Windsor (Conn.) Loomis Chaffee four-star offensive lineman Olaus Alinen will announce his commitment on Friday, and the Buckeyes are still in the mix.

Alinen’s top-five schools include Ohio State, Alabama, Georgia, Miami and Oregon. He is currently projected to land with the Hurricanes, according to several recruiting analysts from 247Sports, On3 and Rivals.

“Alinen has a massive frame with slight plus length and position versatility as a right or left tackle,” 247Sports national recruiting analyst Brian Dohn said. “He bends well and has fluidity and flexibility throughout his frame. Alinen moved from Finland to the United States for junior season. His father played in NFL Europe and was in several NFL camps.

“He combines impressive strength and athleticism and is forceful with his initial punch. Alinen plays aggressively and remains engaged on blocks while being tough for defenders to disengage. He sinks his hips and uncoils well when engaging a defender, and he is consistent with hand placement and is quick to place inside on defenders. He shows foot speed and is technically sound with steps when pulling, and he has the body control to block at the second level in space. Alinen is quick to scrape and get to linebacker plus he is solid in pass pro because of his length and ability to move laterally but has to work on kick step.”

Ohio State wide receiver Brian Hartline earn commitments from two five-stars for the class of 2023 in Brandon Inniss of Miami Gardens (Fla.) American Heritage and Carnell Tate of Chicago and IMG Academy. He could have his third five-star receiver if Noah Rogers continues trending upward with recruiting sites.

According to On3, Rogers has enough talent and statistics to warrant five stars on their website. The Rolesville, N.C., native had four stars as of July 16 per On3, but the site updated their rankings before the 2022 football season and put an additional star on Rogers.

“Ohio State wide receiver commit Noah Rogers (No. 17) has put together a strong resume to this point, most recently showing his big-play ability at OT7,” On3 analyst Charles Power wrote. “The Buckeyes and wide receivers coach Brian Hartline have assembled another strong class of pass-catchers, with Rogers as the headliner in our opinion. The 6-foot-2, 195-pounder has excellent play speed, backed by strong testing numbers. He got vertical against talented defensive backs with regularity at OT7. This jives with what he shows on Friday nights as well. Rogers accounted for 1,432 yards and 22 touchdowns on 70 catches as a junior at Rolesville (N.C.) High.”

According to On3, Ohio State’s commits of Inniss, Tate and Rogers gives the Buckeyes the No. 2, No. 3 and No. 9 receivers for the class of 2023. Those numbers could increase as the site continues to alter and change its rankings before these players compete in their fourth and final season of high school football.