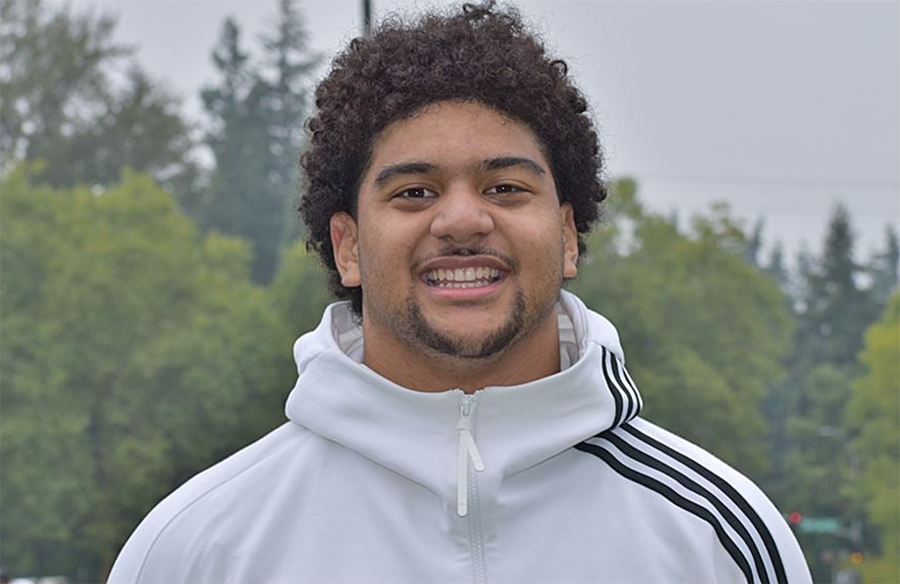 With the news that Sammamish (Wash.) five-star defensive lineman J.T. Tuimoloau has canceled his visit to Alabama, Ohio State is now battling just three other teams – Oregon, USC and Washington – to land the No. 3 overall prospect in the 2021 class.

But Bill Greene, a recruiting writer for Buckeye Scoop, told BSB that he believes it is really down to just two schools: the Buckeyes and the Ducks, and that Ohio State holds the advantage at this point.

“I don’t think it is absolutely a lock to Ohio State, although I think it helps and I think they’ll get him, but I don’t think it’s done deal,” Greene said. “I think there’s some thought process to go on still. I think USC is out, Washington is out. Oregon might be out, but they also might be in it, too, because they can take this name, image and likeness and they could guarantee him a lot of money.”

As for why he thinks Tuimoloau ended up not visiting Alabama, Greene believes it is due to the defensive scheme that the Crimson Tide runs.

“I think the scheme made a difference,” Greene said. “I think being a 4-3 sack guy (at Ohio State) is a lot better for him than being a 3-4 plugger. At Alabama, he’s going to play in that 3-4 and he’s going to play down, and it’s just like they play three tackles. So I think scheme eliminated Alabama, even though they’re the greatest and they put them in the pros.”

Greene also said that he thinks that Ohio State’s track record with developing prospects for the NFL made an impact. Having former Buckeyes like Joey Bosa, Nick Bosa and Chase Young thrive at both the collegiate and professional levels could be a difference-maker that puts Ohio State over the edge in Tuimoloau’s recruitment.

At the least, according to Greene, it took Alabama out of the equation.