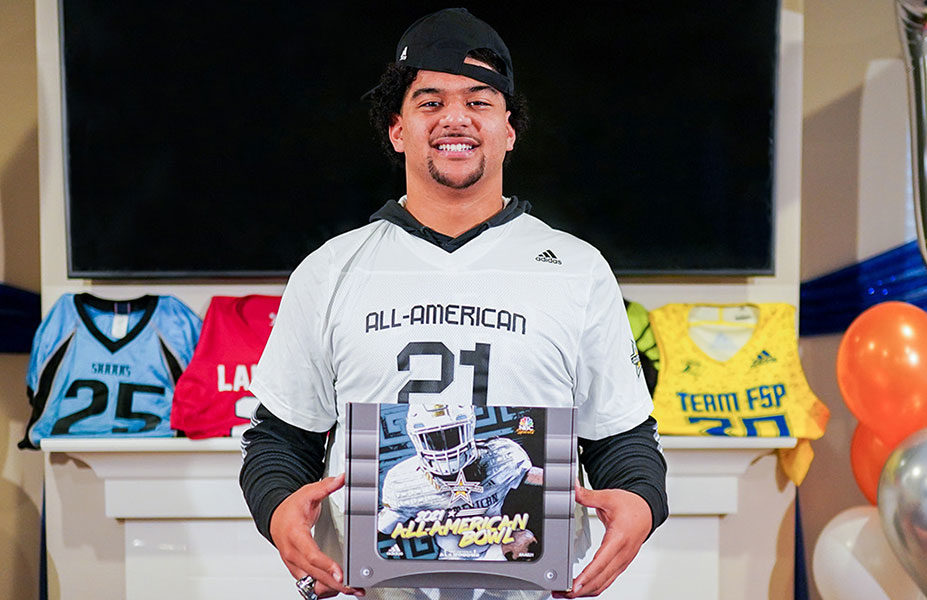 Sammamish (Wash.) Eastside Catholic five-star defensive lineman J.T. Tuimoloau is cancelling his visit to Alabama that was scheduled for this weekend and will choose between the other four programs in his top five, Tuimoloau told 247Sports’ Brandon Huffman.

Tuimoloau is the No. 3 overall prospect from the 2021 class, and has delayed his commitment in order to visit with the final schools on his list. Of the four he is choosing from, he visited Washington on June 4, USC on June 14, Ohio State on June 17 and, most recently, Oregon on June 23.

“I think I have a pretty good idea of what each of the four schools I’ve visited offer and now I’m going to discuss things as a family and come to a decision,” Tuimoloau said.

Ohio State was considered the slight favorite heading into the visits, holding six crystal ball predictions, including one from Huffman, who most regularly speaks to the 6-5, 277-pound prospect. At the time, Alabama and Oregon were considered the most likely threats to dethrone the Buckeyes in Tuimoloau’s recruitment.