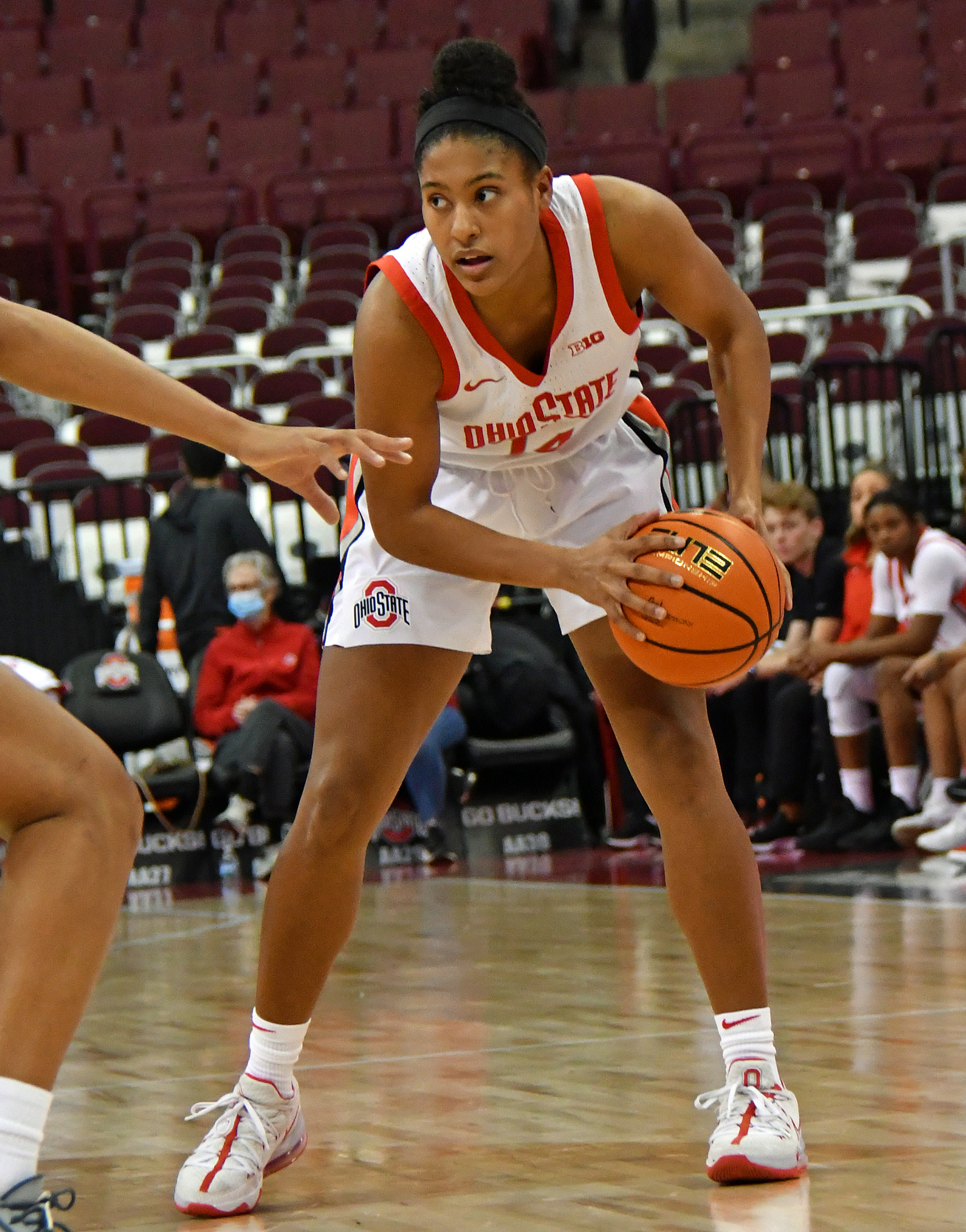 No. 24 Ohio State moved to 9-2 on the season, heading across the country to hand San Diego State (5-5) a 66-54 loss on Tuesday afternoon in the first meeting between these programs.

It was a back-and-forth affair for most of the contest, but Aztecs guard Mercedes Staples looked to give San Diego State some momentum heading into the fourth by knocking down a three-pointer to make it 48-41.

Not wanting to let them back into the game, Ohio State senior guard Braxtin Miller hit a shot from half court at the buzzer to make it 51-41 heading into the fourth, giving the Buckeyes the momentum to outscore the Aztecs 15-13 in the final frame for the 66-54 final.

The teams battled early, with San Diego State taking a 9-8 lead just under four minutes into the contest.

Ohio State then capitalized on three turnovers to go on a 10-0 run, holding the Aztecs scoreless for nearly five minutes, to take an 18-9 lead. In total, the Buckeyes held San Diego State to just two points across the final 6:04 of the first quarter, and Ohio State led 20-11 at the end of the first frame.

The Aztecs missed their first three-point attempt in the second quarter, but connected on the next two to make it a four-point game, 23-19, before eventually tying things up at 27 after taking advantage of Ohio State’s defensive press.

The Buckeyes then connected on three of their next four shots, including a bucket from graduate forward Tanaya Beacham following an offensive rebound, to regain the lead, 33-27, with just under three minutes remaining in the half.

The Aztecs got a three-pointer from guard Sophia Ramos, but Ohio State junior guard Jacy Sheldon added a layup in the quarter’s final minutes to make it 35-30 heading into the locker room.

Ohio State began the third period with a 6-0 run to extend the lead to 11 points before the Aztecs finally scored over three minutes into the quarter, connecting on a pair of free throws to make it 41-32.

San Diego State added another free throw a couple minutes later, but it took until the 2:29 mark of the third quarter for the Aztecs to score their first basket of the half, at which point the Buckeyes led 45-35, and eventually led 51-41 at the end of the third.

As a team, the Buckeyes were 46.4 percent from the field, including 5 of 16 from beyond the arc, while the Aztecs were held to just 32.2 percent from the floor. San Diego State guard Asia Avinger and Ramos both led with 10 points.

Ohio State will take a short break over Christmas before traveling to face No. 9 Michigan on New Year’s Eve at 12 p.m.