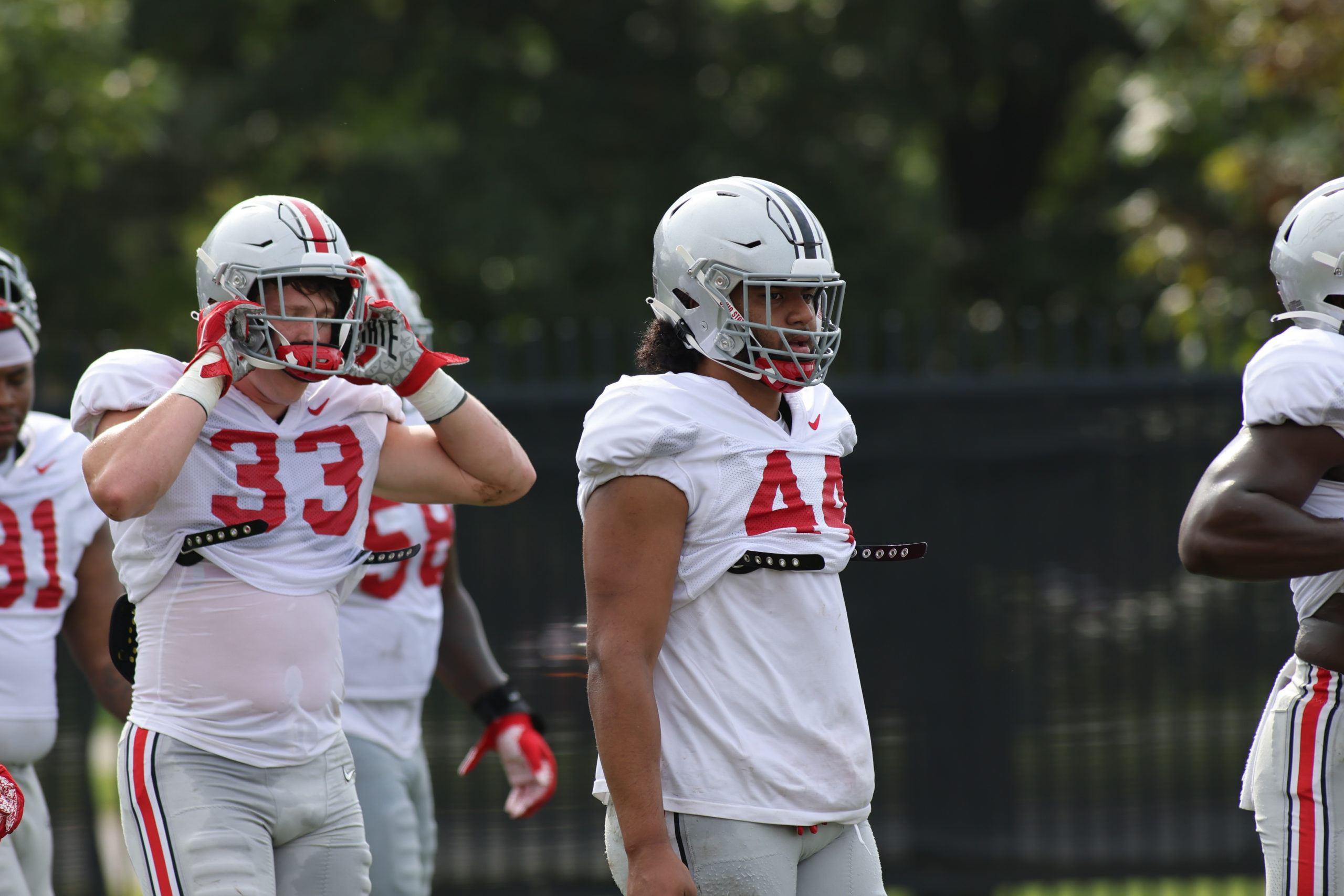 With Ohio State head coach Ryan Day recently wrapping up his third recruiting class as the lead man for the Buckeyes, Buckeye Sports Bulletin is taking a look back to rank his three recruiting hauls. These rankings reflect both what the classes have accomplished and how they’re expected to impact the coming years for Ohio State. No. 3 (2020) posted on Wednesday and No. 2 (2022) posted on Thursday, and for Day’s top class, we look at the class of 2021.

After breaking down Ohio State head coach Ryan Day’s classes of 2020 and 2022, we finish this series off with 2021, the best class that Day has signed to date.

Not only is this the best class that Day has signed, but it’s the best class in Ohio State history, checking in with an average player ranking of 0.9498, which surpasses the previous program high of 0.9459 in 2017. The 2021 class also ranked second in the nation, which Ohio State has only done four times along with 2013, 2017 and 2018.

The one mark against Day in this class is that its top prospect – quarterback phenom Quinn Ewers, who transferred to Texas at the end of last season – is no longer a representative of the class. Even so, the class ranking would not have changed had Ewers committed elsewhere before enrolling at Ohio State

With that said, even without Ewers, this class featured six other five-star prospects, including running back TreVeyon Henderson, who had a breakout year in his true freshman season with the Buckeyes, rushing for 1,255 yards and 15 touchdowns.

Defensive ends J.T. Tuimoloau (No. 4 overall) and Jack Sawyer (No. 5 overall) worked themselves into the rotation on the defensive line and are set to compete for starting spots this upcoming season, and wide receiver Emeka Egbuka (No. 10 overall) shined as a kick returner for Ohio State and will look for an increased role this year with wideouts Chris Olave and Garrett Wilson off to the NFL.

Donovan Jackson, the No. 19 prospect in the class and No. 1 offensive lineman, will also be able to earn a starting spot this season with offensive linemen Thayer Munford and Nicholas Petit-Frere leaving open spots. And of course, don’t forget about quarterback Kyle McCord, who will back up C.J. Stroud this season but will be able to compete for the starting job in 2023.

Outside of the five-stars, numerous four-stars got involved this past season, including defensive lineman Tyliek Williams, who could push for a starting job on the defensive line, Marvin Harrison Jr., who shined in the Rose Bowl with three touchdown receptions and is in line to start next season, as well as Denzel Burke, who started at cornerback as a true freshman.

While some like defensive tackle Mike Hall, linebacker Reid Carrico and the cornerback pair of Jordan Hancock and Jakailin Johnson have not come on as expected, there’s hope that they’ll see increased action this season as Ohio State leans into the youth talent on the roster. Even three-star punter Jesse Mirco out of Fremantle, Australia shined, averaging 42.3 yards per punt.

Despite the 23-man class being on campus for just over a year, the Buckeyes already have as many as nine pushing for a starting job this upcoming season. There will be time for the role players to separate themselves, but as it stands, Ohio State is looking at significantly more hits than misses in this class, with Ewers the only clear strikeout thus far.