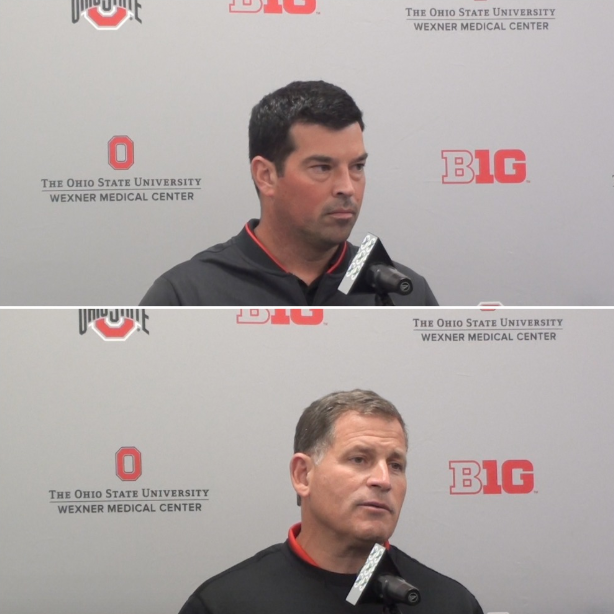 Head coach Urban Meyer was back at the Woody Hayes Athletic Center throughout the week as he prepared Ohio State in practices for its Big Ten opener Saturday against Rutgers, but his weekly radio show with 97.1 The Fan deferred to acting head coach Ryan Day and defensive coordinator Greg Schiano.

How have the Buckeyes gotten ready for the Scarlet Knights with Meyer back around the team? Day and Schiano break down the latest in Thursday’s final media appearance of the week.