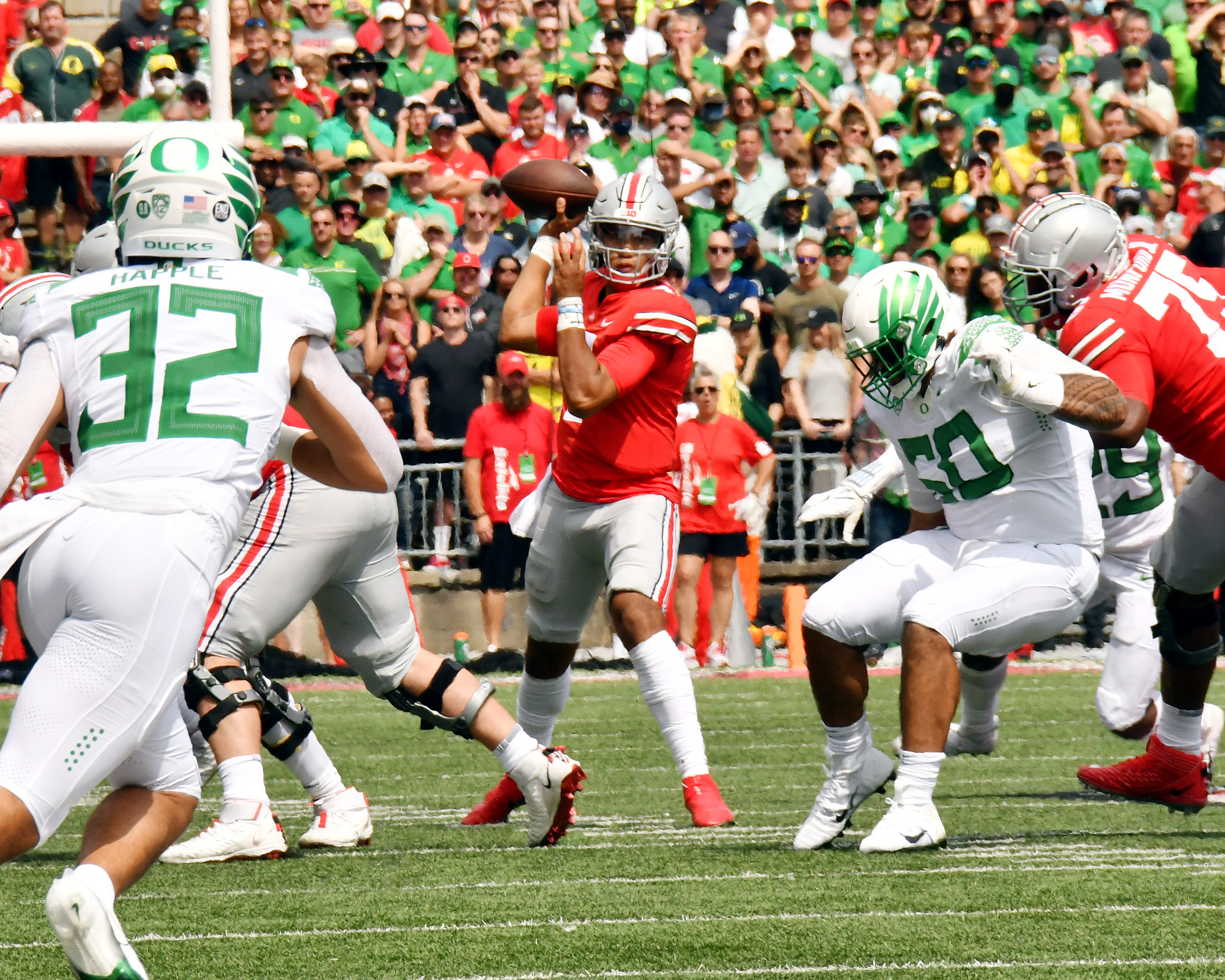 For the second week in a row, Ohio State quarterback C.J. Stroud was selected as the Freshman of the Week in the Big Ten after a strong showing in Ohio State’s 35-28 loss to Oregon on Sept. 11.

Stroud set career highs and approached several school records against the Ducks, completing 35 of his 54 passing attempts for 484 yards and three touchdowns, while throwing just one interception on a desperation heave at the end of the game. He was just 16 yards short of topping Dwayne Haskins’ record-setting 499 passing yards against Northwestern in 2018 and becoming the first Buckeye to surpass the 500-yard mark in a single game.

Stroud is the lone Buckeye to claim a weekly award through three weeks, though Illinois and Nebraska were alone in competing for the week zero crowns.