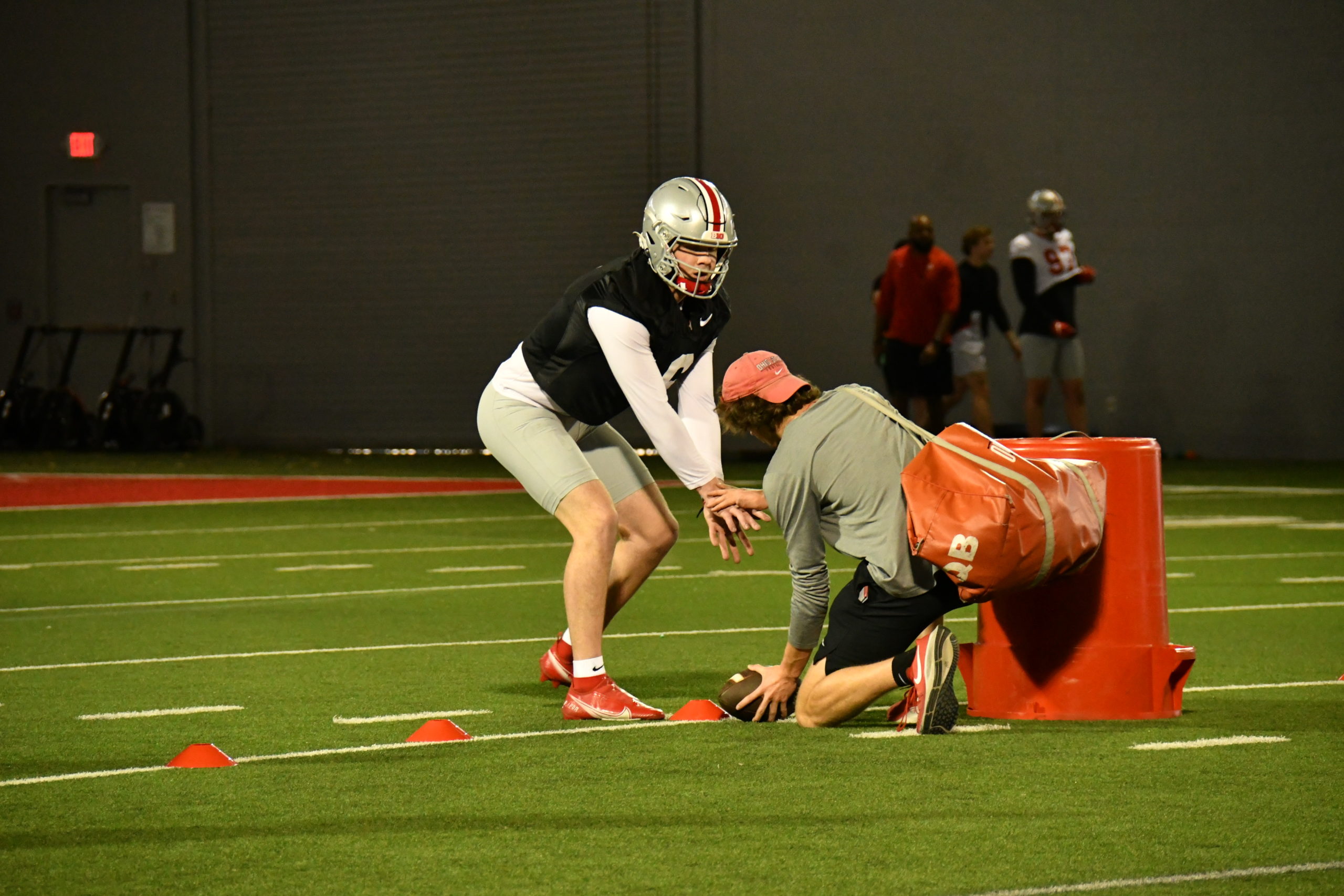 Despite sitting firmly behind redshirt sophomore C.J. Stroud, the incumbent starter and a Heisman finalist in 2021, entering this season the Philadelphia native and former five-star has no plans to depart Ohio State any time soon, telling media that he thinks the thought he would enter the transfer portal to find a starting job this season are ridiculous.

“It’s ridiculous,” McCord said April 6. “I mean, especially now with the transfer portal, I feel like if something isn’t going the way a guy expected it to, fans and even the player might think I can just put my name in the portal and change a situation like that. But I think you just have to see the bigger picture of it.”

For the 2021 signee, who already managed to fend off a five-star classmate in Quinn Ewers to establish himself as Stroud’s top backup, Ohio State offers everything he wants at this point in his career – even if that doesn’t yet include starting snaps.

“I mean, what more could I want, being at a school like this, getting coached by the best coaches in the world? I didn’t really even think about (leaving) at all, to be honest. And I think you just have to see the bigger picture. I mean, yeah, do I want to play this year? Of course, but I think you’ve got to look at it from a long-term perspective.”

Ewers wasn’t the only domino to fall this offseason, ultimately reassuring McCord that his long-term future is best served by sticking around with the Buckeyes. Stroud’s classmate, former four-star Jack Miller, announced in December that he’d be transferring to Florida, leaving McCord as the only quarterback with any collegiate reps on the roster behind Stroud entering this season and giving him a distinct leg-up on early enrollee Devin Brown.

“When those two guys made their decisions to leave, I think it definitely kind of cleared up everything,” McCord said. “I think there’s still a long way to go from now until next year, so I’m just focused on the present. But when you look at the long-term picture, I guess you could say it cleared itself up.”

A future competition with Brown is, as it stands right now, the defining long-term question for McCord. Stroud is almost certainly set to depart after the 2022 season, which would leave the starting job in 2023 up to either McCord, the freshman out of Utah, or whoever the Buckeyes sign in the class of 2023, barring any surprising moves in or out of the portal.

And a year ahead of that potential competition, McCord is feeling better than ever. After seeing a full game of reps against Akron a season ago and working all year under head coach Ryan Day, McCord has seen a significant transformation in his play.

“It’s night and day, it really is,” McCord said. “I think when you go through a full offseason and then a full season and then another full offseason, you see things from a different perspective. Picking up on the little details now is really the biggest thing, that’s where I’ve grown the most. The game’s slowing down, so I think just the combination of all that is just a confidence booster when you step out there on the field. I feel like I’m at a totally different comfort level, seeing things quicker, anticipating.”

He’s not looking forward to next offseason, though. Always in the moment, McCord is focused entirely on improving every day – especially as he knows that he’s just one play from being called on as the quarterback for Ohio State this season.

“I’m just worried about right now getting better every day,” he said. “I’m not really looking into the future like that. I think it’s easy to get caught up thinking about that and thinking, ‘If C.J.’s gone, I could be the guy.’