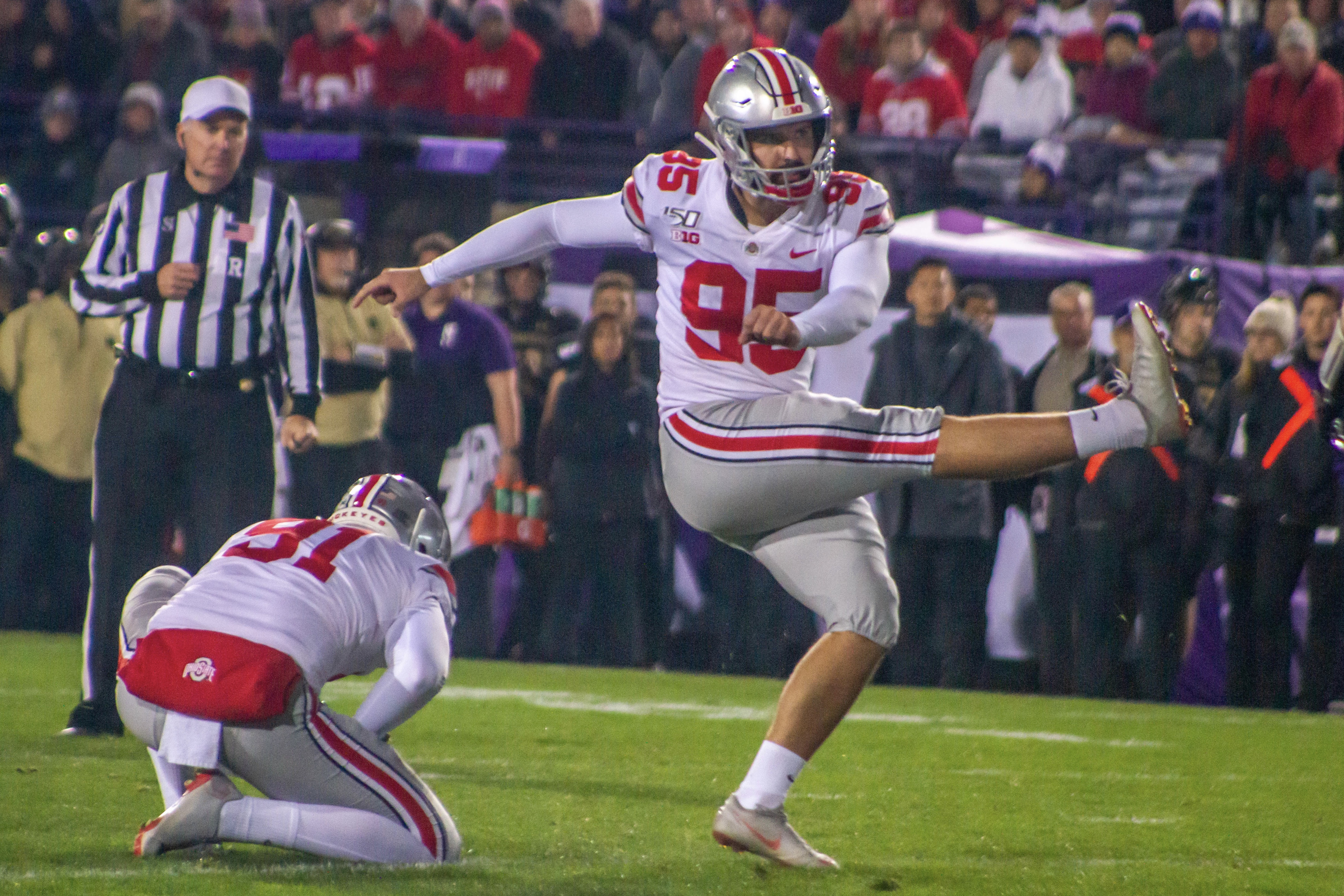 While it’s still not season preview time for the Buckeye Sports Bulletin Podcast quite yet (next week!), there is still plenty of Ohio State football to predict and to talk about, just over two weeks out from game one against Nebraska.

To do that, Patrick and Wyatt took a look this week at some in-house over/under (read: set by us) lines for individual statistic performances from some of the top Buckeyes this season, along with a few national lines that could play a role in the playoff race. The entire list of questions and picks is included below for the sake of posterity (and to go back and laugh at in January).

A few around the country

After the over/under picks, a quick talk about Dwayne Haskins, a look around the college football world, and then another tricky Bucks Box, that you can play along with at home as you listen to the show. Bucks Box starts right near the end of the episode, with about 10 minutes remaining.

Follow the show on Twitter at @buckeye_sports and follow Patrick (@patrick_mayhorn) and Wyatt (@wcrosher). Get more from BSB at buckeyesports.com. You can listen on the embedded PodBean player below, or on YouTube, Apple Podcasts, Stitcher, Spotify, iHeartRadio or Google Podcasts, all of which offer the show for free. The next episode will be out on Friday, Oct. 16. We’ll be jumping to two shows a week starting on Oct. 23 with a Nebraska preview, and a recap show on Oct. 26.

If you like the show, please be sure to leave a five-star review on Apple Podcasts. If you have a question for a future mailbag episode, leave a five-star review and include your question in the review, or hop on over to the BSB forums (subscribers only) and leave your question in our episode discussion thread. The next episode is the full team preview episode so questions would be greatly appreciated.