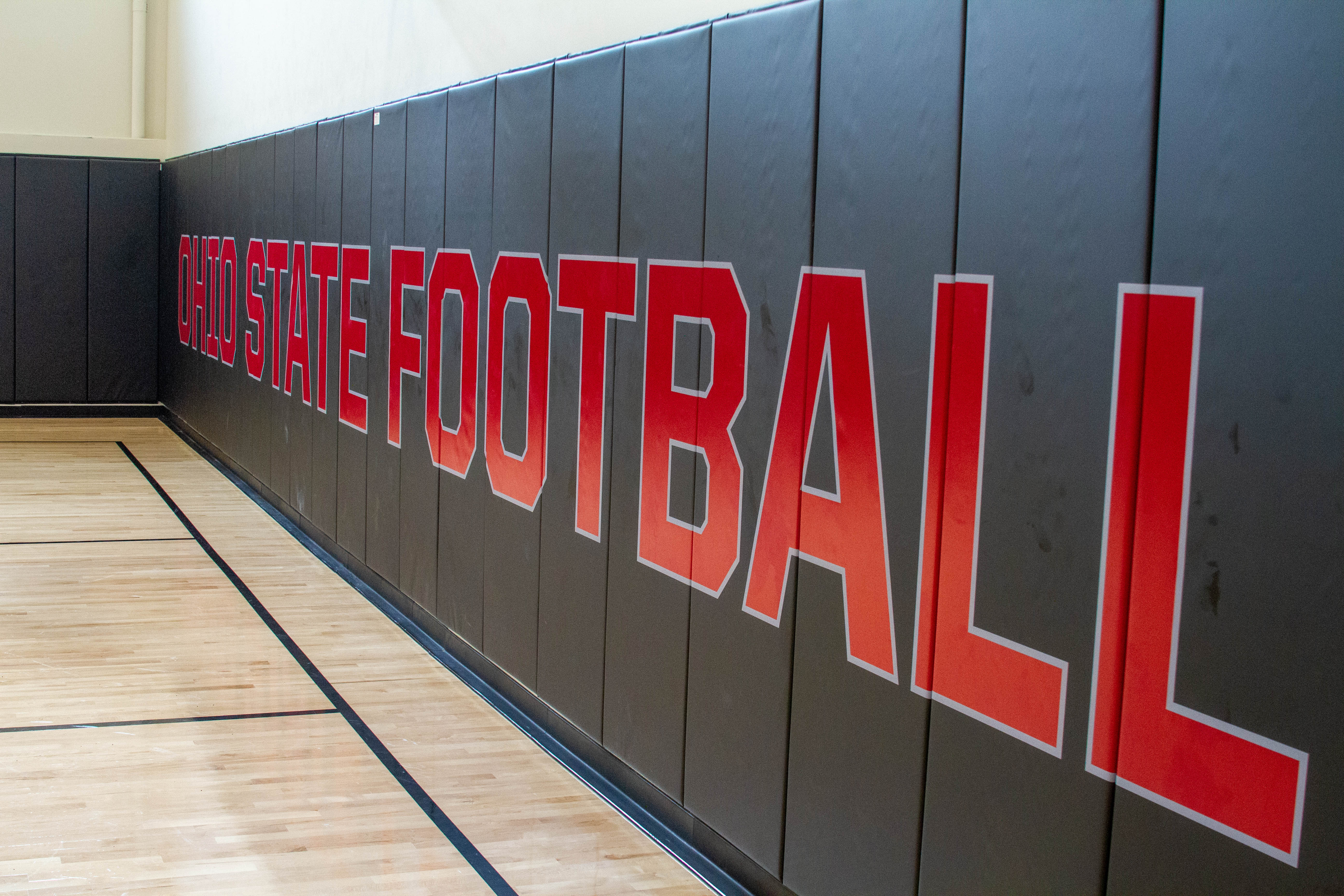 “It’s sweet because we used to be in this little shack,” wide receiver Austin Mack said. “It just shows that Ohio State has the best facilities.”

The project — which expanded a small room in the east end zone into a 13,000-square foot retreat for the players — cost more than $7.8 million, but head coach Ryan Day believes it’s been worth every penny.

“Unbelievable,” Day said. “The new addition is huge for us. It’s really catapulting us in recruiting, which is really important. We say we give and create an environment which is one of the best in the country in terms of taking care of a student-athlete on the field, off the field, emotionally and socially. Guys come in here, they can spend all day, play arcade games, shoot baskets, play on the golf simulator, they can recover on the cryo. We want them to feel like this is their home.”

The updated facility also constantly reminds players of the biggest game of the year, too, with several walls dedicated to the rivalry with Michigan. One includes a clock counting down to kickoff on Nov. 30.

“Every time we walk up the stairs to go eat, we always look to the left and see the clock,” linebacker Malik Harrison said. “It just brings back memories or just excites you for that game.”

For those wondering, there are 119 days until the Buckeyes take on the Wolverines in Ann Arbor. And if you’re hoping to pass the time, make sure to check out photos of the renovations at the Woody below.