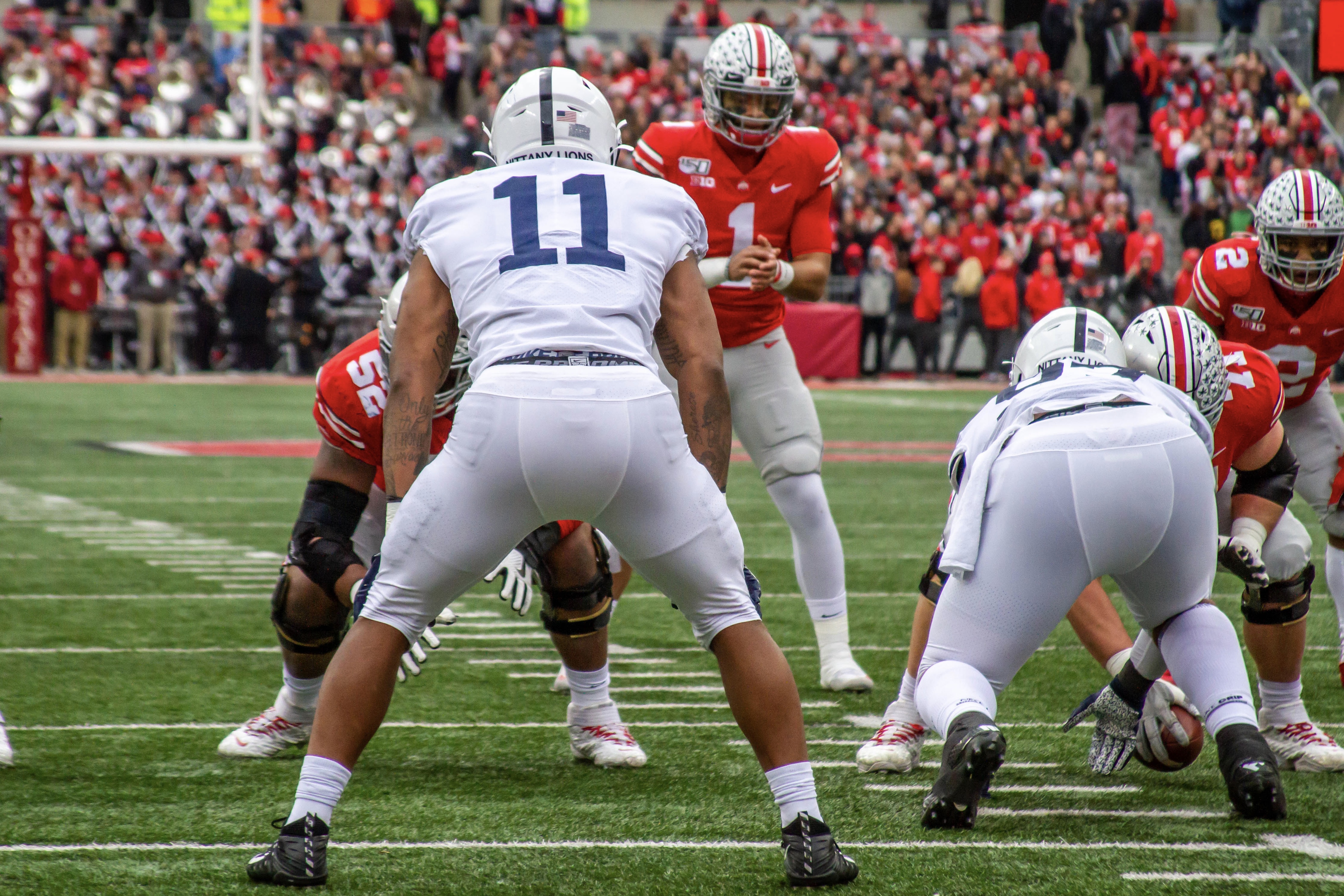 There were confirmations Wednesday on if two of the top players from the Big Ten last season – Penn State linebacker Micah Parsons and Minnesota wide receiver Rashod Bateman – would be returning in 2020.

Parsons, who opted out back on Aug. 6, will not be returning to the Nittany Lions according to Penn State head coach James Franklin, while the Golden Gophers announced on Twitter that Bateman will indeed be back for Minnesota in 2020 and has been approved to play, even after his opt out back on Aug. 4.

“I think there was a legitimate possibility for that to happen. But as we continued to talk, the timing of it made it challenging,” Franklin said Wednesday. “That won’t be happening. We understand the decision. Just like we were on the front end, we’re supportive of the decision.”

Parsons led the Nittany Lions with 109 tackles, while also adding 14 tackles for loss, five sacks, five pass breakups, four forced fumbles and a fumble recovery in 2019, numbers good enough to be the Big Ten’s linebacker of the year and a consensus All-American.

He was initially a major Ohio State target as a five-star recruit out of Harrisburg, Penn., but after the Buckeyes committed a recruiting violation by letting Parsons take a photo with Kirk Herbstreit, a former Ohio State quarterback, on the set of ESPN’s College Gameday, Ohio State stopped their pursuit of the linebacker.

Bateman is set to return for his junior season after a breakout sophomore campaign, in which he caught 60 passes for 1,219 yards and 11 touchdowns, earning first-team All-Big Ten honors with fellow Gopher wide receiver Tyler Johnson. In his freshman season, Bateman finished with 51 receptions for 704 yards and six touchdowns in 13 games.

A four-star prospect out of Tifton (Ga.) Tift County, Bateman will be switching his number from 13 to zero to represent “zero tolerance for racism in our culture and is a call to action to end racism in our society,” according to a statement released on Twitter.

Ohio State is set to go on the road to face Penn State on Oct. 31. The Buckeyes are not scheduled to play Minnesota, but could be matched up with the Gophers during Big Ten Championship Week.