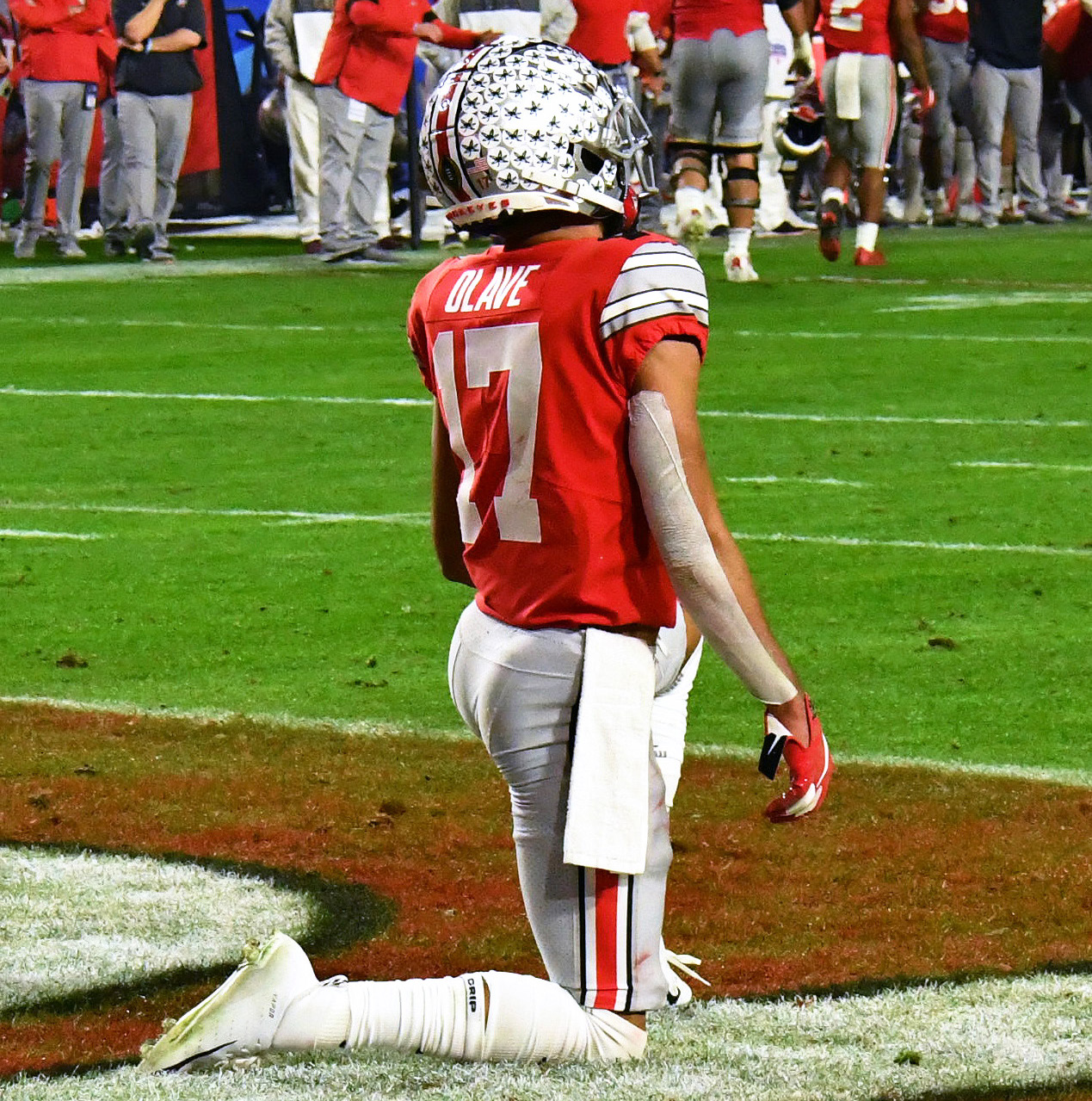 The Buckeyes had scored on this exact route earlier in the quarter, a 23-yard touchdown that temporarily put them ahead by two. But this time, trailing 29-23, Olave broke off his route thinking Fields was scrambling and safety Nolan Turner intercepted the pass to seal the game for the Tigers.

“It’s just a bunch of what-ifs,” Olave said during a teleconference on Tuesday afternoon, his first interview since the Fiesta Bowl. “What if I didn’t do that? Or what if we didn’t call that play?”

But rather than dwell in the past, Olave has been using the loss — and his mistake — as motivation for the upcoming season.

“It was tough, especially for me,” Olave said. “I care so much about this team and this university. I don’t think I’ve gotten over it still and I still got that chip on my shoulder and want to show what I can do.”

Olave, who hauled in a team-leading 49 receptions for 849 yards and 12 touchdowns last season, is projected to be an early-round draft pick next spring. But he never considered opting out of the season when the Big Ten initially postponed fall sports, especially given the way the Fiesta Bowl ended.

“I would have come back,” Olave said. “That’s a guarantee. I couldn’t leave with that as the last play, so I would have came back. But we got the season reinstated, and we’re ready to go.”