OSU WBB Picks Up 1st Commitment For 2020 In Anyssa Jones 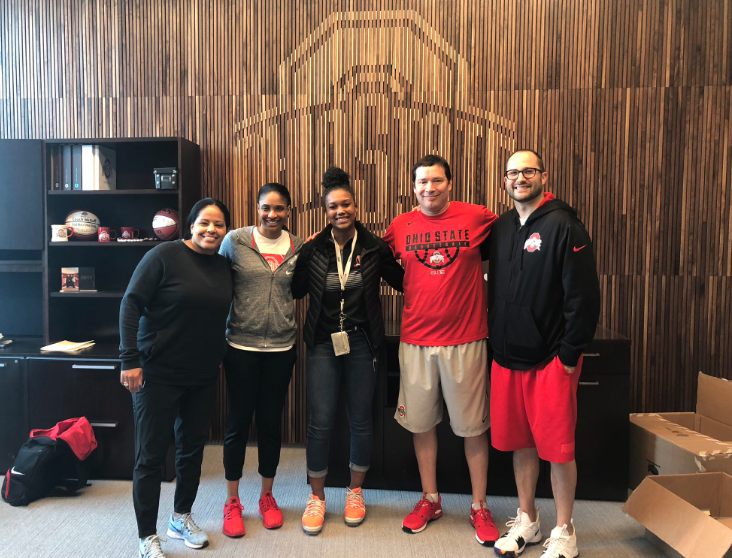 Ohio State head women’s basketball coach Kevin McGuff and his staff got ahead of the game Monday evening when he and the Buckeyes added their first commitment for the 2020 recruiting class as Anyssa Jones announced in favor of OSU. The guard from Westerville (Ohio) South chose Ohio State among a double-digit list of scholarships that included Florida State, Marshall, Purdue, Miami (Fla.), Michigan State and Maryland.

She plays on the same high school team as another target for the Buckeyes in three-star forward Gabby Hutcherson, who also holds an offer from OSU. According to ESPN’s HoopGurlz Recruiting Rankings, Hutcherson is the No. 60 overall player and No. 16 forward in the country for the next cycle. She also holds double-digit offer list of offers from Miami (Fla.), Tennessee, North Carolina, Kentucky, Florida, Louisville, Florida State, Minnesota, Indiana, Michigan, Maryland and Michigan State, among others.

Ohio State now boasts four pledges across 2019 and 2020. Canton (Ohio) McKinley’s Kierstan Bell (No. 6 overall, No. 2 guard), Indianapolis North Central’s Rikki Harris (No. 24 overall, No. 6 point guard) and Dublin (Ohio) Coffman’s Jacy Sheldon (No. 41 overall, No. 10 guard) tally the Buckeyes’ trio of top-50 commitments in 2019. Jones does not yet have a profile currently on ESPN’s HoopGurlz Recruiting Rankings as they only slot a top-60 list.