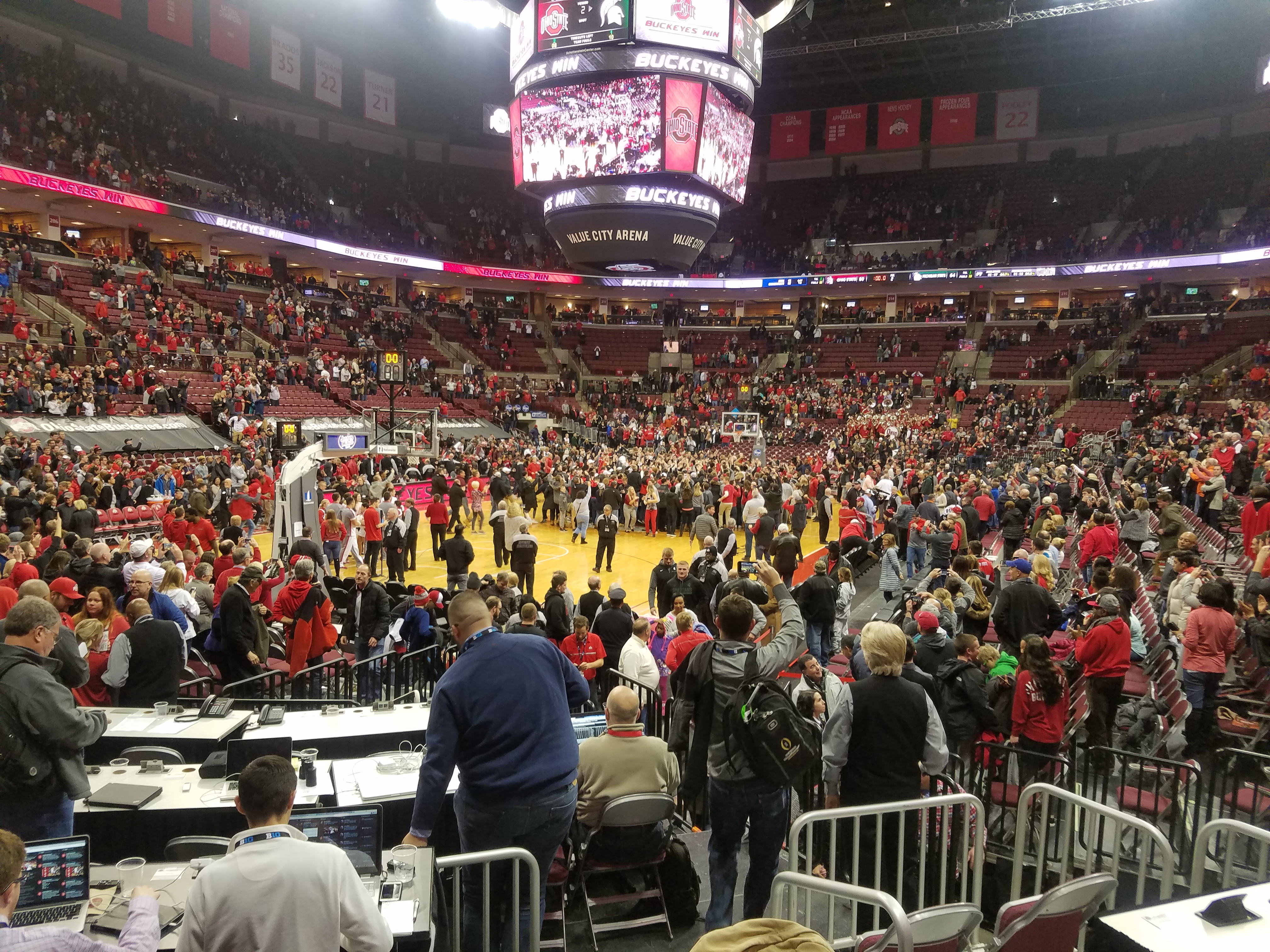 After an exhibition against the University of North Carolina at Pembroke on Nov. 1 in Columbus, the Buckeyes open the season with a trip down Interstate-71 for a game at Cincinnati on Nov. 7.

Four days later, Ohio State will hold its home opener at Value City Arena against Purdue University Fort Wayne. The Buckeyes will then travel to Omaha, Neb., to face Creighton on Nov. 15 to participate in the 2018 Gavitt Games (Big Ten vs. Big East) before returning home for meetings with South Carolina State (Nov. 18), Samford (Nov. 20) and a contest at legendary St. John Arena the day after Thanksgiving against Cleveland State (Nov. 23). The games against Purdue University Fort Wayne, South Carolina State, Samford and Cleveland State are all part of the Buckeye Basketball Classic, a four-game event staged entirely in Columbus.

The last time Ohio State played a regular-season home game at St. John Arena was on Dec. 12, 2010, an 82-60 win over Western Carolina. The Buckeyes have played five regular-season games in the venerable hall since the last full season there in 1997-98.

Following the Cleveland State matchup, which comes on the eve of the Ohio State-Michigan football game played at Ohio Stadium, the basketball Buckeyes welcome Syracuse to town on Nov. 28 for the annual Big Ten/ACC Challenge.

For the second straight year, Ohio State will start its Big Ten season in late November and early December. Two conference games, one home and one away, will be played between Nov. 30 and Dec. 5. Exact dates, opponents, times and TV will be announced at a later date. This year, the conference schedule has been expanded to 20 regular-season games, up from 18 games played since the 2007-08 season.

Ohio State will resume nonconference action with home games against Bucknell (Dec. 15) and Youngstown State (Dec. 18) before a neutral-site encounter vs. UCLA in the CBS Sports Classic on Dec. 22 in Chicago.

The Buckeyes close the 2018-19 nonconference slate at Value City Arena on Dec. 29 against High Point, a team coached by former Minnesota head coach Tubby Smith, who will be in his first season coaching his alma mater.

Prior to the season starting, Ohio State will take a summer trip to Spain from Aug. 1-11. Holtmann’s club will play three games on the trip, one each in Madrid, Valencia and Barcelona.

The aforementioned exhibition against UNC Pembroke will have a familiar face on the visitor’s bench. UNC Pembroke, an NCAA Division II program, is coached by Ben Miller, son of former Ohio State head coach Eldon Miller. Eldon, who coached the Buckeyes from 1977-86, is a volunteer assistant coach with the Braves.

Ohio State’s 2018-19 schedule features four opponents that played in the NCAA Tournament last season. Cincinnati was bounced in the second round by Nevada, 78-73. Creighton was eliminated in the opening round by Kansas State, 69-59. Syracuse made it to the Sweet 16 before falling to Duke, 69-65. UCLA played in the First Four games in Dayton and fell to St. Bonaventure, 65-58.

“We are excited about the challenge of this nonconference schedule,” Holtmann said. “Our hope is that it prepares us for the grind of a 20-game Big Ten season. We believe the schedule includes many exciting matchups that will be tremendous tests and games Buckeye Nation will enjoy.”