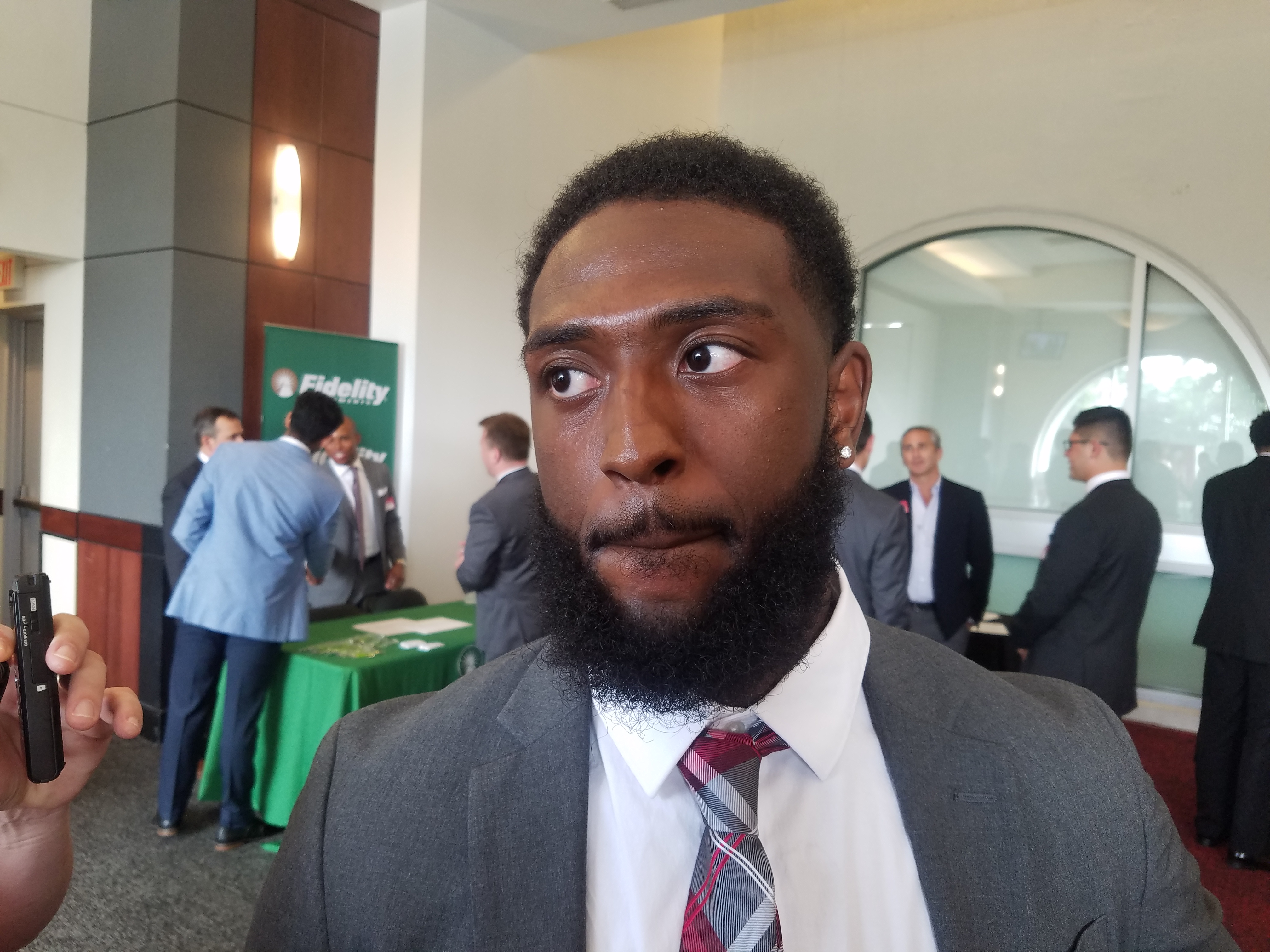 James can test free agency this summer if he declines the player option on the final year of his contract with the Cleveland Cavaliers by 11:59 p.m. on June 29.

James, who just completed his 15th season in the NBA, began his professional basketball career in 2003 when he was selected by the Cavs with the first overall pick in that year’s draft. After seven seasons in Cleveland, the Akron native decided to leave home and go to Miami, where he won two titles in four years with the Heat.

James then signed as a free agent with the Cavaliers in the summer of 2014. He brought the franchise its first-ever championship two years later by spearheading Cleveland’s historical 3-1 comeback against the Golden State Warriors in the 2016 NBA Finals. Since returning to Cleveland, James has led the Cavs to each of the last four Finals.

While some Cavaliers fans may be angered if James leaves again, Campbell, a fellow Akron native, said he’ll completely understand the move, adding that he is confident James will be successful with whichever team he selects.

“Honestly, it doesn’t matter what he does because he’s going to win wherever he goes,” Campbell said of James, a three-time NBA Finals MVP. “If he does leave, I want him to go to Houston. It doesn’t matter. He doesn’t owe anything to Cleveland anymore. He won them a championship, and they haven’t won a championship in forever. I don’t think he owes them anything, so people really can’t be mad.”

Dixon, who hails from West Palm Beach, Fla., predicted that James will head out to Los Angeles to play alongside a couple of other All-Stars who will join him in the move to the West Coast.

McLaurin, an Indianapolis native, said he hopes James remains in the Eastern Conference for the sake of the league. After all, Golden State has won three of the last four titles.

Regardless of where James ends up, Campbell, Dixon and McLaurin will have his back.

“We’re bandwagoners,” Dixon said. “We travel with ’Bron. I don’t care what anybody says.”