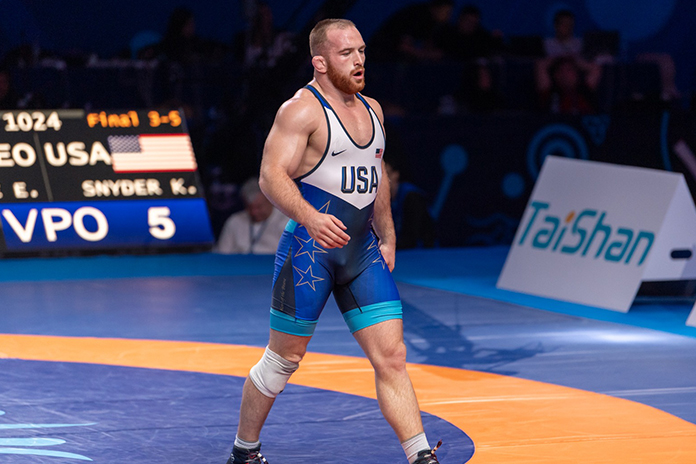 Snyder faced off against Sadulaev for the third time in his career. Both wrestlers had defeated each other once before, and Saturday morning’s pairing was the rubber match.

Sadulaev entered the match having won 56 consecutive bouts, and his last loss came to Snyder at the 2017 World Championships. The Russian exacted his revenge in a hard-fought battle to claim the top spot on the podium.

Snyder fell in a hole early, allowing Sadulaev to take a 6-0 lead after a takedown and a pair of two-point counters. He battled back to score the match’s final three points, but the initial deficit proved to be too much for Synder to overcome.

After 90 minutes of regulation, Canada and Sweden tied 1-1. The Canadian team kicked a successful shootout attempt in the first round, before Sweden took the lead 2-1 in the third round.

Canada’s Deanne Rose knotted up the score before goalkeeper Stephanie Labbé made a critical save in the sixth. Immediately after, 20-year-old Julia Grosso scored the medal-clinching goal for the Canadians with a kick to the left side of the net.

Prince started in each Olympic contest for Team Canada, including the 1-0 win over the United States women’s national team on Monday. The former Ohio State forward won her second career medal as she received bronze for Team Canada in the 2016 Rio Games.