McCall Says Transferring Out Of Ohio State Would Have Been ‘The Easy Way,’ Talks Transition To CB 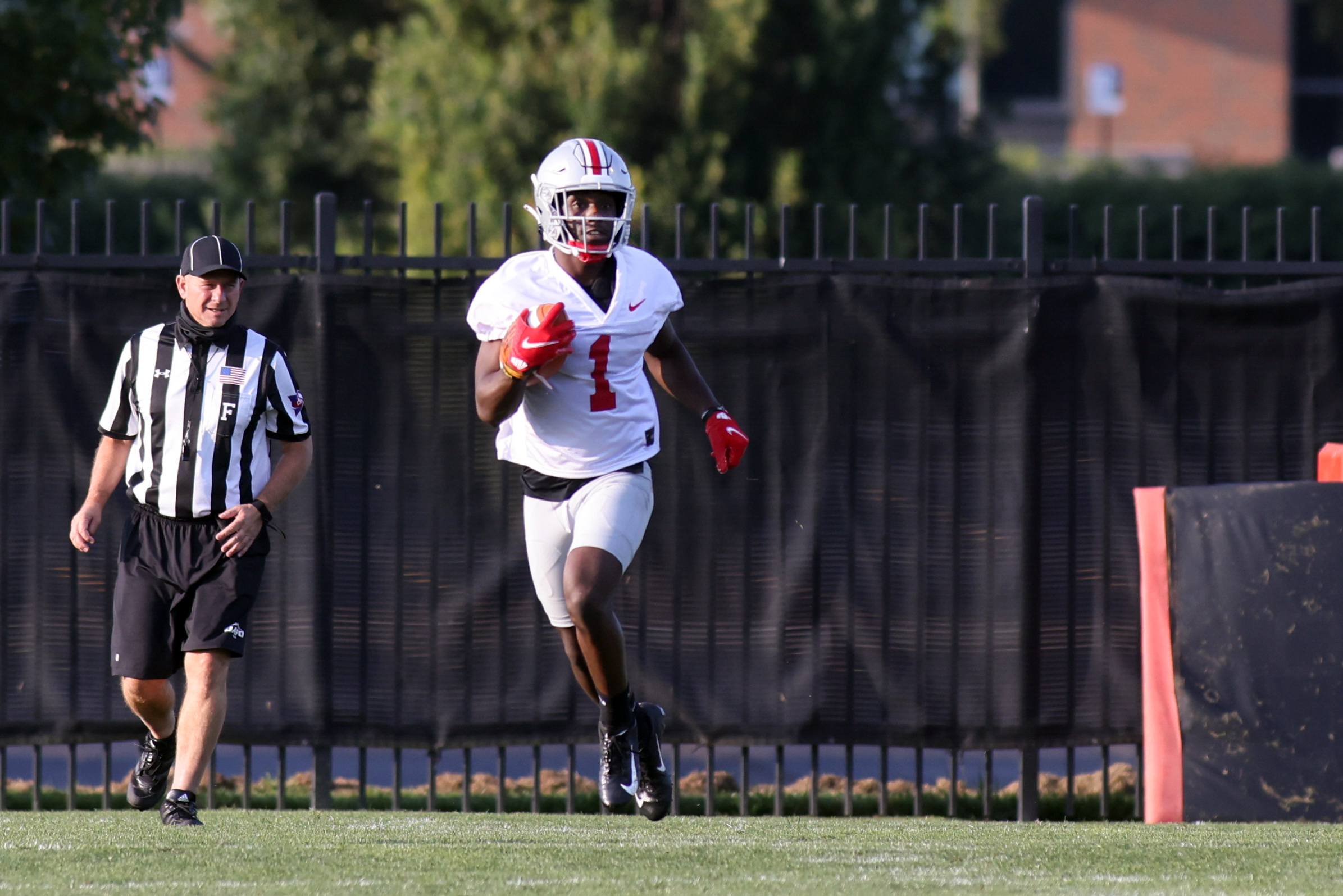 When asked Friday what stuck out about his Ohio State debut, a game that took place all the way back in September 2016, the sixth-year Buckeye veteran couldn’t get the words out fast enough.

“My two touchdowns,” McCall said after the third practice of fall camp.

The North Ridgeville, Ohio, native might have smudged one detail, believing the opponent to be Rutgers instead of Bowling Green State, but everything else about the game was quite memorable for McCall.

That’s because, frankly, there haven’t been a whole lot more standout performances from the former four-star all-purpose back and top 50 high school recruit in the half decade to follow, even if McCall had no reason to believe that at the time.

“I wasn’t surprised when I scored two touchdowns, because coming out of high school I was already balling,” McCall said. “So I just felt like, ‘Just keep doing what you’re doing.’”

But stints at running back, wide receiver and kick returner have all proved more or less unfruitful for McCall, who now has a fresh coat of paint at the cornerback position in 2021. He knows that most spectators question why he has remained with the program despite his lack of opportunities on the field, but McCall said he refuses to give up, and still has hopes of contributing to the team in a major way this season.

“I feel like a lot of people who would have been in my shoes right now would’ve transferred or left. That’s the easy way,” McCall said. “I just feel like me being me, and just coming from where I come from, the transition from receiver to corner was almost the easy part for me. It wasn’t a hard choice for me to make at all. It wasn’t, at all.”

However, offense has never been the only side of the ball that McCall knew how to play.

From youth football through high school, McCall said he has long had the techniques of a defensive back in his pocket, and that it hasn’t taken all that much for him to jump right back into the thick of things.

“It’s more so remembering, but learning the technique again,” McCall said. “It wasn’t a hard transition for me. I’m an athlete, I’m a football player –– played football my whole life. So it was nothing new to me. It was probably new to Buckeye nation and the guys who can’t see me on defense or who didn’t watch me in high school or before that. But I played defense my whole life until I got here.”

In fact, McCall’s latest position switch doesn’t seem to be going half bad.

Defensive coordinator Kerry Coombs said McCall is a “rep-eater” in practice, and that on more than one occasion, secondary coach Matt Barnes has pointed to McCall’s technique as being the best of the bunch in the meeting room.

“He’s a piece of clay. He just does everything the way we tell him to do it, because he’s never done it before,” Coombs said. “Whereas other guys do things the way they want to do it, because they’ve done it before. Not Demario. So he is doing things exactly the way –– because he doesn’t know any better, and you love that about Demario. And he’s high energy, he’s quick-twitch. I’m excited to watch him play.”

McCall might disagree with Coombs on the notion that he hasn’t done it before, but it’s inarguable that he is going up against far better talent than he ever did playing defense in high school.

McCall said he hasn’t been intimidated by the likes of Chris Olave and Garrett Wilson at wide receiver though, because the practice environment is always centered around improvement. Just a year prior, McCall was in the same position room with the two players he now faces off with in practice.

Bouncing back and forth from one offensive position to the other with little reward for over the years, McCall has had his share of frustrations, and they’ve required frequent conversations with family members and teammates to work through.

But McCall said he can’t be broken that easily.

“One thing about me, I’m gonna stay positive. I see all the comments –– I see it all, I hear it all,” McCall said. “But one thing I will never let you do is see me down. That’s why I will not let you see me down. Every time you see me, I’m gonna be smiling, positive, chest up, head high, just like I was brought up.”

McCall said he considered transferring out of the program a number of times, but the camaraderie with his teammates kept pulling him back.

Unlike when he entered the Buckeye program in 2016 as a heralded high school prospect, there are no expectations for McCall as he opens his sixth fall camp in Columbus. In fact, if McCall sees rotational time at all on the Ohio State defense, it would likely come as a shock to most.

Well, maybe all but one, anyway.