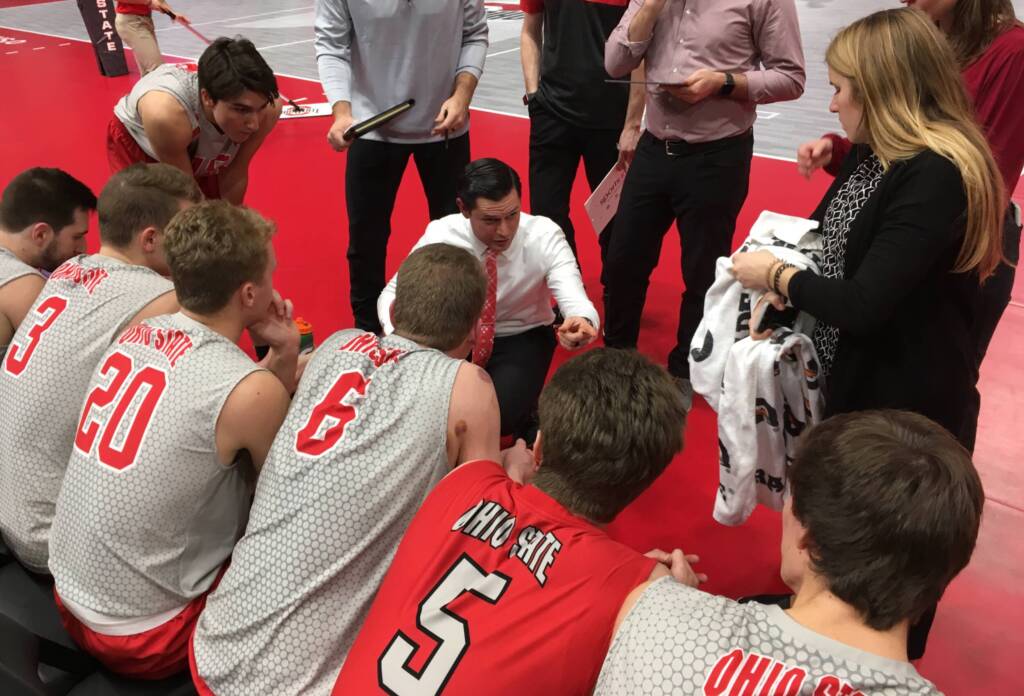 With winter break coming to a close, Ohio State’s Olympic sports are back. A new team’s season, men’s volleyball kicked off over the weekend, while swim and dive returned to the pool, with the Buckeyes starting off the true winter season 3-0, including an impressive first match for a new head coach.

The first game of the Kevin Burch era was a straight sets win for the Buckeyes,  25-17, 27-25, 25-19 against North Greenville. Burch is a former Buckeye player turned assistant coach under legendary head coach Pete Hanson — who stepped down in April of 2019 after 35 years in Columbus. He was named the replacement in May.

In that first game, the Buckeyes had no real issues against North Greenville, as they never trailed, continuing a streak of nine-straight Buckeye coaches to win their first game.

The Buckeyes continue their home stretch on Jan. 7 against Urbana University and Saint Francis University on Jan. 9.

Both the men and women’s teams were able to open their 2020 with a win against Kentucky. The men won seven events and took the dual, 175.5-142.5, while the women grabbed first in eight events and won their dual 165-156. Lyle Yost had two wins for the men on the 3-meter and 1-meter springboard with Jacob Siler placing first in platform diving, while Mackenzie Crawford won first for the 3-meter springboard and the platform in the women’s events.

The next meet is scheduled for Jan. 18 against Michigan for both teams.