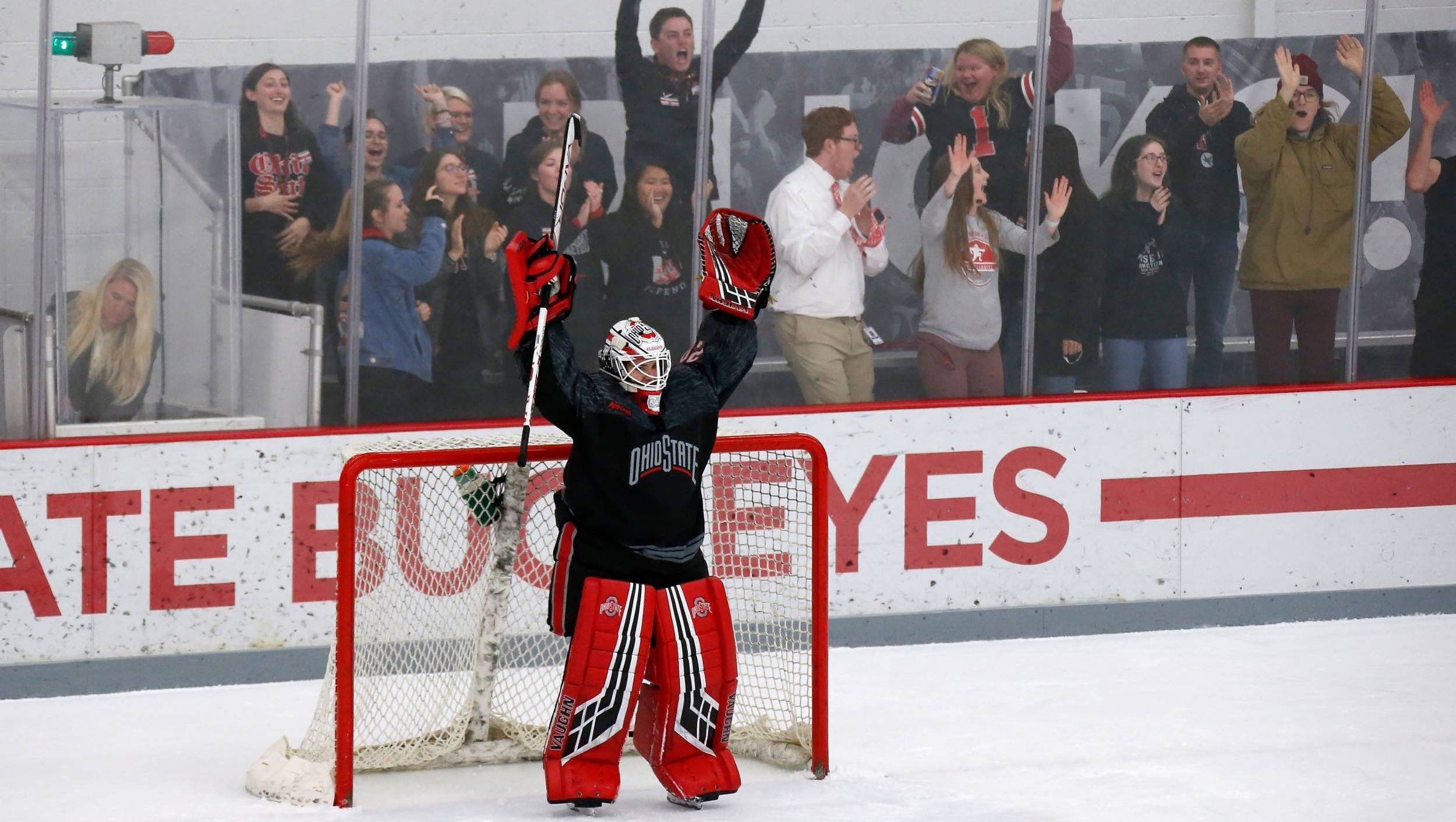 It was a bit of a quiet week for Olympic sports at Ohio State, with many of the fall seasons approaching their conclusions in the coming weeks. Despite a lack of significant action, the Buckeyes did manage to go 6-4, bouncing back from a bad showing last week, led by the men’s hockey team and field hockey.

It was yet another up and down week for the young Buckeyes. They won their fourth straight weekday game, 3-1 over Rutgers, only to follow it up with yet another weekend loss, 3-0, to Illinois.

The Buckeyes have struggled all year with putting two games together, as evidenced by their 11-11 record and 4-4 showing in the last eight games. They take on Minnesota on Wednesday.

The Buckeyes dropped a heartbreaker in overtime to Iowa on Oct. 27, 2-1. The game went to overtime and nearly ended in a tie, but the Buckeyes surrendered a goal to Samantha Tawharu with just seven seconds to play, falling to 4-9-4 on the season.

This loss was a devastating one, because the Buckeyes desperately needed at least a win or tie for the sake of the Big Ten tournament, which only the top eight teams in the conference make. Now, with one game left against Wisconsin, Ohio State has to win to qualify. That game is in Madison, on Wednesday.

Just like for volleyball, the No. 9 ranked Buckeyes split their games this week. They kicked off a two game series with No. 2 Minnesota with a 4-3 win on Friday, but dropped game two, 4-2. Head coach Nadine Muzerall expressed her delight with the first game afterwards.

“We have a lot of girls from Minnesota on our team so they always come out to play with a bit of a chip on their shoulder,” Muzerall said. “And then of course, it’s personal for us three Gopher coaches. We know that they’re very well coached and we just tried to focus on us and recognize some of the things that Minnesota will do. I thought we were very well prepared for it.”

The second game produced a different tone, though.

“We have to be a team that’s more consistent,” Muzerall said. “We can’t always rely on the same players as they get tired, and we have to have our second and third liners step up a bit more. They all did it yesterday and that’s why I think we were successful.”

The Buckeyes were led by Liz Schepers, who had three goals over the weekend. They fall to 5-3-2 on the year and will face off with Bemidiji State on Nov. 1 and Nov. 2.

Ohio State snapped a four game losing streak with a 2-1 win over Penn State and a 4-0 win over Kent State to get to 7-8 on the season with one game to play.

“Good weekend for the team,” head coach Jarred Martin said. “To go 2-0 on the weekend, picking up a win against a good Penn State team help us qualify for the conference tournament and claiming a shutout win against Kent State, who just claimed the regular-season MAC title, is great. We have been focusing our possession and our defensive structure and today we showed improvement in both of those areas. We need to stay focused and keep working towards next weekend at Michigan State as we work towards playing our best hockey in the postseason.”

The Buckeyes finish out the regular season on Saturday against Michigan State.

The season has soured for the building Buckeyes, as they fell to 6-8-1 with a 2-0 loss to Maryland, with just two games against Indiana on Tuesday and Wisconsin on Sunday.

The hockey Bucks are off to a great start, and improved to 4-1-1 on the season with two wins over Mercyhurst over the weekend, 7-2 and 3-1. The Buckeyes were led by a Wyatt Ege hat trick on Friday and two Gustaf Westlund goals on Saturday.

“It’s always nice to win on the road,” head coach Steve Rohlik said after game one. “I thought our first period was one of our best of the year, even though the score was tied. We played the game the right way. As always, special teams is the key.”

BSB’s Craig Merz writes full recaps of each game, so be sure to check those out for more hockey coverage.