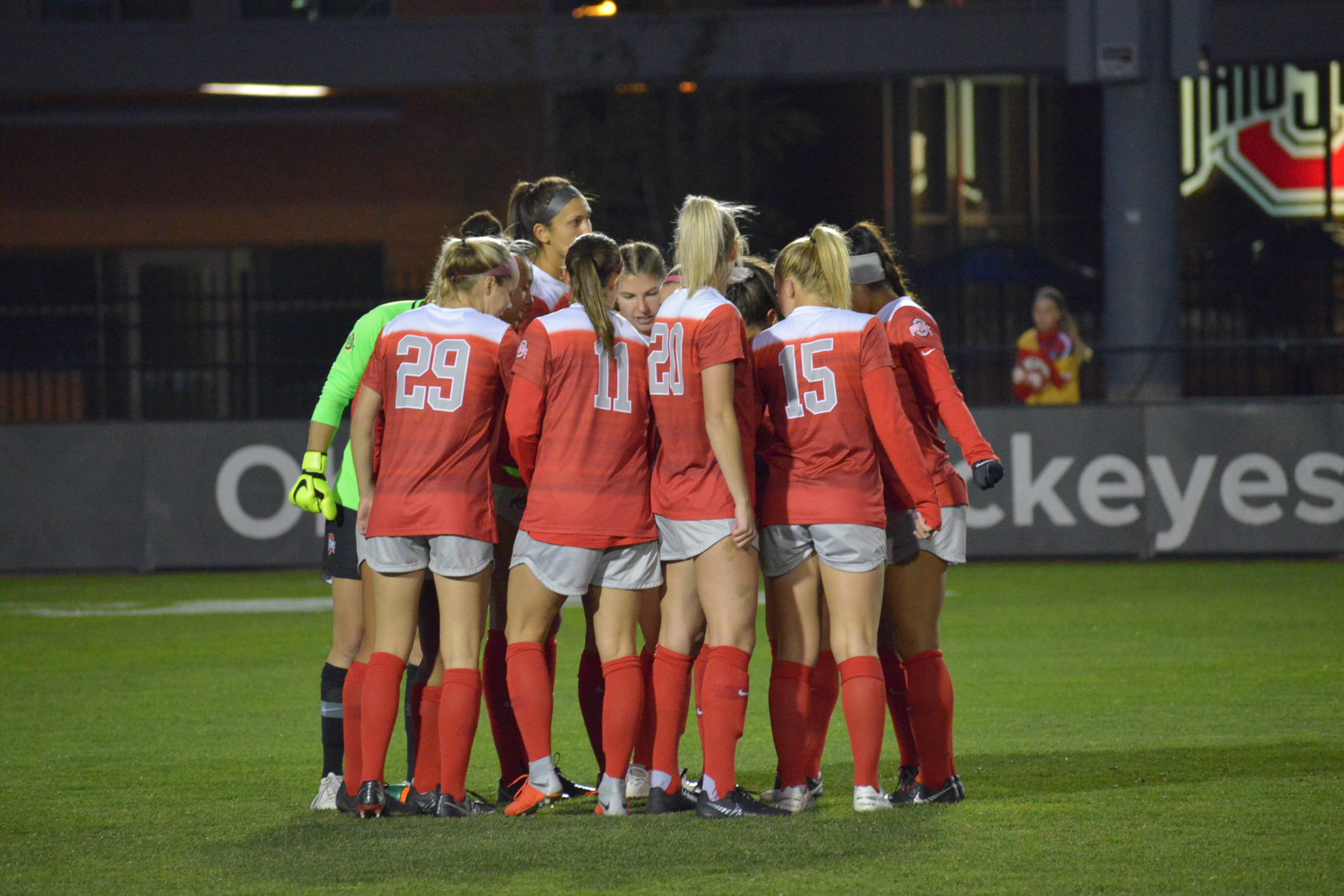 It was another difficult week for Ohio State’s Olympic sports. When the hockey teams struggle and the the non-hockey teams aren’t able to grab at least a few wins, Ohio State can tend to struggle, and this was such a week, as the Buckeyes finished 2-6-4 on the week.

The men’s team was the only part of the golf program in action this past week, with the woman’s team preparing for a trip to Houston next week. With the chance to prove itself, the men’s team put up a pretty decent performance at the Crooked Stick Invitational, finishing fourth of 14 on day one but fifth overall. The Buckeyes finished their fall season with a 17-over team performance, led by Felix Kvarnstrom, who shot two-over and finished ninth overall.

The team will take the winter off, and return to play on February 7th for the start of the spring season.

It was another tough week for the men’s soccer team, which drop both of its games this week, though both were against challenging opponents. The team has now dropped three straight, reaching back into its 3-2 loss to Cleveland State on Oct. 12. This past week saw a tough 2-1 loss to Kentucky on Wednesday, and a 3-1 defeat against Michigan State on Saturday. The Kentucky loss was especially painful, because the Buckeyes surrendered two late goals to squander what would’ve been a top 25 win.

The Buckeyes play next on Friday at home against Maryland.

Ohio State was unable to break its weekend losing streak, extending it to four after a 3-2 loss to Purdue on Sunday, but the team was able to grab a sweep over Iowa on Wednesday. Sitting at 10-10 on the season, Ohio State has 12 games left to showcase its talent and growth as a young team, and stretch starts with a home bout with Rutgers on Wednesday.

The women’s soccer team wasn’t able to secure any wins, but it did avoid losses, grabbing two ties, with the first coming 1-1 against Northwestern and the second in a scoreless match with Illinois. Head coach Lori Walker-Hock said she was impressed with how her team played in both games.

“I thought the first 45 minutes was some of the best soccer we’ve played all year,” Lori Walker-Hock, Ohio State head coach, said after the Northwestern game. “We had good rhythm. We had good tempo. We were crisp and we were defending really well as a unit. I was happy with what we did in the first half but, unfortunately the game is 90 minutes and we have to replicate that in the second half.”

“I’m really proud of our team,” Lori Walker-Hock, Ohio State head coach, said after the Illinois game. “Overtime on a Sunday is difficult to endure. We managed to get a point out of this game and were able to record the shutout so I’m proud of them for that. Scoring goals is a hard part of this game. We’ve worked on our movements and how to attack. We certainly got to the end line a lot but we have to do a better job with our finishing.”

With just two games left against Iowa and Wisconsin, the Buckeyes sit at 4-8-4, which means these last two games are really more for pride than anything. They take on the Hawkeyes on Sunday, in Iowa City.

Speaking of ties, the women’s hockey team also played to two ties in a weekend series with conference foe Minnesota State. The first game, on Friday night, saw the Buckeyes tie 1-1, while the second finished 3-3, thanks to two goals from Jincy Dunne. Assistant coach Emily West shared similar sentiments after both games.

“I think our mindset was pretty good going into overtime,” Emily West, Ohio State assistant coach, said after the first game. “Our girls in that last 20 minutes started to play their game finally. Tomorrow just comes down to how bad we want it. That one stings and it’s not something we wanted to be going through today but it’s gut check time for the girls now.”

“I’m proud of the girls that they battled back and had the courage and the legs to do that, but this weekend I think we were our own worst enemies and we fought ourselves a little to put us in those situations,” she said after game two.

The Buckeyes play next on Friday and Saturday, at home, against Minnesota.

The field hockey team continued its skid, dropping two more and extending its losing streak to four after losses to Rutgers on Friday and Maryland on Sunday.

The Buckeyes fell 1-0 to Rutgers and 6-3 to Maryland on senior night. With just three games to go, Ohio State sits at 6-8, and would have to win each of their final three over Penn State, Kent State and Michigan State to finish the season above .500.

The men’s hockey team was probably the best team of the week, which is saying something, because they won just one of two games and lost the other. The Buckeyes won their first game of a weekend series with Omaha, 3-2, but dropped the second, 2-1.

The win was led by goals from Matt Miller, Tanner Laczynski and Quinn Preston, while the loss saw a goal from only Carson Meyer. Head coach Steve Rohlik’s quote after game one looks more prescient now than it did when he said it.

The Buckeyes play next on Friday, against Mercyhurst.