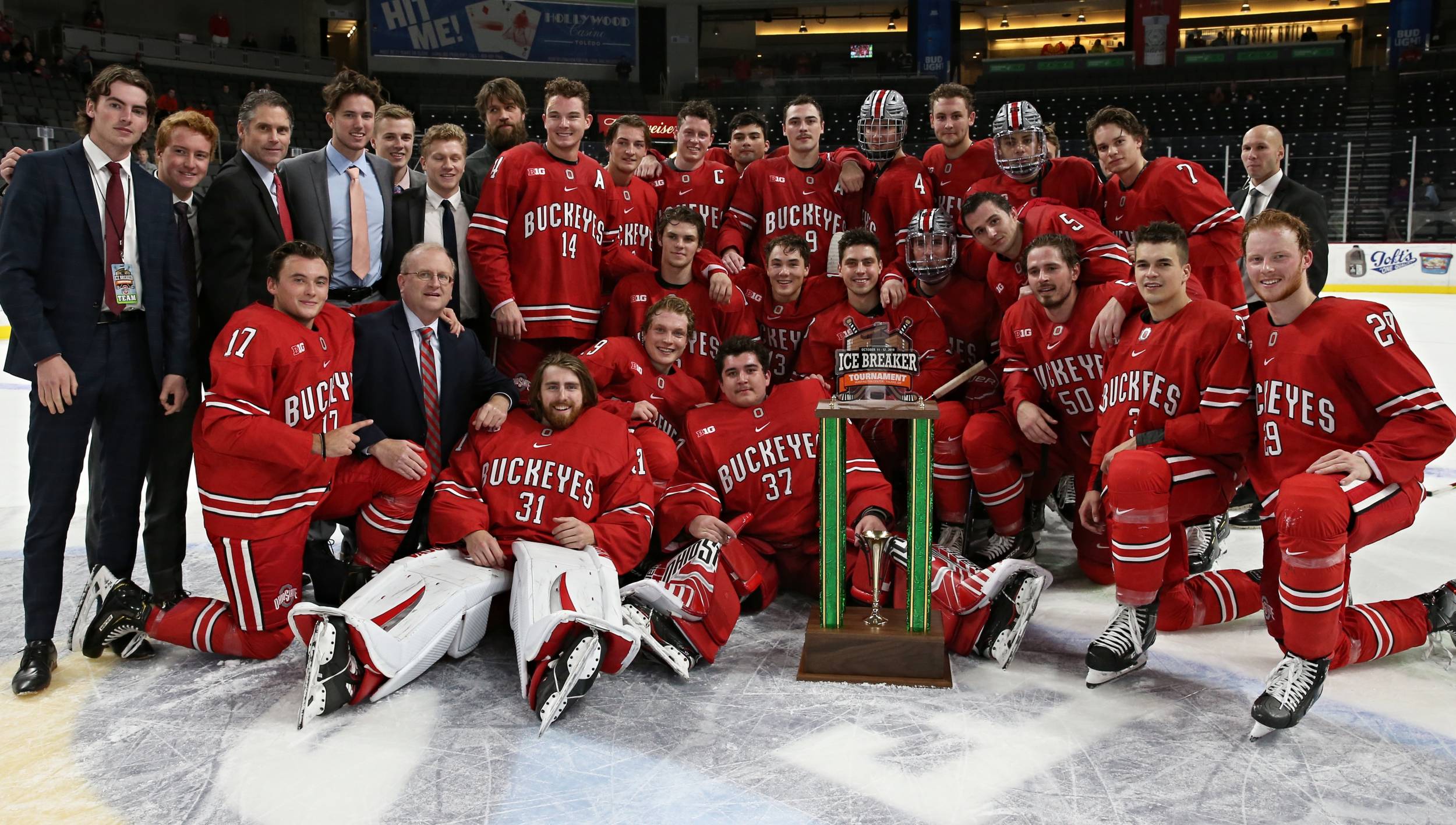 With the football team on its first bye week of the season, it was up to Ohio State’s Olympic sports to fill the void this past week and despite solid performances from a few teams, it was, in large part, a bad week for Olympic sports at OSU. Finished off by an awful weekend, Ohio State went 2-7-2, bouyed by the men’s hockey team and women’s volleyball.

We’ll start with men’s hockey, because it is probably the only team that had at least a decent week, though as opening weeks go, things certainly could have been better for the Buckeyes. Ohio State opened its season with a 2-2 tie on Friday night against Western Michigan. There was a quick bounceback from that disappointing result however, as Ohio State got back on track on Saturday with a 3-1 win over RIT to win the Ice Breaker Tournament.

“You come into a tournament, you always want to win the tournament,” head coach Steve Rohlik said. “It was a hard fought game again tonight. That’s college hockey at its finest. It’s certainly nice to win a tournament. I challenged the team after the first period and I thought our leaders took over. I tip my cap to those guys.”

The Buckeyes take the ice next on Friday, at home, against Omaha.

The other winner of the week, the Buckeyes have still yet to shake a slow start that has greatly impacted the rest of the season. The young Buckeyes grabbed a 3-0 win over Rutgers to start the week off the right way, but were swept in their weekend game for the third straight week, falling to No. 8 Penn State.

Ohio State hosts Iowa next Wednesday, in a game that will be broadcast on the Big Ten Network.

It was a very good week for the women’s golf team, and a truly awful one for the men’s team. The women put up an excellent third place (of 18) finish at the Tar Heel Invitational, thanks to a great showing from Aneka Seumanutafa, who shot seven-under and finished tied for third.

“Aneka had a very steady week and was never out of play,” Therese Hession, Ohio State director of golf, said. “It was great to see her under par and challenging for the individual title.

“It was a real team effort and our team is continuing to learn more things about the game and how to play more efficiently,” Hession added. “I’m really proud of the way they carried themselves in the rain.”

The men’s team partook in foursomes against Clemson and Florida State, losing one and tying one against the Tigers, sending them to a third place battle against then Seminoles that they lost, 2-3-1.

After a 4-0 start to the season, the defending national champion Wisconsin Badgers brought Ohio State back to Earth on Friday and Saturday. Friday saw the Buckeyes unable to score, losing 3-0. Saturday was more frustrating, because Ohio State started really well, but just couldn’t keep the Badgers off the board. After a 3-3 start with goals from Liz Schepers (2) and Brooke Bink, Wisconsin rattled off four straight for a 7-3 win. Ohio State surrendered four powerplay goals.

“We’re scoring goals on the number one team in the country and finding ways to put the puck past them,” head coach Nadine Muzerall said. “We just have to learn from our mistakes.”

The Buckeyes play next on Friday and Saturday against Minnesota State.

The Buckeyes were unable to stop their skid this week, falling to 1-4-1 in their last six games. The week started with a scoreless draw against Purdue, and ended with a tough loss to Indiana, 1-0. At 4-8-2, Ohio State has just three games left to turn things around, with a home game against Northwestern on Thursday starting that stretch.

A 3-2 loss to Cleveland State has Ohio State on the wrong side of momentum entering its final stretch, with five games left to attempt to snatch its first winning season since 2015. The Buckeyes certainly didn’t go down without a fight, battling back from down 2-0 to tie the game in the second half, only to surrender a 66th game winner for CSU.

The Buckeyes take the field next against Kentucky on Wednesday.

Despite goals from freshman phenom Mackenzie Allessie and Emma Goldean, Ohio State dropped both of its games this past week. The first, a 2-1 overtime loss to Michigan, dropped the Buckeyes to 1-3 in the Big Ten, while the second, a 3-1 loss to Stanford, saw Corinne Zanolli score all three Cardinal goals.

“Really proud of the energy and toughens we showed today just unfortunate to come out on the losing end of that game. Michigan is a good team and we were able to work together to handle some difficult situations and come out with some good hockey.

“I liked our response after they scored with a goal of our own and I also liked how well we worked as a defensive unit. This group keeps finding new levels of their play and I know the best is yet to come. This conference is so strong top to bottom and we know we need to be ready to play as well as we can, as long as we can for a chance to win:

Ohio State now sits at 6-6 on the season, and will next play on Friday, against Rutgers.