Olympic Sports Recap: So Many Games 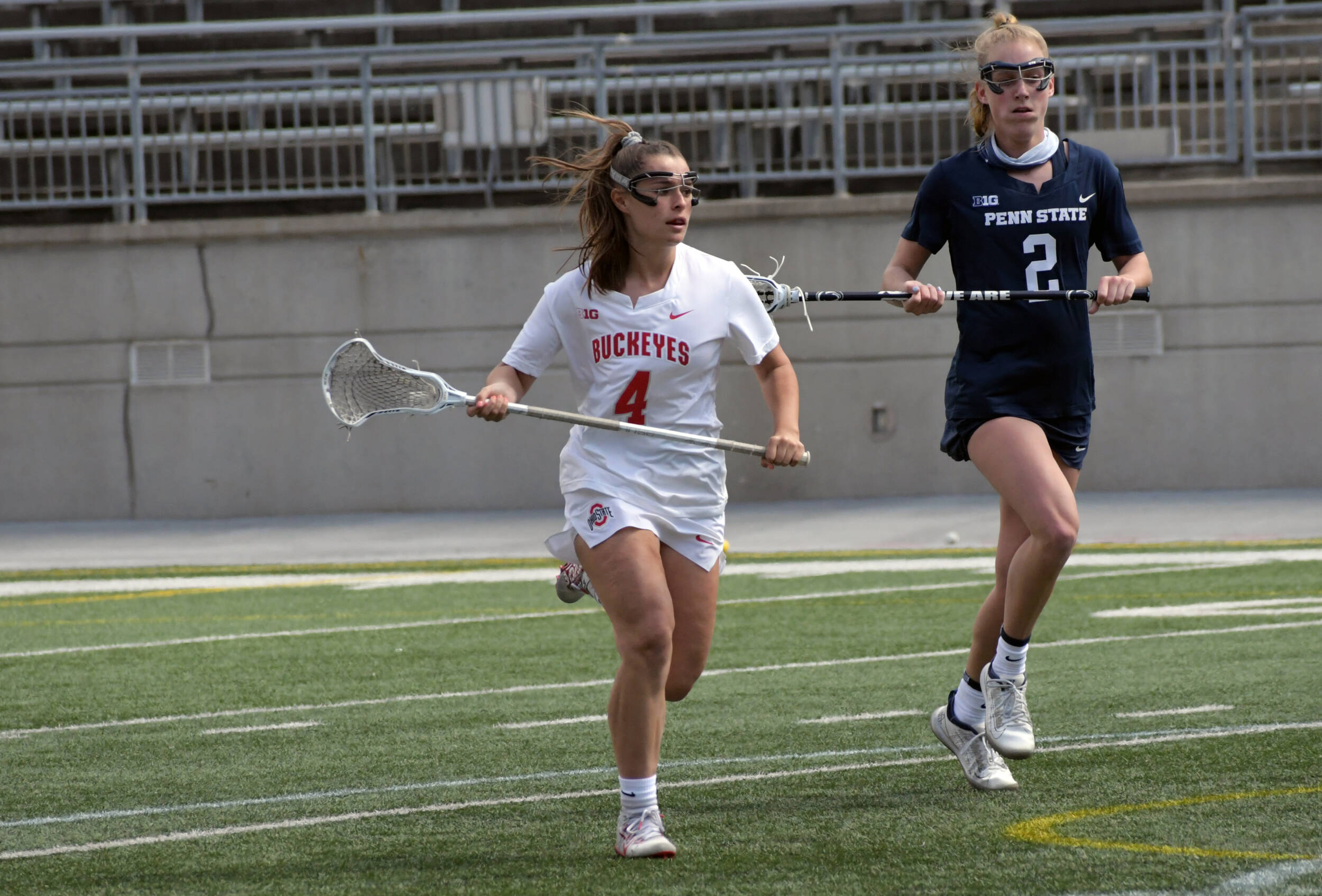 Seemingly every Ohio State team on campus took their respective field this week, so let’s get right into the Olympic sports recap.

Ohio State took seventh place at the men’s swim and dive NCAA Championships, the highest finish for the program since 1965, when the Buckeyes placed fifth. It’s been a banner month for the Buckeye swim and dive program after the women’s team also saw a No. 7 at the NCAA Championships, the first time both Ohio State teams have finished in the top 10 in the same season.

It also marks a second-straight top 10 finish for the men’s team after a ninth-place finish at the last championships, Ohio State’s first back-to-back appearance in the top ten since 1962-63.

“Like I said after the women’s NCAAs, this is all about the quality of individuals we have in this program,” director of OSU swimming and diving Bill Dorenkott said. “(Head diving coach) Justin Sochor runs an outstanding diving program. Our assistant coaches are all excellent coaches and even better people. And our student-athletes come to Ohio State wanting to get better and willing to put the work in to get better.

“We are seeing the results of that effort within a culture of pride, success and respect for core values.”

After a very difficult start to the season that saw the Buckeyes open 1-7, Ohio State women’s lacrosse finally broke through this weekend, sweeping No. 10 Penn State over two games to break back into the win column for the first time since Feb. 21.

This past week was a very good one for those Buckeyes, which claimed two more wins, first over Indiana and then on senior day against Northwestern.

Ohio State blanked the Hoosiers on March 25 while riding a pair of goals from underclassmen to the victory. Freshman Peyton McNamara opened the scoring for the Buckeyes in the 10th minute and sophomore Emma Sears closed it in the 79th minute off of a beautiful Marissa Birzon pass. This was senior keeper Bailey Kolinski’s first career clean sheet.

It was an underclassmen early again against Northwestern, as freshman Kine Flotre delivered the lone goal of the game in the 10th minute while Kolinski put up another shutout. Kayla Fischer led the Buckeyes in shots with five. Seniors Alyssa Baumbick, Meghan Kammerdeiner, Olivia Petit and Maggie Samanich were honored.

The men’s tennis team has fully returned to form, winning its third and fourth straight this week against Nebraska and Iowa to improve to 13-2 on the season.

The Buckeyes swept the Cornhuskers 7-0 in match one, led by a dominant performance in the singles battles that saw Ohio State drop just a single set.

The Buckeyes dropped Iowa in the second match of the week, taking a 6-1 victory over the Hawkeyes. Ohio State lost just a single match on the day, in singles. Scores via Ohio State.

Ohio State avenged one of its three losses and crushed Michigan State this past week, taking down the Spartans and Michigan to improve to 15-3 on the season.

The 6-1 win over Michigan State came first, with the Buckeyes almost completely unchallenged by the Spartans.

Match two saw the Buckeyes just beat Michigan, 4-3, thanks to some late heroics from Irina Cantos Siemers, who defeated Kari Miller 4-6, 6-2, 6-4 to win the match for the Buckeyes.

Ohio State moved to 8-8 on the season with a sweep of weekend sweep of Lindenwood in its final home stand of the regular season, with a trip to Quincy left as the only remaining series this season for the Buckeyes. Ohio State dominated match one, sweeping Lindenwood in straight sets (25-18, 25-18, 27-25) behind a great showing from Michael Wright and his 31 assists, along with a match-high 14 kills for Sotiris Siapanis.

Ohio State completed the season sweep of Michigan with a 14-6 victory over the Wolverines, moving to 3-3 on the season in the process. Michigan fell out of the game early when Ohio State rode a 7-0 second quarter to an 8-1 halftime lead that it would not look back from. Michigan got within four goals at 10-6 with 10:16 to play, but Tre Leclaire netted three goals in five minutes to put the game back out of reach.

Leclaire led the Buckeyes with four goals, followed by three from Jack Myers and two from Mitchell Pehlke and Grant Mitchell.

“A second win over them is always special,” head coach Nick Myers said. “I’m proud of our men for how they prepared and competed today. We found our grove on offense in the second quarter and our defense played their best game of year. It’s back home and back to work.”

Ohio State closed one series well and opened another weekend strong, taking game three 4-1 against Rutgers on Monday to salvage one victory in the series, and split a two-game series against Iowa before taking game one against Maryland on Sunday, with game two scheduled for Monday.

Freshman Kade Kern led the way for the Buckeyes in that last game against the Scarlet Knights with three hits and the go-ahead two-run single in the sixth inning. Starting pitcher Jack Neely had five strikeouts and allowed three hits over 4.1 innings of work. Reliever Patrick Murphy claimed the victory and allowed just one hit in 2.2 innings.

In game one against Iowa on Friday, started Garrett Burhenn dominated, striking out nine batters over seven scoreless innings while allowing just three hits and two walks. It was Kern and senior Brent Todys at the plate for the Buckeyes, as both hit a pair of doubles.

Ohio State couldn’t solve Iowa’s Cam Baumann in game two, as he pitched 7.0 innings and allowed just three hits on the way to a 5-1 victory for Iowa.

The Buckeyes didn’t spend much time in the loss column, toppling Maryland 5-4 on Sunday after striking out 16 Maryland hitters on the day. Neely went five innings, struck out 11 and allowed just one hit – a solo home run. Closer TJ Brock shut the door, pitching two scoreless innings.  Zach Dezenzo led the Buckeyes offense with a home run and a double on a 3-of-3 batting day.

Ohio State now sits at 8-6 on the season.

Ohio State took a 3-1 series victory over Maryland in its home opener on the season, improving to 9-7 on the season. In game one, freshman pitcher Allison Smith gave up just three hits over seven innings to lead the Buckeyes to a 5-0 victory, with RBI from Tegan Cortelletti, Sam Hackenbracht, Mariah Rodriguez and Taylor Pack.

Game two and three came in a double-header on March 27, with the Buckeyes falling 8-2 in game one but exploding to a 13-3 win in game two. Those 13 runs in game two all came after falling behind 3-0 in the first inning, tying the game at 3 in the bottom of the first before adding five more runs in the second inning and three in the third to take an 11-3 lead. Meg Otte led the Buckeyes with three doubles and a triple in six at-bats on the game.

The Buckeyes closed the series with a 9-1 win on Sunday behind a six-run fourth inning. Payton Buresch claimed her third win of the year, pitching five innings and allowing just one run in the process.

Ohio State dropped its lone game of the week against Penn State, 1-0, but had a second game against Rutgers postponed “due to matters unrelated to positive COVID cases within the Rutgers program,” according to a team statement.

“The decision not to travel to Ohio State was supported by the Big Ten Conference, and was made out of an abundance of caution surrounding the health and safety of the participants.”

Ohio State finished 10th in a field of 19 teams at the Clemson Invitational, hitting 30-over par as a team over three rounds. Kent State dominated the event, shooting 12-under par and taking first place. Aneka Seumanutafa led the Buckeyes, shooting four-over par and finishing 24th at the event, one of her lowest finished of the season but still a solid performance. The Buckeyes head next to the Indiana Invitational on April 17-18.

Ohio State’s season has almost seemed cursed at times. The Buckeyes fell to 0-7 on the year after two more close losses, this time to No. 5 Northwestern on two separate occasions. Of Ohio State’s seven losses, six have been by one score or less, including both this weekend. Northwestern took game one 4-3 in overtime with a Ana Medina Garcia game winner. Sophomore Mackenzie Allessie led the Buckeyes with two goals.

Game two saw the Wildcats again win in overtime, this time 3-2. Northwestern scored on a penalty corner in the second overtime period to complete its comeback against the Buckeyes, which led 2-0 late into the final regular period.