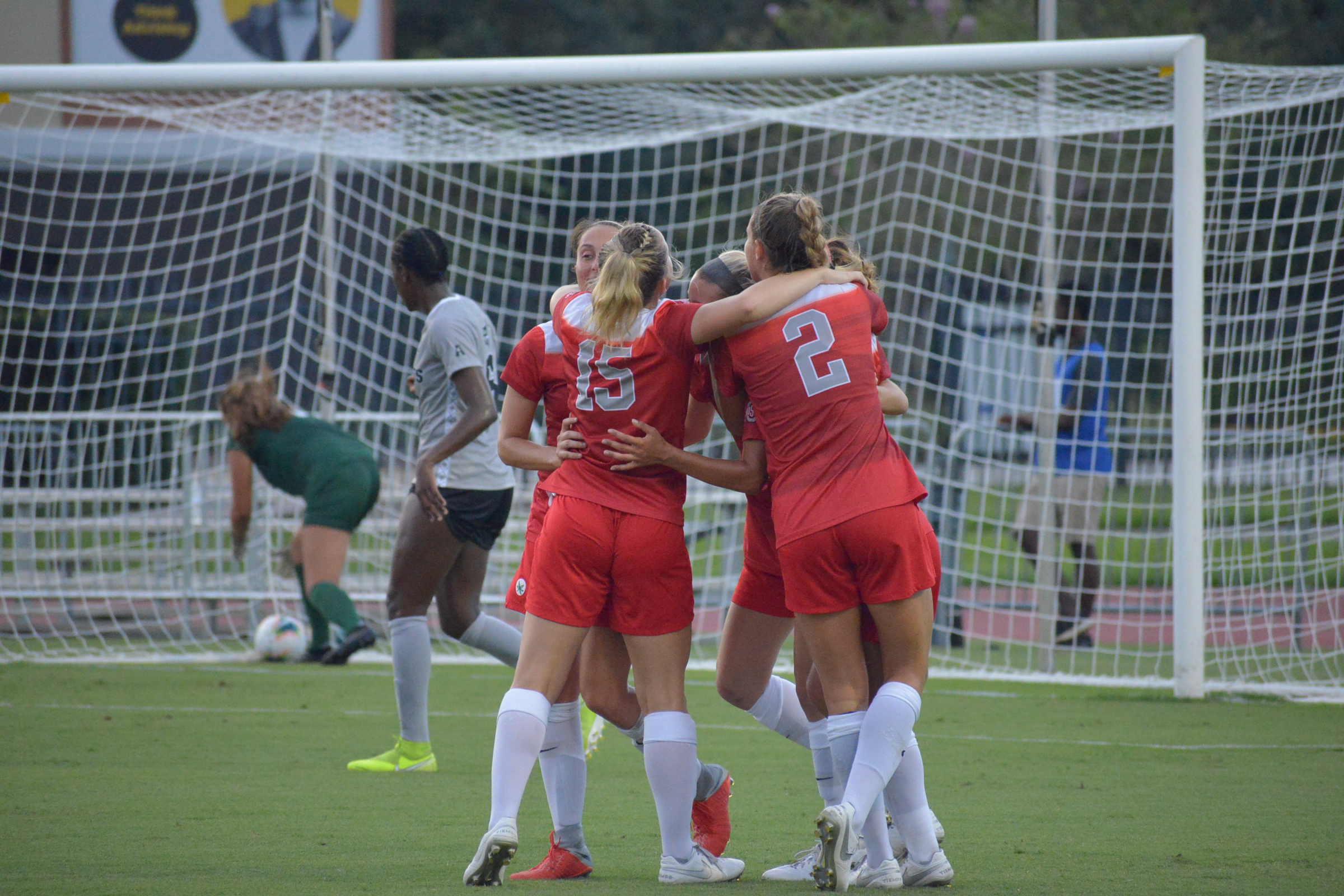 With fall starting up, the brief break from Ohio State athletics is over, and five teams (Men’s Soccer, Field Hockey, Women’s Soccer, Women’s Volleyball and Men’s Cross Country) have all made their return to play this past week or month. How have they fared in early season action?

The Buckeye men’s soccer team kicked off their season on August 30th with a 4-3 loss to CSUN. Despite two first half goals that put the Buckeyes up 2-0, Ohio State couldn’t overcome a late scoring spree from CSUN, with the game winning goal coming in the 82nd minute just moments after Ohio State had tied the game at three.

The Buckeyes bounced back on Sept. 1 with their first win of the season against UIC, 1-0. The goal came by way of Devyn Etling in the 57th minute.

Ohio State’s women’s soccer team is still yet to find its way into the win column, though it was able to grab a tie against UCF on August 28th. With a goal from Marissa Birzon in the 28th minute, the Buckeyes were able to force a tie following two scoreless overtimes.

“This was a really exciting college soccer game,” Lori Walker-Hock, Ohio State head coach, said. “There were two quality teams trying to find ways to break each other down with ball movement, circulation of players and just the quality of organization by both teams. I have a ton of respect for what they have done with their program and it was a really enjoyable match to be a part of. We still have more work to do in front of goal but we repeatedly challenged UCF’s goalkeeper who responded with a few game-changing saves.”

Women’s field hockey opened their 2019 campaign with a 7-0 win over UMass. Alsina E. Clotet lead the team in scoring with two goals. A three goal explosion in the fourth quarter gave Ohio State the impressive blowout win, but they were dominant all game long. They play again on August 2nd, against Boston University.

It was a busy first week for the women’s volleyball team, who had three games as part of the Sports Impact Classic. On August 30th, they beat Lehigh in straight sets, but fell 3-2 to Texas Tech later that night. They were able to rebound the next day and grab a 3-1 win over VCU to end the classic on the right note.

Jenaisya Moore and Mia Grunze were both named to the all tournament team. The Buckeyes play again on September 6th, against Pitt.

Both cross country teams got off to a solid start at the Miami Opener on August 30th. The men’s team finished second with 56 points, while the women took the title with 19. Luke Landis was the highest male finisher at fourth. Abby Nichols led the women in first, but Lainey Studebaker, Allie Guagenti, and Kalee Soehnlen finished right behind her to round out the top four.

Head coach Khadevis Robinson shared his thoughts on both teams.

“Men had a solid first race that was led by seniors Luke Landis and Alex Lomong. Those two really stepped up for us along with a good group of freshmen. I thought they all proved that we’ll have a promising season. They did exactly what we were looking for and we didn’t even have the top five that we thought we would have finish. If the one’s that we thought would be there were, then we will be solid and this is already a better start to the season compared to last year.”

“The women obviously ran very well and won the competition. Julia Rizk is still coming back from all the running she’s done this past year at both indoor and outdoor nationals and was running one of the fastest time in the nation. The top five that we did have finish were amazing and ran as a team, which is exactly what we want. The women are going to have a fantastic season this year but we have to keep working, this is only meet one.”

The next meet is on September 14th, at Vanderbilt.