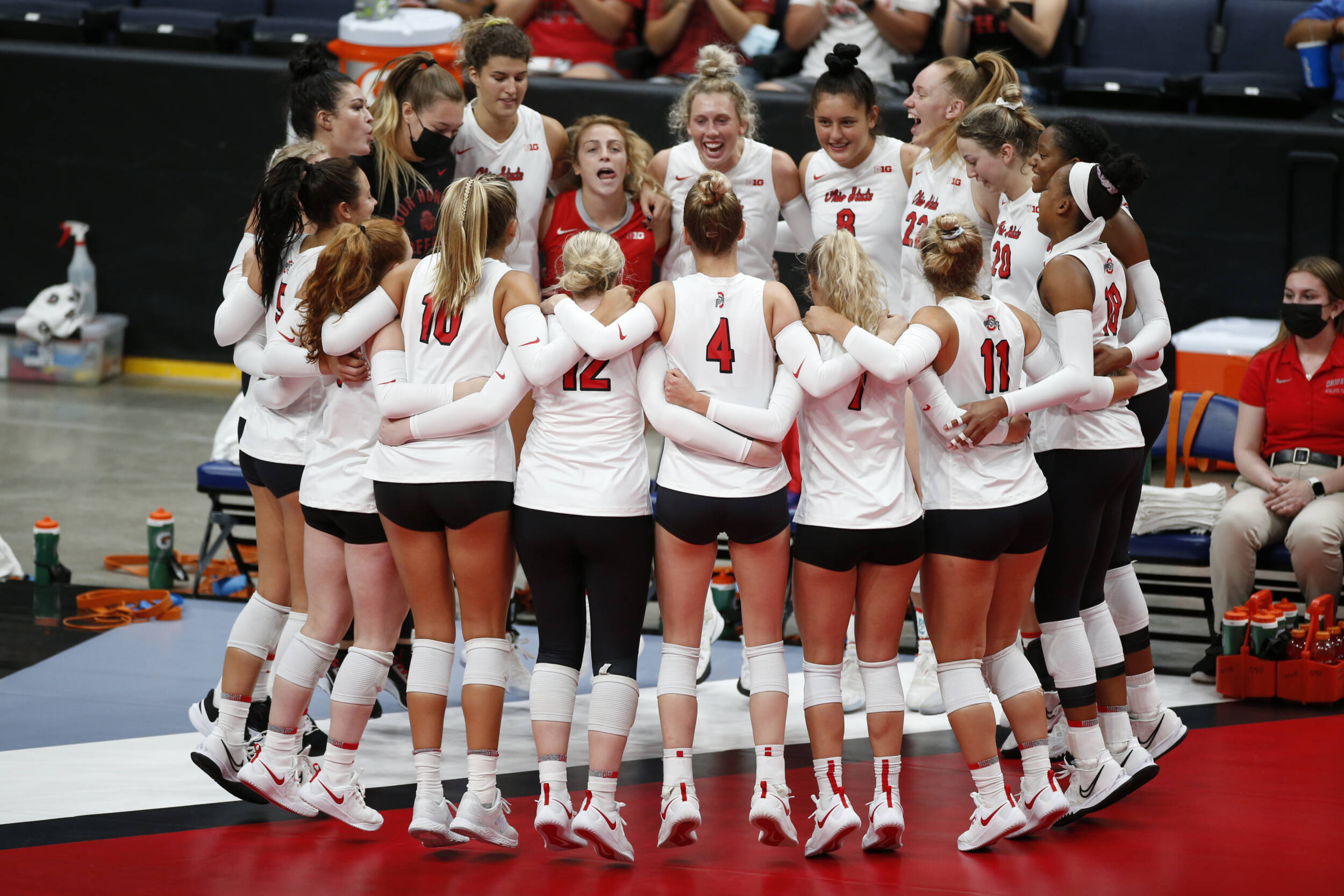 The Buckeyes (2-0) battled back and forth with the Huskies in the first set. Washington strung together a 12-4 run to take its largest lead of the set, 18-10. Ohio State responded with its own 12-4 run to tie the set at 22. The Huskies took the lead and scored the final two points to seal set one.

Ohio State kept Washington close at the beginning of the second but started to pull away as the set continued. The Buckeyes scored six consecutive points to take an 11-6 lead and would not allow the Huskies to come closer than three points for the remainder of the set.

The Huskies took an early lead in the third set, but the Buckeyes strung together an 8-2 run to hold a 10-7 advantage and force a Washington timeout. Ohio State held onto its lead and would take the set 25-22.

In the match’s final set, Ohio State took the lead it would not relinquish. The Huskies did what they could to keep things interesting, but the Buckeyes built a nine-point lead (23-14) that became too much to overcome. Ohio State closed out the game and claimed an early-season upset that sets the team up nicely for the rest of non-conference play.

The Buckeyes travel to Lubbock, Texas, for a trio of matches this weekend. Ohio State opens with a 3 p.m. Friday match against Rhode Island. On Saturday, the team takes on Texas State at 11:30 a.m. and then will play Texas Tech at 8:30 p.m. in its final game.

Senior Kayla Fischer had a significant impact on the game, scoring her first two goals of the season and adding an assist. Sophomore Chloe Delyser had the game-winning score, which was the first goal of her career, and she also added an assist.

Ohio State fell short in their next match, falling 2-0 to No. 2 North Carolina on Aug. 29. The Tar Heels took advantage of two of their limited opportunities, capitalizing off a set piece and a rebound to take home the victory.

The Buckeyes (2-2) outshot the Tar Heels 18-13 on the game and 9-4 on shots on goal. Freshman Kailyn Dudukovich led the Buckeyes with five shot attempts — four of which were on target. North Carolina goalkeeper Claudia Dickey made nine saves, with seven coming in the first half.

Ohio State women’s soccer will host Central Florida and the United States Naval Academy this week. The Buckeyes will square off with the Knights at 5 p.m. on Thursday and the Midshipmen at noon on Sunday.

Ohio State men’s soccer topped Memphis but fell to the University of Alabama at Birmingham in its first two regular-season matches.

Against Memphis, the Buckeyes scored a couple of quick goals in the second half to claim a 3-2 win over the Tigers. Ohio State sophomore captain Laurence Wootton put away a penalty kick to give the Buckeyes an early lead. Memphis answered with a penalty kick of its own to tie the game.

In the second half, Wootton scored his second goal in the 53rd minute, and Xavier Green added his first goal of the season to put the Buckeyes up for good.

Ohio State lost 2-1 to UAB in overtime after allowing a goal in the added minutes. Luke Kiley put the Buckeyes on the board via a Wootton pass off a free-kick in the eighth minute. The Blazers knotted the game at 1-all in the 17th minute after Nathaniel St. Louis put a ball in the back of the net.

UAB scored the go-ahead goal in the first minute of a 10-minute overtime period. Ohio State had to play with 10 players because Wootton received his second yellow card in the 84th minute.

Ohio State takes on Xavie at 5 p.m. Friday at the IU Classic in Bloomington, Indiana. The Buckeyes will play Creighton at the event at 5 p.m. on Sep. 6.

Bough propelled Ohio State to its first victory of the season — the third time in the last six years that the Buckeyes started their regular season with a win. The Whitney Point, N.Y. native, broke the scoreless tie early in the second quarter when she converted on a penalty corner, dribbling into the circle and sending a shot past Ball State goalie Hannah Johnston to the lower right corner.

Ohio State will return to action on Tuesday for a 4 p.m. game at Kent State.