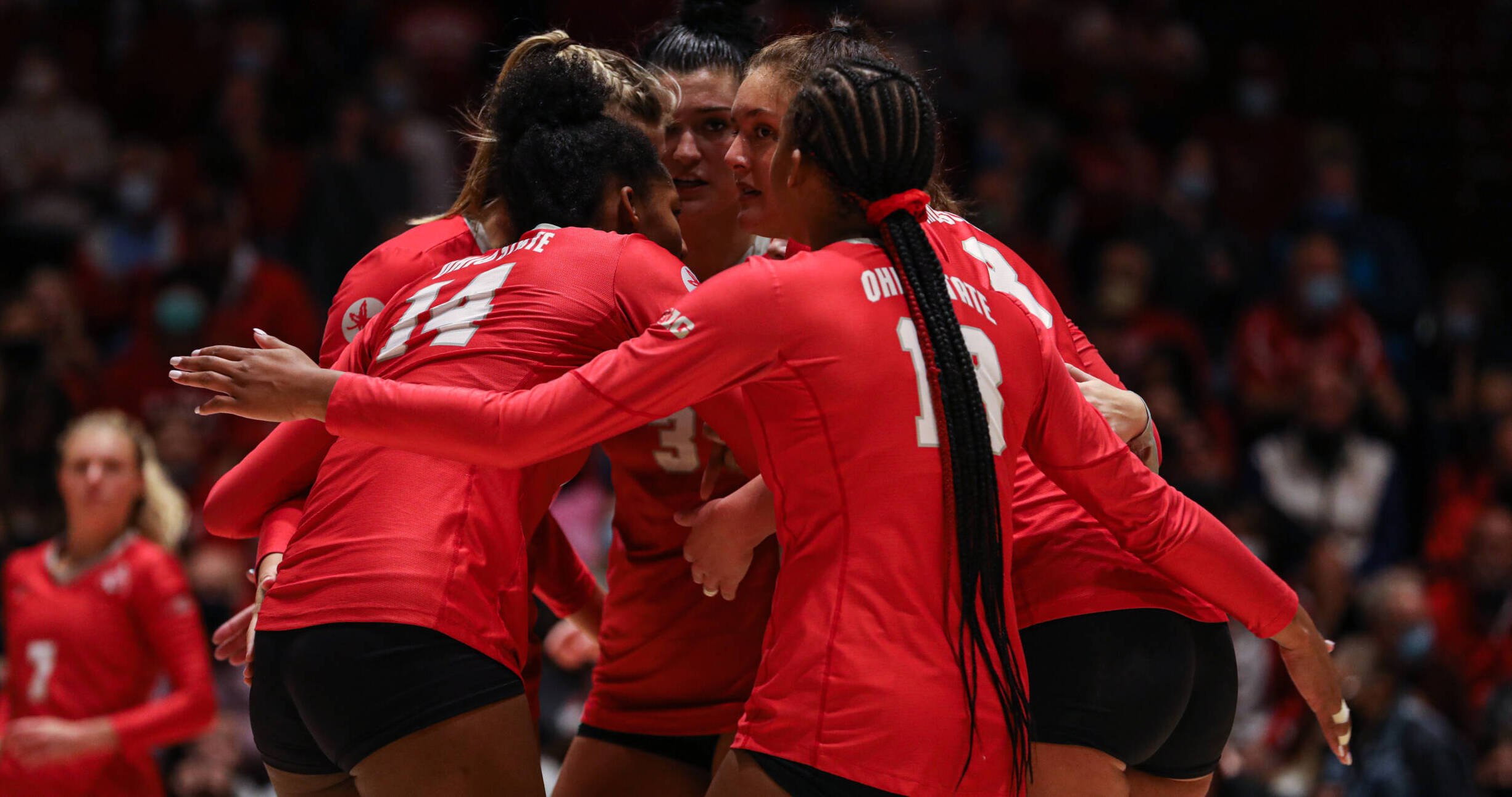 It was a busy weekend for Ohio State women’s volleyball, which earned a four-set victory over Northwestern on Saturday before traveling to Champaign, Ill., to claim a win against Illinois on Sunday.

Gonzales led the Ohio State offense with 15 kills, reaching double figures for the 19th time this season and the 10th consecutive match. Londot also reached that mark, collecting 13 kills, while Murr led all players with 13 digs.

Arica Davis, Rylee Rader, Josie Vondran and Londot all had three blocks for the Buckeyes and stopped a powerful Northwestern offense from making an impact in the four-set match.

Londot registered 14 kills with only one error for a season-best .591 hitting percentage. She also had five digs and four blocks. Gonzales was right behind her with 11 kills, continuing her streak of double-digit finishes.

Davis led all players with six blocks — the seventh time she’s had at least six in a match this season and third time in the last four matches — as Mac Podraza moved up to 11th in program history with 2,427 career assists, adding 40 to her total against the Illini.

Ohio State claimed its eighth sweep in Big Ten play and first win against a ranked opponent when they defeated Illinois. The Buckeyes are looking ahead to a weekend of home matches with Iowa (Nov. 19) and Penn State (Nov. 21) before wrapping up the regular season on the road against Rutgers (Nov. 24) and Maryland (Nov. 26).

Ohio State women’s soccer had its season come to an end in Blacksburg, Va. on Friday evening after losing a first-round NCAA Tournament matchup to Virginia Tech, 3-1. The game was tied at the 67-minute mark but a pair of Hokie goals sent the team to the second round.

The Hokies held a 19-9 advantage in shots and a 13-5 advantage in shots on goal. Buckeye goalkeeper Bailey Kolinski had an impressive game, tying her season-high with 10 saves. Unfortunately, the Ohio State defense failed to keep the Virginia Tech offense from sending the ball on the net, making the game ever-busy for its goalie.

Kayla Fischer had five of Ohio State’s nine shots, including four of the five shots on target. She led the Buckeyes with 19 points off of six goals and a team-high seven assists this season. Freshman Kailyn Dudukovich led in goals with seven and was right behind Fischer with 17 points, which instills confidence in the future of the program.

The game was Ohio State’s 15th NCAA Tournament appearance and its sixth in the last seven years, all under head coach Lori Walker-Hock.

Men’s And Women’s Swimming And Dive

Ohio State swimming and diving won 18 events on Friday night and defeated Denison at the McCorkle Aquatic Pavilion in Columbus.